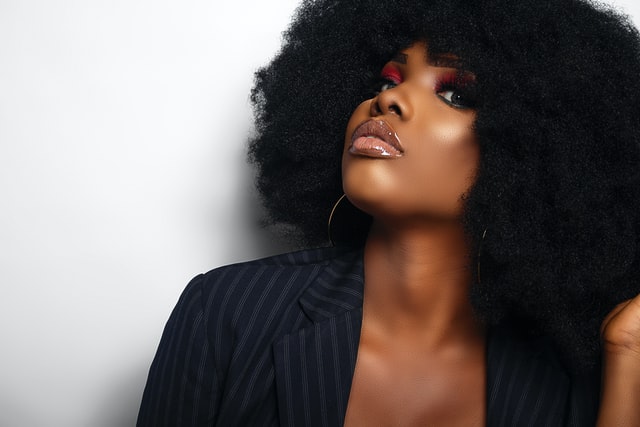 British magazine Vogue based in London is a leader in the fashion world and its cover is considered the very manifestation of trend. It has significantly influenced the volatile world of lifestyle. White models have been historically getting more space than black ones. As per the Fashion Spot's annual diversity report, only 43% of models in the autumn/winter show were POCs. The representation of black women is rare in the fashion line, Vogue has attempted to remove the eurocentric lens from its magazine by featuring black models in its February edition. Some consider this an important statement of anti-tokenism with people of colour taking a substantial place in modelling.

Pavarotti called it a "celebration of women of matriarchy and the beauty of black women". Before this some women of African origin have made it to the cover page, the first being Beverly John, an American singer, songwriter, model, and businesswoman. Rihanna and Naomi Campbell have graced the cover thrice and received positive reactions from readers. This is the first time, nine black models from various parts of Africa star the cover of the magazine. Edward Enninful, the editor in chief of the magazine called this an effort to redefine "what it is to be a fashion model" in a seismic shift that is long overdue.

The nine models are famous in their profession. Adult Akech is arguably the most successful African model working today. She entered the ramp with a bang as a Saint Laurent exclusive for spring/summer 2017. She also attended the met Gala with Valentino in 2018 and dreams of owning a Vintage Chanel and Dior piece. Amar Away is an Ethiopian model who was prominent in the spring season catwalk of Moschino and Max Mara last year. Majesty Amare was in the runway scene earlier this year at Michael Kors, Versace, Chanel, and Louis Vuitton. She was also the opener of the Lanvin spring 2022 show.

Akon Changkou hails from Australia and began as an exclusive for Louis Vuitton in 2020 and has worked with the brand ever since. Maty Fall is the second youngest model on the shoot and us Senegalese Italian. She stirred quite a controversy in 2020 when she closed the Valentino show wearing an undulating white tulle gown. She is a fan of the Prada brand and sports her Prada bags enthusiastically. Janet Jumbo is the youngest model, and she is Nigerian. Another model is Abney Nhial, and she walked the McQueen spring show this year. Nyagua Ruea is a South Sudanese model known for her vivaciousness. Finally Anok Yai, gained the limelight when she became the second black model after Naomi Campbell and the first south Sudanese woman to open a Prada show during the autumn/winter 2018 season.

Most viewers were disappointed with the styling of the models in the shoot, the ambiance was gloomy and dark. Their features were not properly highlighted, and the lighting was so off-kilter that their face was almost indistinguishable. All the models are dressed in black which gave a distant mourning appearance. The most obvious complaint was that they were wearing hideous European-style wigs. If the magazine wanted to celebrate their African heritage, then why not let them be natural in style, with traditionally bright colours and regular hairstyles.

Their skin tones were darkened by several shades making their skin look homogenized and dull. In behind-the-scenes videos of the shoot, their skin colour looked much lighter as compared to the cover picture. The short clip revealed more individuality and variety than the cover who was supposed to convey a thousand words. The models seemed to be presented as the standard European model with an excessively dark skin tone, with the same medieval darkly lit room and expressionless face.

Though there are some problems with the cover page, the point in question is that change does not happen overnight. It is a gradual process, open conversation and debate will lead to change and adequate representation.

Photo by Gideon Hezekiah on Unsplash