We All Want More Sunlight 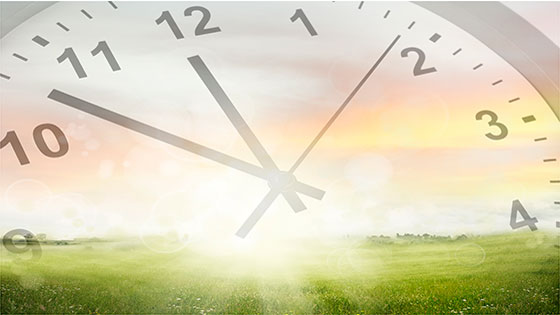 Possible no more clock changes as a bill goes through the House of Representatives next to make daylight savings time permanent. It was passed through the Senate and although the House seems to be in no rush to pass this bill, with much bigger issues going on with the war in Ukraine, there could be an end for daylight savings. Believe it or not, Benjamin Franklin was the original creator of daylight savings back in 1784. He suggested to the editor at the Journal of Paris that people should get to sleep an hour earlier in order to reduce the use of candles. Almost 100 years later, a man from New Zealand came up with the actual idea of setting the clocks back and forth once for two hours in October and again for two hours in March. His idea was that people would have more sunlight during their after-work hours before bed. Neither of these suggestions were taken into consideration until World War One in 1926. Germany was the first country to set their clocks one hour ahead in order to minimize power and fuel for the war. Other countries also started to set their clocks an hour ahead, but after the war had ended, they all pushed their clocks back to standard time. In 1918, a bill was passed in the United States that began daylight savings which lasted less than a year. Then, in 1942 President Franklin Roosevelt passed the bill again and called daylight savings “War Time.” 17 years ago, in 2005 daylight savings times changed again, remaining the same as it is today, beginning on the second Sunday in March and ending on the first Sunday in November.

The United States is now in the process of getting rid of this concept for good. This wouldn't go into effect until 2023 which means that we would set our clocks forward for the last time in March of next year and during the winter months and get an extra hour of sunlight. Now let's weigh the pros and cons of this law being passed. Starting with the cons of daylight savings, it does not save energy. When the law was originally passed there was reasoning that daylight savings would save money by causing less energy. With today's technology, daylight savings does not do anything to save energy. Another con for daylight savings is the fact that it costs a lot of money. In March of every year we get an hour less of sleep meaning more daylight time for people to be up and working, using gas and ultimately costing the country more money. Now let’s talk about the pros. If this bill gets passed and the last time we set our clocks is forward, then we will get more sunlight. Which is great considering winter’s can get depressing when it gets completely dark before 5pm. As someone who loves the outdoors, this is great for activities and getting out of the house. I don’t know about you but ever since the start of 2020 with the pandemic I think we all need to spend more time outside. Going to restaurants, shopping, and outdoor events will also boost the local economy. Another positive for daylight savings is the fact that more sunlight is connected with safety. Another hour of light on the roads have resulted in fewer accidents, less robberies and the reduction of seasonal depression during the winter months. It also, “benefits the agricultural economy, which is disproportionately disrupted by biannual changes in time by upsetting the synergy between farmers’ schedules and their supply chain partners,” which would be great for the current supply chain issues even if it is a small step.

This new bill to end daylight savings is called “The Sunshine Protection Act.” After the Senate passed this bill, Senator Marco Rubio talked about the benefits of this bill. “We see an increase in heart attacks and car accidents and pedestrian accidents in the week[s] that follow the changes…And then the practical one, one that I've witnessed with my own eyes…. We're a country [in which] we desperately want our kids to be outside, to be playing, to be doing sports, not just to be sitting in front of a TV or a computer terminal or playing video games all day. And it gets really tough, in many parts of the country, to be able to do that. Because what ends up happening is, especially for these 16 weeks a year, if you don't have a park or an outdoor facility with lights, you're basically shut down around five p.m. — in some cases as early as four or 4:30 p.m. And these lights in parks and things like that are expensive, and then a lot of communities are resistant to them.”

There are some states and territories of the United States including Hawaii, Puerto Rico and the Northern Mariana Islands that do not participate in daylight savings time and this bill will not require them to do so. The bill also will not alter time zones or the amount of sunlight. The point of the bill being passed is to eliminate the changing of the clocks to standard time during the four months between November to March and keep daylight savings time for all 12 months. As I previously mentioned, the extra hour of daylight during the winter months is crucial. In college every kid talked about how seasonal depression affected them mentally and affected their performance in school, including myself. When you are young you want to be able to enjoy being outside in the sun even if it is the middle of December and you're freezing. Although the bill will not require every state and territory to use daylight savings times, I think they all should. Being on the same clock with everyone and enjoying an extra hour of sunlight everyday, I mean who wouldn’t want that?