What Should Women Wear? 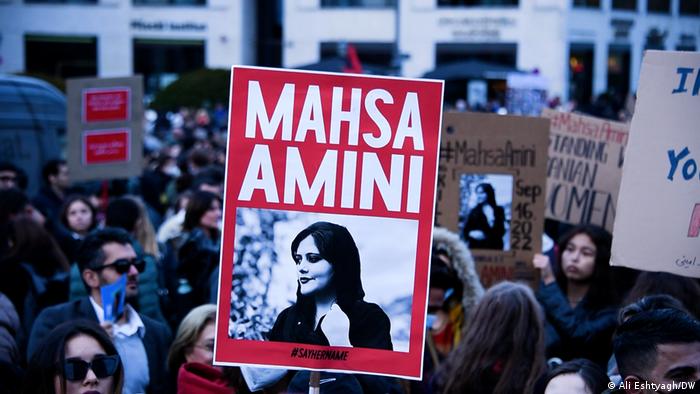 Time and again women have faced controversy for what they wear. Various segments of society throughout the ages have criticized different types of clothing, whether it is a short dress, jeans pants, or even traditional wear.

Some Popular incidents we heard

The recent event involving a 22-year-old Iranian girl, Mahsa Amini, has captured the world’s attention. She was killed after being brutally beaten has once again sparked rage in women. She was detained in custody by the religious police of Iran after being caught wearing her Hijab incorrectly and was punished mercilessly by the officials in the name of not following ‘modesty’. After having her head thrashed on the wall, she went into a coma and was taken to the hospital.

The police in France were seen confronting a woman to remove her clothing as part of the Burkini ban. While the cases of Mahsa Amini and Burkini ban involve governmental intervention in women’s clothing, even one's own family can take similar actions against clothing they find objectionable. As was seen in the case of a 17-year-old girl in the Indian State of Uttar Pradesh who was beaten and murdered by her relatives for wearing jeans and pants according to The Quint.

Surprisingly jeans is the culprit!

Women wearing denim pants are socially acceptable in the western world but in Uttar Pradesh, even the former Chief Minister of the State has expressed controversial views about women running an NGO. He did not find it acceptable for them to be seen in public with ripped jeans. Additionally, a former union minister made a bizarre association of jeans with marriage. Officials in India have also extended their disdain for jeans to politicians as well. A prominent politician Prinkanya Gandhi was attacked by government officials for wearing jeans in the city while adopting a more traditional look when visiting rural areas.

In another incident where women were policed, Uganda bans miniskirts and Uganda’s Ethics and Integrity Minister Simon Lokodo said, “anything above the knee” to be arrested, reported BBC.

Be it in the case of France, Uganda, Iran, or India; the important question to ask is why did a piece of clothing hinder so much in someone’s life causing chaos? The answer lies a little deeper than that.

Looking at some basics

Our clothes are linked to culture and traditions. They play a significant role in determining who we are and where we belong to. They are a source of identity as it distinguishes the people from region to region and country to country. It should be a collective effort of all people in the community to enhance, protect, follow and maintain their own culture through learning, creating awareness, and participation in cultural and traditional activities. It should not be just one group of people who identify themselves as women who have to rigorously follow and conform to every societal standard. However, for centuries orthodox and conventional thinking has made it a burden for women to carry out the generational customs and traditions through clothes, behavior, and various other roles they play.

While cultural dresses identify someone as belonging to a particular place, they are also made to fit the geographical and climatic conditions of the place. So, these costumes have been designed over several centuries to be comfortable and convenient to wear. When most people adopt outfits as per the climate and seasons in their nation, this becomes a customary thing making it a custom there. It is however not appropriate to point out what a person needs to wear or remove, as this may infringe on individual preferences.

Clothes are worn for several reasons. For example: in winter, it is layered to keep the body warm; in summer loose fitting or thin, and short clothes are preferred to let the body cool off the heat; scarves may be worn to protect from dust, smoke, heat, and so on. Since a person wears them for many reasons, it is part of their comfort and choice. What, how, and when they want to wear clothes is their decision. When a person wears a piece of clothing their way, it may be to express or feel comfortable that way or it may be to feel a certain emotion. So, it is disrespectful to judge a person by what and how they dress.

It is not up to anyone but the individual themselves to decide what, when, and how they should look, feel and dress up. It should entirely be the person’s choice about their clothes and appearance as they are living their life every day. Family, friends, the community they live in, and in countries following religious laws, the higher authorities play a significant role in an individual’s life. Though someone’s appearance may be influenced by inspiration, knowledge, and guidance, others’ choice of appearance should still be an option and not an obligation, command, or law. No one should be forcing, manipulating, controlling, and threatening another human being to wear, remove or adjust clothes they deem appropriate or inappropriate. Clothes linking them to traditions and religions are one way of exerting power over an individual’s life through coercion, fear, manipulation, and control.

Talking about more recent cases where girls were killed such as the ongoing protests for Mahsa Amini and the less talked about the case of the murdered Indian girl in Uttar Pradesh, both were murdered due to violation of societal standards of dressing. Don’t you find it astoundingly horrific that women and girls are judged, punished, beaten, and even killed for wearing an innocent piece of clothing like jeans or for not wearing the Hijab according to the set community standards?

It is gravely saddening and unfortunate that these girls are tortured and killed due to something as simple as everyday things as their clothes. However, it is absolutely important to note that how these girls dressed was not what killed them but what certainly did kill them was how they were not allowed to choose. They were resisting giving into a society with systematic coercion. Someone wearing an outfit and how they want to appear in their daily lives is only a natural process of selection of our basic needs as human beings and adjustments we make in our lives. So, clothes should be a matter of choice. As human beings, everyone has that right and freedom, yet women are put in a box and blamed for incidents that occur in their lives every day.

These types of clashes clearly show us that it is not a piece of clothing or outfit that keeps women safe but the people who are trying to control, force, and oppress how women live into their ideology of how women should live.

The Russian Federation: A Flawed Democracy?