Who are the terrorists in Yemen's conflict? 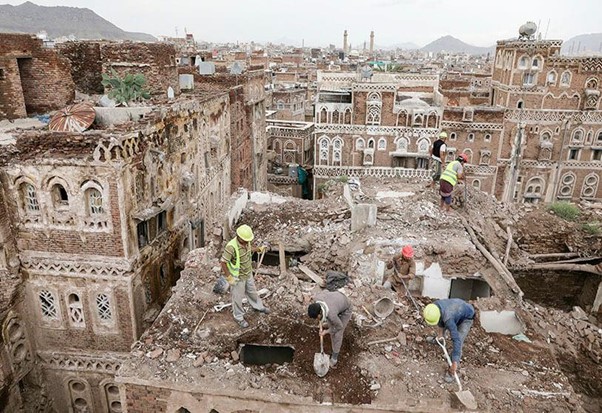 Over the last few years, Iran and Saudi Arabia have increasingly used the label "terrorist" to counterbalance the power of their geopolitical rivals in various Middle Eastern conflicts. The war in Yemen exemplifies this recent trend.

Yemen is currently experiencing the world's worst humanitarian crisis. At the start of the 2000s, a long-running conflict with complex geopolitical implications erupted. It does, however, date back a few years. Then, over time, a variety of different actors, both state and non-state, have entered the complex dynamics of the conflict.

Yemeni insurgent movements have been led by Hussein Badreddin al-Houthi since the second half of the twentieth century. He had previously served in Yemen's parliament. In the 1990s, al-Houthi received widespread religious and tribal support from communities in northern Yemen. Due to their religious beliefs, they were subjected to systematic discrimination by Ali Abd Allah Saleh's pro-Saudi government, which ruled from 1978 to 2012.

The Huthis are Northern Yemeni tribes who practise Zaydism, a Shiite Islam school of thought named after Imam Zaydi bin Ali. According to a popular proverb, Zaydis are "the Sunnis of the Shiites and the Shiites of the Sunnis." It refers to the fact that they and Sunnis have few doctrinal differences.

North Yemen had been ruled by a Zaydite-style Imamate for about a thousand years, until the last Imam was deposed in 1962 and replaced by the Yemen Arab Republic, also known as North Yemen. Since then, Yemeni state authorities have accused the Houthis of plotting to overthrow the ruling regime and impose Shiite-Zaydite Islamic law in the country.

Al-Houthi was assassinated in 2004 on charges of conspiracy against the Yemeni state. As a result, the Huthi Movement launched several military campaigns against the central government, eventually seizing the Yemeni capital and forcing the President to flee in 2014.

The Huthi Movement grew closer to Tehran as the conflict progressed, both ideologically and financially. For starters, the rebels and the Islamic Republic of Iran both blame Israel and the United States for the Middle East's instability ("God is Supreme, death to America, death to Israel, curse on Jews, victory for Islam").

Second, according to a UN Security Council report published in January 2019, Iran provided the Houthis with monthly fuel worth $30 million. Despite Tehran's repeated denials of involvement in the Yemeni conflict, there are some indications that the Islamic Republic is still providing military training to the rebels.

By deposing the weak central Yemeni government, the Huthis took advantage of the outbreak of the Arab Spring to advance their political claims and position themselves as guarantors of stability and order in Yemen. In this regard, the words of a Bedouin in a 2014 interview with International Crisis Group are significant: "The Houthis provide security where none previously existed. They work honestly with the people [...] In Yemen's north, the most important thing is to solve interpersonal conflicts, such as revenge killings, and to provide security. These are the two things that people most want, and the Houthis can provide them ".

It is worth noting that the media has frequently oversimplified the Yemeni conflict by portraying it as a purely sectarian conflict; in reality, not all Houthis are Shiite Muslims, and the term Houthi was originally the name of a Yemeni clan. Furthermore, the Houthis have developed an inclusive and nationalist identity over the years. Indeed, in 2014, the group adopted a new name, Ansar Allah (God's supporters), which encapsulates several currents. As a result, in developing its political agenda, the movement draws on Sunni themes such as opposition to corruption, the importance of prophetic lineage, and Muslim unity, while also presenting itself as part of a single religious community that speaks on behalf of the entire Yemeni people despite the ethnic-religious differences existing within the society.

Because of their religious beliefs and Tehran's support, Yemen's central government has always declared the Houthis to be a terrorist organisation. The Saudi-led Coalition, which began bombing Yemen in 2015, supports this idea in order to counter Iran's influence in the Middle East. The Houthis, on the other hand, believe they are fighting on behalf of the entire Yemeni people and accuse the Saudi-led Coalition of terrorism.

In light of this, Yemen's war is the result of a complex web of conflicts that stem from the country's history and are exacerbated by local, regional, and international strategies. In this difficult context, "counterterrorism" is a strategy for policymakers to justify their actions and maximise their interests. While Riyadh regards the Houthi Movement as a terrorist organisation, Teheran sees it as an oppressed community fighting against the central government to reclaim its historical rights.

Tehran's support for Ansar Allah is an effort to open channels of communication in the Gulf in order to build stronger relations in the future and counterbalance Saudi hegemony, as well as his Gulf allies. At the same time, Iran is aware that increased involvement in Yemen puts itself at the risk of a military confrontation with the Saud family, which it would prefer to avoid because the costs would outweigh the benefits.

In conclusion, the war in Yemen demonstrates how, rather than referring to an objective reality, the term "terrorist" could be a geopolitical tool that state and non-state actors can use to legitimise their political agendas and demonise their geopolitical rivals. Yemen's conflict, like other Middle Eastern conflicts, is not immune to this recent trend.