Why Sunbeds Should Be Banned 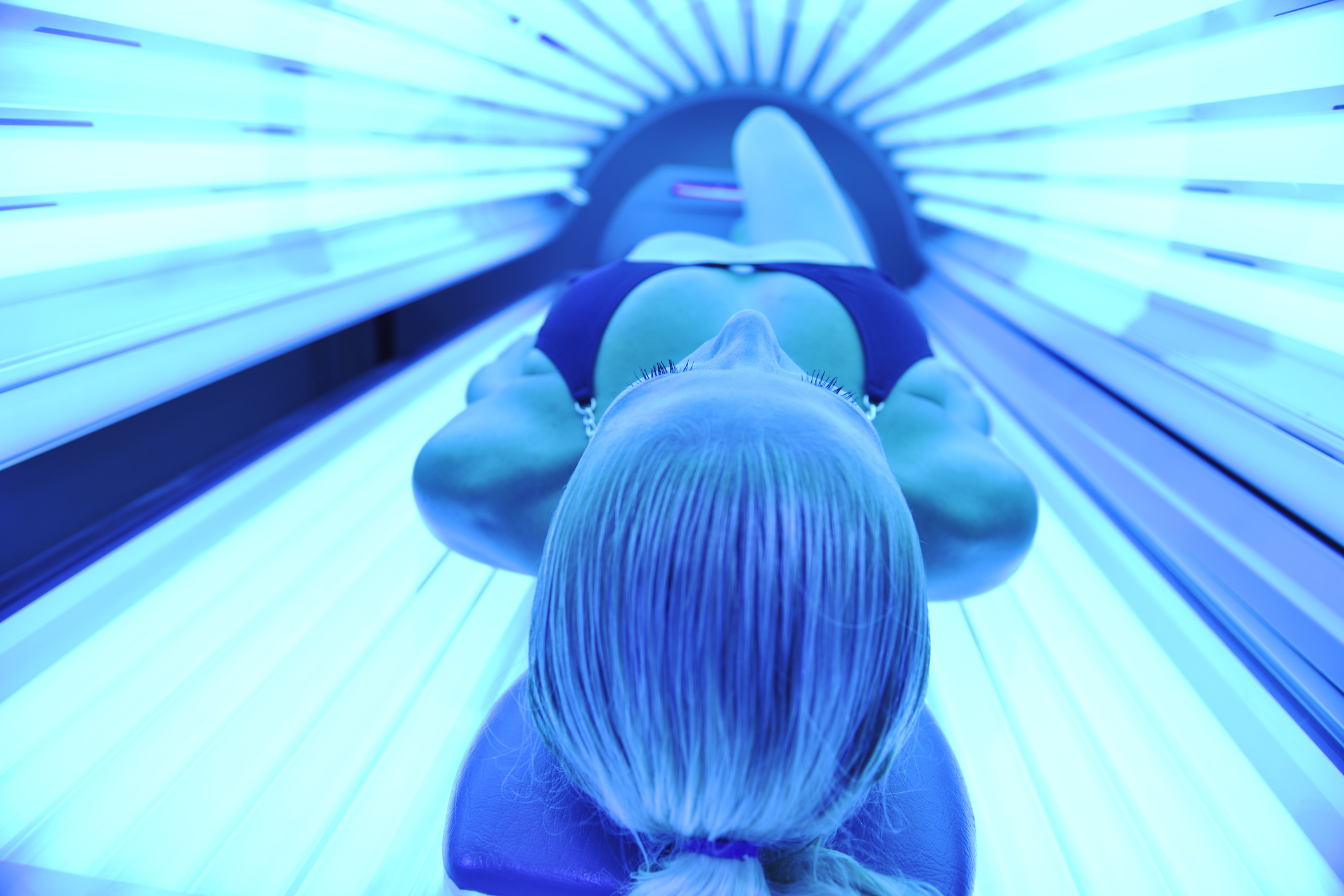 Tanning culture has remained a Western phenomenon, particularly among the pasty complexioned Brits, since the creation of colour television inspired the desire to be luxuriously bronzed. It seems modern-day Britain’s tanning fetish is a flex that one has the disposable income for exotic holidays abroad in the sun. Numerous surveys suggest that more than half of British women are only satisfied post-vacation if they have successfully secured a tan.

The lengths to which us Brits will go for a tan are alarming. Despite the somewhat recent revelations that sunbeds encompass a multitude of health risks, they remain as popular as ever, and increasingly so among young people. In fact, one in ten British adults have been exposed as regular sunbed users. I argue that for health, financial, and even long-term aesthetic purposes, tanning beds should be internationally banned.

How are sunbeds harmful?

The link between sunbeds and cancer is indisputable. Sunbeds employ high intensity UV radiation to tan the skin in a short period of time. This intensified exposure to UV rays causes damage to the DNA within cells of the body. Overtime, this damage builds up to cause skin cancer, including malignant melanoma – the most invasive form of skin cancer, with the highest risk of death. It is estimated that this type of skin cancer alone causes 100 deaths per year in the UK. It is also the most common cancer for young people aged between 15-34 years old, especially young women. Taking precautions to avoid excessive exposure to UV radiation will reduce the risk of getting melanoma, but it is not always preventable. If caught in the early stages, melanomas have a 99% cure rate, but their fast growth rate means it is important to remain vigilant of any changes in either your skin or pre-existing moles.

The extent of damage caused by sunbeds is dependent on various factors, including the strength of the UV rays, how often and for how long you use the sunbed, your skin type, and your age. Those with very fair skin are not advised to use tanning beds.

The strength of UV rays permitted in tanning beds has been regulated - all sunbeds are now required to have a maximum irradiance level of 0.3W/m2. Some salons then permit users to stay in the sunbed for longer periods of time to achieve what was previously possible under a higher wattage.

It is often recommended to first-time sunbed users to have 1–3-minute sessions up to three times a week, which can progress to taking up to ten-minute sessions numerous times a week. To put that into context, ten minutes in a sunbed can be equated to two hours in the hot midday Mediterranean sun – with no sun cream.

UV rays can also cause damage to the eyes, particularly when not wearing goggles. Eye problems caused can include eye irritation and conjunctivitis.

Why do sunbeds remain popular in a sea of modern alternatives?

The fake tanning industry was worth an enormous $877 million in 2021 and is expected to continue to increase by 4.5% by the year 2030. Its growth can be attributed to the raise in awareness of the negative consequences of excessive UV exposure. Faux-tanning products and services are an ideal replacement for the tanning bed industry.

In the wake of revelations about the detrimental effects of sunbeds, the rise in demand for faux tan has inspired tremendous development. Fake tanning mousses and gels come in an array of shades ranging from light to dark, in much more pleasant than previous scents, and are enriched with vitamins, minerals, and hydrating properties. Water resistant and non-streak technologies continue to develop, to one day achieve a fake tanning product which comes as close to a natural tan as possible.

Despite these progressions within the faux-tan industry, tanning beds remain a popular preparation for summer holidays. Their more ‘authentic’ and longer-lasting tan is enough to tempt thousands of people to increase their chances of developing a deadly form of skin cancer.

Sunbeds seem to maintain their place in tanning culture predominantly for their long-lasting effects. However, sunbed tan only lasts about 1-2 weeks after your final session, while some of the better fake tans on the market can measure up to this timeline.

Tanning beds are also addictive. Tanning dependence or tanorexia is when someone develops a physical or psychological dependence on sunbathing or using sunbeds. Tanning beds are also biologically addictive, as well as for aesthetic purposes. Exposure to UV light produces both melanin (which darkens the skin) and endorphins, which are the ‘happy hormones’, and are released when one partakes in an enjoyable activity. Using sunbeds increases the user’s chance of getting skin cancer by up to 20% - the more sessions you have the more you likely you are to develop skin cancer.

Why should sunbeds be banned?

The three main arguments I summarise in favour of banning sunbeds are physical health, mental wellbeing, and money.

This article has expanded on numerous of the health risks increased by sunbeds, most dangerously that of developing skin cancer. Progression towards restricting the use of sunbeds has been made, but I believe these restrictions must be enhanced, and more strictly enforced.

The Sunbeds Act 2010 makes it illegal for anyone under the age of 18 to use a sunbed – the minimum age was previously 16. This is good progress, but as stated, malignant melanomas most commonly affect those aged between 15-34, so there is a wide age range still able to use sunbeds that are at greatest risk. Cancer Research have also stated that using sunbeds before the age of 35 increases the risk of cancer by 59%.

As well as the plethora of health risks, sunbeds paradoxically have an unpleasant effect on the appearance. The excessive UV exposure can cause the skin to prematurely wrinkle and give it a course, leathery texture, ultimately diminishing the self-confidence of the user – to boost which is often the reason many people use sunbeds. It is a sad reflection on society however that premature wrinkling is often a bigger deterrent to sunbeds than the increased risk of skin cancer.

The final reason I argue in favour of the suspension of sunbed use is the unnecessary pressure it places on the already struggling NHS (the free healthcare service in the UK). A study by the University of Manchesterbased solely upon the lifetime of 18 year olds found that banning sunbeds in the UK would not only result in 1,000 fewer cases of melanoma per year, but could save the NHS an incredible £700,000.

I second the University of Manchester’s proposition to also restrict the sale of tanning equipment for private use, or at least encourage those still sold to display prominent health warnings on the packaging as is done on cigarettes – especially since sunbeds too have been labelled a Class 1 carcinogen (causes cancer) by the World Health Organisation. Money spent caring for avoidable skin cancer cases could perhaps be used to give the NHS staff a well-earned pay rise.

Sunbeds are an unnecessary risk taken several times a week by one in ten Brits. They damage the skin, increase the risk of skin cancer, and drain healthcare services. Banning sunbeds could save money, but more importantly, lives.