Why We Should All Go Plant-based 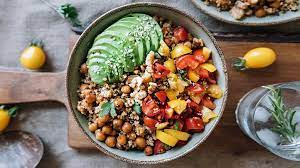 Throughout all of human existence, we have known that there are certain resources we must consume in order to stay alive; water, air, and of course, food. Food is and always will be a necessary staple to human life, and thanks to evolution and globalization, humans have access to every shape and form of food from all over the world. We as a society now have a thriving economic and cultural market for food; we have mastered the art of feeding ourselves. If all of that is true, why is it that almost one out of ten individuals are hungry or starving in the world?As the population increases, food insecurity will become a larger issue, affecting many more people both directly and indirectly. Today, I will be explaining why the world should work towards becoming vegetarian; not for the sake of our health, but for the sake of humanity. I will be discussing the problem of a normalized meat diet within society and its connection to food insecurity, as well as what factors have been keeping the world from becoming hunger-free, and how vegetarianism is the solution to this issue.Hunger is such an old and continuous problem that it almost feels primitive discussing solutions to it. We as human beings have achieved inconceivable feats, from landing on the moon to creating the internet, and yet millions upon millions of people remain hungry. It seems we have missed a step in our progression. And yet, while it sounds simple, hunger stems from a variety of real-world issues that are generally all connected. The main issue is poverty. According to the Bread for the World Institute, “In the United States and other high-income countries, hunger is mainly caused by poverty that results from a lack of jobs or because jobs pay too little.”As hunger rates rise due to a lack of jobs, the economy struggles. As the economy struggles, infrastructure is lessened in quality. Poor infrastructure results in decreased transportation of food. The connection continues, which means that this issue reaches a level of significance that affects all of society. What’s worst of all is that it is us humans that are the cause for the suffering that our fellow hungry peers endure.Another large factor that plays into the problem of world hunger is what people have deemed as “normal” in food culture. When regarding food insecurity, a common misconception is that there simply isn’t enough food to feed everyone on Earth. That’s simply not true. According to The Institute for Food and Development Policy, there are enough global calories to feed over ten billion people, which is more than two billion above our current population, yet people are still hungry. Food culture has evolved to focus solely on the progression of food itself, and not the progression of humans' access to food. Taste has become prioritized over accessibility and security. Hundreds of thousands of restaurants have been founded serving all kinds of different foods, yet only a handful of organizations have been founded to help others eat. World hunger has resulted from a culmination of blissful ignorance and selfishness from every society in the world. We have allowed food culture to become so polarized, that what one person throws away in one part of the world is what another person dreams of eating when they go to sleep.I now want to transition to the topic of the meat industry throughout the world. Even though world hunger has been considered a top threat to human life for a long time, several factors regarding the meat industry have kept past mitigations from working.All over the world, food resources are prioritized towards the meat industry, causing food distribution to become polarized. This has led to increased food insecurity. While mentioned before how there is more than enough food to feed everyone on Earth, scarcity wouldn’t be the only issue causing hunger anyway. Other reasons such as food distribution, containment, and everyday diets also play a role in food insecurity. A Well Fed World, an international hunger relief organization, says, “over a third of the world’s edible crops are fed to livestock.”. All of that is to account for the growing demand for meat consumption. This disruption causes poorer areas of the world who can’t afford meat distribution to suffer from an imbalance of access to food. The supply isn’t the issue, access is, and the meat industry is diminishing worldwide access to food.

Not only does the meat industry cause major imbalances in food access and distribution, but it also uses a very large amount of the world’s resources; resources that can be redirected towards helping millions of people out of starvation. According to PETA, “Nearly half of all the water used in the U.S. goes to raising animals for food. You save more water by not eating a pound of meat than you do by not showering for six months!”.Meat production also takes up large portions of land that could be used to harvest crops that are easier to grow and distribute. The Union of Concerned Scientists explained, “Nearly 60% of the world’s agricultural land is used for beef production, yet beef accounts for less than 2% of the calories that are consumed throughout the world. ”. Considering there are people out in the world that are hungry right now simply because they don’t have access to food, these statistics should upset you. This mismanagement of resources and disregard for others is part of the reason as to why the human race still suffers from hunger.Looking ahead, it will be important for people to understand that practical issues require practical solutions, and in the case of world hunger, vegetarianism can be that solution.In addition to a myriad of health benefits, as well as supporting the rights of beloved animals, vegetarianism can offer answers to the various issues that have been discussed today. With the meat industry subdued or even eliminated, hundreds of crop fields that were made to feed livestock can be changed to harvest for human consumption. Since crops such as fruits, vegetables, and starches don’t require freezing, transportation and distribution becomes cheaper and more accessible to lower income communities. Not only that, but large sources of water and land can be redirected towards harvesting an exponentially larger amount of food compared to livestock. With the multitude of resources that would be available, calorie production and food distribution would skyrocket, reaching poorer communities in cheaper ways and in faster time.Some people might have unanswered questions or criticisms about vegetarianism, one mainly being about job loss. The global meat industry is worth almost two trillion dollars, and its elimination would cause millions of people to have to find a different job. While job relocation is never a great change, the reality is that society going vegetarian would actually create more jobs than if the meat industry was kept. According to The International Labor Organization, “By changing our diets from animal-based to plant-based, it would create some 19 million jobs… over the next ten years.” Without livestock, less mechanized equipment would be used and more people would be needed for crop harvesting. The result would be millions of more jobs being created because of the normalization of vegetarian diets. This can have a positive impact on poverty, which can help even more people escape food insecurity.Throughout history, food culture has prioritized our taste buds over the health and security of our fellow humans around the world. With the implementation of vegetarian or plant-based diets, we can cause a generational change in the way we see food. We can move food culture away from the norms of eating fancy steaks and gourmet poultry and transcend it into seeing food as a necessary right. We can make cuisine from different parts of the world turn away from meat-based diets in order to make food and its nutrients more accessible for future generations. It is true that the varied culture of food may be diminished, but its history will always remain, and prioritizing human life is the best way we evolve past our fight with hunger.  Over the course of this article, I’ve discussed with you all the reasons why society should normalize a plant-based diet in order to help end world hunger. The culture of meat consumption, as well as the meat industry are large factors that contribute to the improper distribution of food resulting in food insecurity, and the most economically and socially effective way to fix this issue is to go vegetarian. Not only does a plant-based diet result in more people being fed, but it also results in more people being paid.It is the twenty-first century, and there are people starving while others eat beef that needs over a thousand gallons of water to be harvested. Next time you order a steak at a restaurant, think about the resources you could have saved. This is not to create guilt, but to create an itch for change. It is to encourage you and everyone else to go vegetarian, and to become part of the change that makes the world hunger-free.