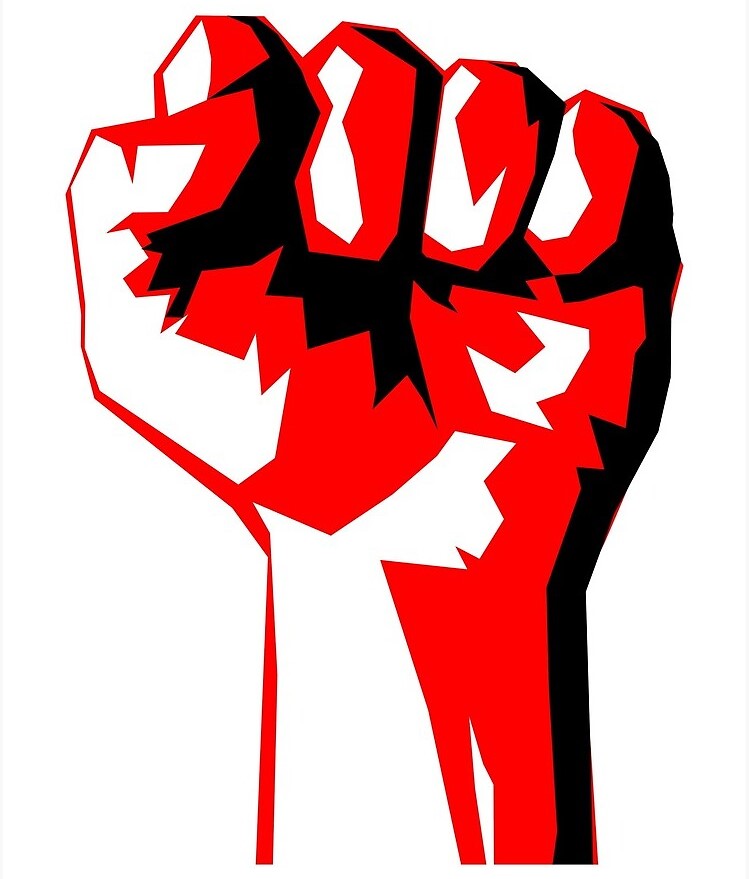 Wages are down, inflation is way up, and workers around the world are suffering a massive pay cut with inflation far outstripping any increase in workers’ earnings. According to this report, almost two-thirds of Canadians are experiencing wage losses due to inflation taking up and overcoming any potential wage increases workers are experiencing. People are experiencing economic hardships that haven’t been seen since the 1980s. One survey even shows that people no longer think that working hard will lead to a better life.

Unionized workers aren’t faring any better. The Canadian Union for Public Employees states that workers who are in collective bargaining agreements have not been able to bargain wages that keep up with the rising cost of living. Although compared to workers who are not unionized, unionized workers are experiencing higher wage increases than their non-union counterparts.

Unions are any collective organization of workers who bargain on improving the working conditions of their employment. The union - in my estimation - is frankly the only tool the average worker has to act as a counterbalance against employers, businesses, and corporations who seek to maintain or reduce working conditions for the purpose of cutting expenses.

The worker’s union is the only way for working-class people and even professionals to collectively bargain for better pay, better benefits, safer working conditions, job security, improved due process, and a way to keep employers accountable for their actions.

There are a million studies out there that indicate that unionized workers are better off than their non-unionized counterparts in virtually all metrics. The unionized workers even unintentionally increase the wage and benefits of the nonunionized worker as well. Here’s one report that highlights the major benefits of unions. Read the report if you want a full summary of union benefits

Without workers working, no company can derive value or generate revenue. Thus, the workers - through a union - will always have the ability to strike (work stoppage) if the employer cannot keep them satisfied.

The union thus poses a risk to the employer’s/business’ interests. As long as there is a risk to strike, the employer will do what they can to avoid that - which means better working conditions for the worker.

This may seem reductive but it really is as simple as that. The ability to strike and thus collectively bargain for the purposes to avoid that strike is the only tool workers need to improve their material realities.

During a time when economic austerity and income inequality are increasingly becoming the defining feature of current economic problems that ordinary citizens are aware of. The union is the primary tool to at least slow inequality down if not reverse the course of it. The most significant redistribution of mass unionization is where business revenues are allocated within businesses and corporations.

Currently, wages are allocated based on what the business requires. A decision that is made by professional business analysts that receive generous incomes in order to maximize efficiencies within their businesses. These professionals express no interest in making the altruistic and ethical decision to provide a better life for hundreds of workers that represent the average person.

Rather than businesses investing in endless R&D, stock buybacks, and executive bonuses; businesses ought instead to give workers - the people behind the real value in business - the incomes they deserve.

If professionals and corporate workers can’t serve our interests, then who will? To me, it seems painfully obvious that workers must unite and forcibly take the dignity they deserve. This force comes with strikes, work stoppages, and bargaining.

Although, the physical force of the nasty kind isn’t out of the picture if people get desperate. Case and point the French Revolution, the Arab and Yemense uprisings, or any other mass protests that exist in the developing world like in Pakistan or India against economic austerity.

The reality in developed countries is that politicians, legislators, and bureaucrats haven’t yet experienced the wrath of average citizens. Whether it be through mass protests, strikes, or coercion.

Keeping things civilized through a small protest here and a protest there does not evoke the necessary response from governments to truly represent the interest of the people. Indeed, one may argue that current protesting rules in developed countries are in fact a way to put a “justified” legal barrier between citizens and their representatives.

However, the barriers against organized labour don’t just end there. Companies like Amazon spend millions of dollars on anti-union efforts. Other companies like Starbucks and Walmart have made headlines for their anti-union efforts, spreading propaganda that unions simply want “associate’s money”, are “communist”, or they force companies to dismiss workers “for cause”.

A Starbucks leaked video has shown the CEO saying that “it’s an American right of workers not to unionize and to embrace the values and the culture of his or her company”. In addition, as a deliberate way to undermine workers' efforts to unionize in one of their stores, Starbucks had actively “investigated” workers for dirt, intimated workers with guards and corporate benefactors, reduced their shifts, and spread your usual “vote NO to unions!” propaganda.

Other companies like FedEx, Bed Bath & Beyond, Nestle, and UPS are also avid union-busters that spend on anti-union consultant firms. Other big companies like Amazon, McDonald's, A&W, Sleep Country, and TJX (owners of Winners, Marshals, Homesense) literally partake in “anti-union conferences” to strategically and deliberately put down workers as a bloc. What a way to publicly spit on the faces of workers. I wish I could name them all, but that would make this entire article only filled with business names. As the reader, all you need to know is this - if you're working for a company, assume that your boss is anti-union

The reason why companies spend so much on anti-union consulting or HR efforts is that companies know that unionization will make a bigger dent in their profit margins than any amount of spending used to circumvent unionization.

For smaller companies with capital that aren’t as massive as Amazon’s, Starbucks, or Walmart. Anti-union sentiment can be seen in training practices, HR relations, and general management etiquette.

Speaking for myself, I’ve seen countless training videos that spew anti-union propaganda from the day we start our jobs. Or getting written up by our managers for “conspiring union talk”. Just mentioning the word “union” attracts daggers from the surveilling eyes of management if they happen to hear it.

This showcases that the management class is not sceptical of unions, but rather afraid to their boots. If they were simply sceptical, then they would at least be willing to negotiate and be at the table with workers. But instead, they put every effort to put the worker down by stripping the potential of any union rising up against them.

But most workers don’t even do the bare minimum of attempting to collectively bargain. Through decades of anti-union efforts by government, media, and business, the ruling class has been successful in keeping the worker neutral and passive.

Through no fault of their own, the worker has been successfully propagandized into thinking the ruling class has their best interests. Brainwashed into thinking that those at the top care about their workers. What a pathetic, weak, submissive, docile, and subservient mindset the worker has fallen into. A hollow shell of what the workers and people of old would do to their rulers; rise up, riot, and transform.

And so the worker stays neutral, slowly climbing the ladder of the company they work for according to the rules of the company. Begging for even a crumb of pay increases that don’t even keep up with the yearly cost of living.

Rather than taking this subservient stance as workers, actions which threaten those above us are not just necessary but required. Being passive and neutral only beholdens those who undermine us.

Passivity is a green light for the ruling class to run over workers in their luxury cars while workers stand in the middle of the road either ignoring the danger or holding up useless posturing signs. As long as workers don’t set up an effective blockade, spikes, or some tangible act that threatens the luxury car on the road, then the spiral into serfdom will continue.