Why you should read the Dune books 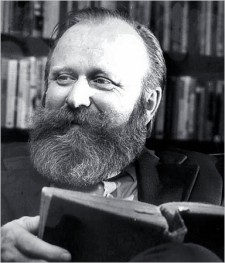 Why the Dune book series is worth reading

Ignoring the influence of the upcoming second Dune feature film directed by Denis Villeneuve, the Dune books in themselves written by Frank Herbert have a tremendous value as a book series. In fact, they provide so much more than the films ever could. Saying it is one of the most influential science fiction worlds is cutting it short. It is a merging of fantasy world building, science fiction technology, storytelling akin to historical fiction, the mythical ideas of religious texts – all packed into a style of writing that is analytical and romantic at the same time. Frank Herbert, an ecologist, brought together all of these elements and influences to create a story that is about civilization itself. Ideas about power, conflict, corruption, currency, resources and culture are all present in these novels among other transcendent themes. They are all treated with the respect they demand bringing forth wisdom of an infinite scale. In other words, you can learn much more about the world from reading these books than from any news source.

The premise behind the first Dune book is the creation and implantation of a prophetic leader into the world: Paul Atreides or Muad’Dib. It is the story of how cult-like groups of advanced humans work together to bring this figure into power as a way to control the course of history. It is a commentary on the savior trope of other science fiction and fantasy stories, and also a fictional recollection of a man’s journey into supreme power against his own will. Along the way, there is a sense that fate is beyond Paul’s hands even though he is the most powerful being in the world, and that he is being chaperoned into ultimate control of everything against his own will. The complete story of Dune including the following novels narrate the profound mark that Paul leaves on the world while being taken along into the future by destiny.

There is immense wisdom to be found in these novels. Going through the first four novels is easily worth it just for the foundation it gives for how history unfolds over time. By bringing in fantastical abilities like time dilation, omnipresence and prophetic capabilities into the story, it can explore elements of space and time that other fantasy novels only flirt with. Whether you like philosophy, history, religious texts, fantasy, there is a lot for you here.

It is a story that is simultaneously loyal to its style and storytelling and surprising at the same time. Being set in a vast universe, there is new technology and culture that is included into the story in each book. They are used to create new threats to Paul’s dominion, that can shatter the status quo of the world and bring it into chaos against the will of history. It is a tireless effort between the forces that want to maintain order and control the course of history at any cost, and the rebels who want to transfer that power to others and unleash the world from tyranny. And that is a dynamic through which we can understand our own history as human beings.