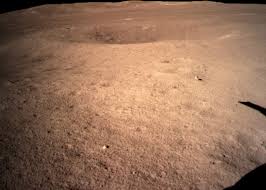 China's Tianwen-1 mission accomplished a significant goal and successfully mapped the whole planet after entering Martian orbit. After circling the planet more than 1,300 times in a little more than a year, the spacecraft has taken pictures of everything from the poles of Mars to its surface features, canyons, and craters.

For China's first interplanetary mission, the spacecraft was successfully placed around Mars in February 2021. Chinese researchers landed a rover on the Red Planet and moved it around after their initial attempt at entering Martian orbit was successful.

China captured the first images of the Martian south pole, where almost all of the planet's water resources are trapped, from orbit. 2018 saw the discovery of water beneath the ice at the planet's south pole by an orbiting spacecraft run by the European Space Agency.

Other Tianwen-1 photos include shots of the Arabia Terra highlands north of Mars and the 4,000-kilometer (2,485-mile) long canyon Valles Marineris.

The orbiter has also transmitted back high-resolution images of the edge of the enormous Maunder crater and a top-down view of the 18,000-meter Ascraeus Mons, a sizable shield volcano first discovered by NASA's Mariner 9 spacecraft more than five decades ago, according to information provided by the Chinese space agency.

Every Martian day or Sol, the orbiter makes three orbits around the planet, delivering messages between Earth and the Zhurong rover on the ground. In order to start the mapping mission, Chinese engineers had the orbiter's speed increased by 78 meters per second, and its orbit time shifted in November 2021.

Before the change in orbit, the spacecraft was primarily in charge of the Zhurong rover's relay communication role. As the hunt for life on the surface of the Red Planet continues, the remote sensing mission will assist China in creating an extensive topographic model of the planet.

The Zhurong rover is on the expansive plain area within the solar system's most significant known impact basin while the orbiter travels over the planet. The main focus of the Tianwen-1 mission is the 240-kilogram robot. After five from the United States, it is the sixth rover to move on the Martian surface.