Climate change is causing catastrophic heat and flooding in 2022. 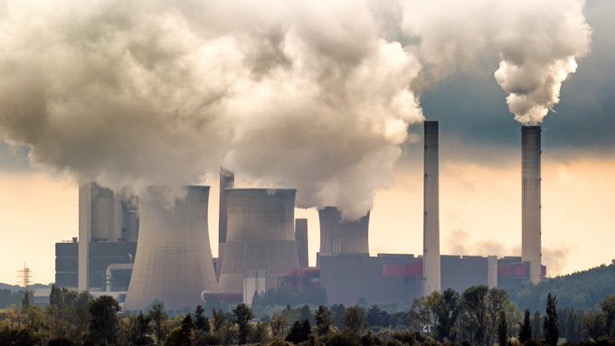 A group of climate experts examined the effect of climate change on specific weather occurrences during the last two decades.

Monsoon rains have caused devastating flooding in Bangladesh, while violent heatwaves have scorched sections of South Asia and Europe in the previous three months. Meanwhile, in East Africa, a protracted drought has pushed millions to the verge of hunger.

According to experts, much of this is to be expectedas a result of climate change.

A group of climate experts released a report in the journal Environmental Research: Climate on Tuesday. Over the last two decades, the researchers examined the influence of climate change on particular weather occurrences.

The findings both corroborate and clarify previous warnings about how global warming will transform our planet.

"We find we have a much better grasp of how the severity of these occurrences is evolving owing to climate change," said research co-author and Victoria University of Wellington climate scientist Luke Harrington.

What is less clear is how climate change affects wildfires and drought.

Scientists rely on hundreds of "attribution" studies for their review study, which try to assess how climate change caused a severe event using computer simulations and meteorological measurements.

Many low- and middle-income nations also have major data gaps, making it difficult to comprehend what's going on in such areas, according to co-author Friederike Otto, one of the climatologists directing the worldwide research partnership World Weather Attribution (WWA).

Heatwaves are almost certainly being exacerbated by climate change."Climate change has made very much all heatwaves throughout the world more intense and more likely," said research co-author Ben Clarke, an environmental scientist at the University of Oxford.

In general, a heatwave that had a one-in-ten probability of occurring is now approximately three times more likely — with temperatures peaking at around 1 degree Celsius higher than they would have been without climate change.

Heatwaves across the Northern Hemisphere from Europe to the United States in June emphasise"exactly what our review article reveals the frequency of heatwaves has increased so much," Otto added.

Nonetheless, the study found that the impact varies by region, with some places not receiving enough rain.

Scientists are having a more difficult time determining how climate change affects drought.

Some areas have been experiencing persistent dryness. Warmer temperatures in the United States' West, for example, are melting the snowpack faster and increasing evaporation, according to the study.

While East African droughts have yet to be clearly linked to climate change, experts believe the drop in the spring rainy season is connected to warmer Indian Ocean waters. As a result, rain falls quickly over the Atlantic before reaching the Horn.

According to the US Forest Service, a controlled fire set under "far drier circumstances than anticipated" went out of control in the US state of New Mexico in April. The flames consumed 341,000 acres of land.

Storm frequency has not risen on a worldwide scale. According to the study, cyclones are becoming more prevalent in the central Pacific and North Atlantic, and less common in the Bay of Bengal, western North Pacific, and southern Indian Ocean.

There is also evidence that tropical storms are intensifying and possibly halting overland, allowing them to dump more rain on a particular location.

So, while climate change did not make Cyclone Batsirai more likely to form in February, it did make it more powerful, capable of demolishing over 120,000 houses when it impacted Madagascar.