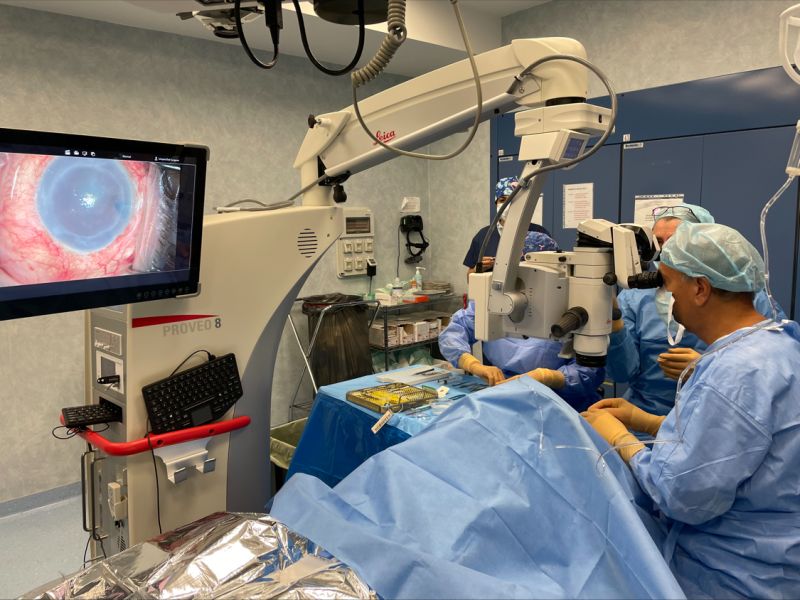 A woman who went blind five years ago was able to fix her eyesight after receiving an artificial cornea transplant, which marked the first surgery of this kind in Italy.

The procedure, which lasted half an hour, was performed at Policlinico Sant’Orsola in Bologna. It consisted of inserting a little synthetic contact lens-like material, which substitutes the endothelium — the organ responsible for corneal transparency. When the endothelium is damaged, the cornea loses its transparency, and as a result, there is vision loss.

Usually, the type of surgery used to fix this problem was a corneal transplant from an external donor, which remains the most common medical procedure in Italy with an estimated 7000 surgeries every year. The most common type of corneal surgery is non-invasive and consists of only substituting the most damaged parts of the tissue, instead of the whole cornea. Although with this technique the risk of rejection is only 4%, the downside is that this surgery might not last long for some patients, who will be required to have subsequent procedures.

“The corneal endothelium is a membrane that plays a fundamental role in the maintenance of corneal transparency and therefore in being able to see correctly. For this reason, in those patients affected by a corneal malfunction, the donor’s transplant was the only procedure able to restore eyesight,” said Luigi Fontana, the doctor who performed the medical procedure.

But the latest successful surgery at Bologna’s Policlinico opens the door for a new frontier in ophthalmology.

“The results are promising. We still haven’t reached the point where we can affirm that an artificial endothelium can substitute cornea transplants from donors completely, but studies are showing the safety and the efficacy of this type of implants in patients with particularly complex corneal pathologies,” said Fontana.

The surgery was considered a success: the woman managed to gain 6/10 diopters in one eye after previously having gone through two corneal transplants that failed.

Apart from being the first surgery of its kind in Italian territory, it was also the 100th carried out worldwide. The technique was invented by Ofer Daphna, an Israeli doctor whose father received his medical degree right at the University of Bologna.

Daphna founded a start-up called EyeYon Medical and currently has a patent for developing EndoArt, the artificial corneal layer that was used during the surgery in Bologna. According to the start-up, EndoArt was created out of a need to fix corneal damage, which affects 13 million people worldwide.

“We are experiencing a result of extraordinary importance, not only for the regional health sector but for the entire scientific community,” regional health councillor Raffaele Donini said.

While still a fairly new technique, it seems that it will keep getting performed. Ever since the first woman received the procedure, two more people are expected to undergo the innovative surgery at the same hospital in the upcoming months.