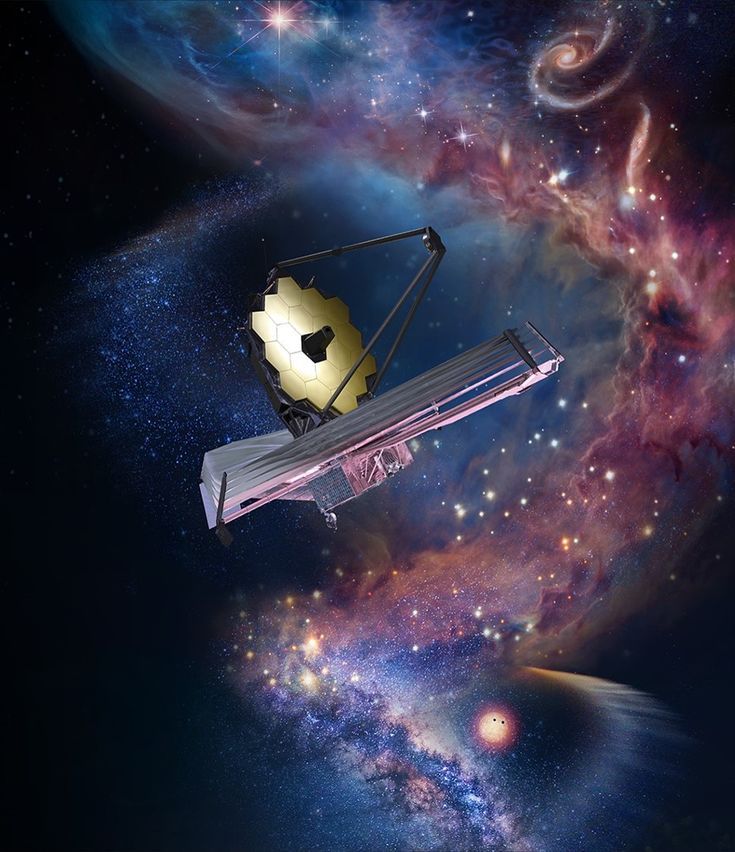 Humans are always curious about what is happening in space and outer space. With technological innovation, scientists explore different ranges of miracles in the universe. With the curiosity to find out the life in outer space, NASA has launched a telescope named James Web Telescope- the first-ever space-based observatory telescope to answer all the questions which scientists wonder.

What is the James Webb telescope?

The James Webb telescope, once known as the "Next Generation Space Telescope" (NGST), is an infrared observatory orbiting the Sun at a distance of approximately one million miles from Earth. It searches for the first galaxies that emerged in the early universe and watches stars form planetary systems. The largest and most potent space science Telescope was renamed in September. 2002 after former NASA administrator James Webb. It is now commonly known as JWST or Webb. It is a renowned observatory with a sizable infrared telescope having a primary mirror that is roughly 6.5 meters in length. From the first luminous glows following the big bang to the formation of solar systems capable of supporting life on planets like Earth to the evolution of our solar system, Webb will study every stage in the history of our universe. It will expand on the learnings from the Hubble Space Telescope.

When was James Webb launched into space?

The journey of exploration began on December 25, 2021.  Webb was launched from Europe's Spaceport in French Guiana on an Ariane 5 rocket toward the northeastern coast of South America. The Ariane 5 was supplied by the ESA (European Space Agency). The 21-foot, gold-coated primary mirror of the Webb telescope was fully deployed on January 8, 2022, marking the successful conclusion of all significant spacecraft deployments in preparation for science operations. It was launched into orbit around the Sun on January 24, 2022, at the second Lagrange point, or L2, which is nearly a million miles away from Earth.

JWST is a massive engineering project that will reshape humanity's space exploration. It will alter how people perceive the universe and have enough fuel to run for the next 20 years.

What are the goals of the Webb telescope?

Webb is an international collaboration between NASA, the European Space Agency (ESA), and the Canadian Space Agency (CSA). The NASA Goddard Space Flight Center is managing the development effort. Northrop Grumman is the leading industrial partner, and the Space Telescope Science Institute is in charge of operating Webb after launch. The primary science goals set  for the Webb are grouped into four themes:

1. The End of the Dark Ages: First Light and Reionization - JWST worked as a time machine that probes the first stars and galaxies forming out of the darkness of the early universe back over 13.5 billion years.

2. Assembly of Galaxies - It helps astronomers to understand how galaxies assemble over billions of years.

3. The Birth of Stars and Protoplanetary Systems - JWST looks into the massive clouds of dust and learns about how and where the stars and planetary systems are born.

4. Planetary Systems and the Origins of Life - JWST also searches for the extrasolar planets as well as objects within our own Solar System.

Shots are taken from the James Webb telescope:

In the first few days of observation, Webb has already captured astonishing cosmic movements leaving astronomers in awe. Some of the mind-blowing photos taken by the James telescope are:

On July 11, 2022, NASA unveiled the first full-color image from Webb, which is the “sharpest and deepest infrared image of the distant universe to date.” Webb's First Deep Field captures galaxy cluster SMACS 0723, which contains some of the faintest infrared objects ever seen.

The next day, July 12, 2022, more images were released showing the capabilities of all four of Webb’s state-of-the-art scientific instruments:

An Astonishing Look At The Cartwheel Galaxy: 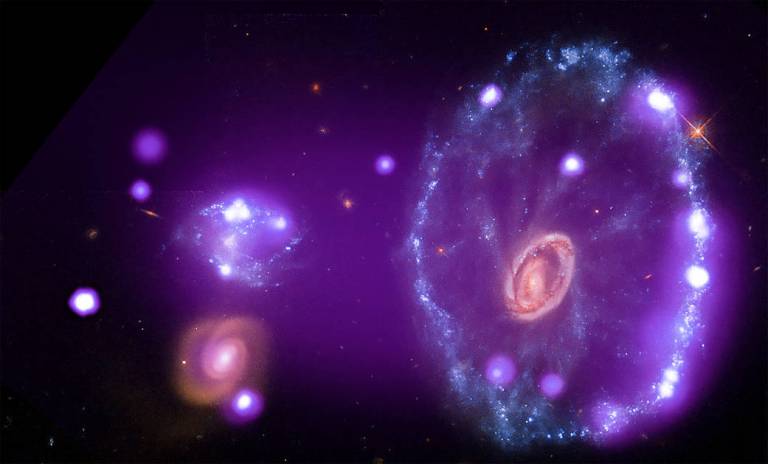 NASA’s James Webb Space Telescope has peeked into the chaos of the Cartwheel Galaxy, revealing new details about star formation and the galaxy’s central black hole. Webb's potent infrared gaze captured this fine image of the Cartwheel and two smaller companion galaxies against a backdrop of many others. It is a rare sight of the Cartwheel Galaxy, which is 500 million light-years away in the Sculptor constellation. The Cartwheel Galaxy has two rings — a bright inner ring and a surrounding, colorful ring. These two rings expand outwards from the center of the collision, like ripples in a pond after a stone is tossed into it. Astronomers refer to this as a "ring galaxy.”

The bright core contains a tremendous amount of hot dust, with the most radiant areas housing massive young star clusters. On the other hand, the outer ring has been expanding for about 440 million years and is dominated by star formation and supernovas. As the spiral grows, it shoves into the surrounding gas, causing star formation.

Webb telescope revealed a high-resolution image of the King of our Solar system, Jupiter. The image clearly illustrates the Great Red Spot, a tremendous storm swirling for centuries. It appears white in these views, as do other clouds because they reflect plenty of sunlight. Webb’s Jupiter observations will give scientists more clues about Jupiter’s inner life. The telescope also discovered Jupiter's thin rings, which are made of dust particles from debris and visible auroras at Jupiter's northern and southern poles and two of the planet's moons, Amalthea and Adrastea.

A remarkable cosmic sight can be seen in a new image from NASA's James Webb Space Telescope: at least 17 concentric dust rings arising from a pair of stars. The pair of intensely violent and brief-lived stars, collectively known as Wolf-Rayet 140, are just over 5,000 light-years from Earth.

A Chilling Snap Of The Pillars Of Creation:

Webb captures the most striking image of the cosmic landscape - that obscures the bright starlight to capture only the flowing, ominous dust. The Pillars of Creation formed more than five million years ago and are typically surrounded by bright stars. This is the first time the world has witnessed the Pillar of creation densely covered in dust, as depicted in the image.

Although the discoveries made by the James Webb telescope uncovered the existence of conditions capable of supporting life, no evidence proved life itself. Astronomers look for evidence of either life exists or not. Until then, the entire world enjoys the grandeur revealed by the telescope.