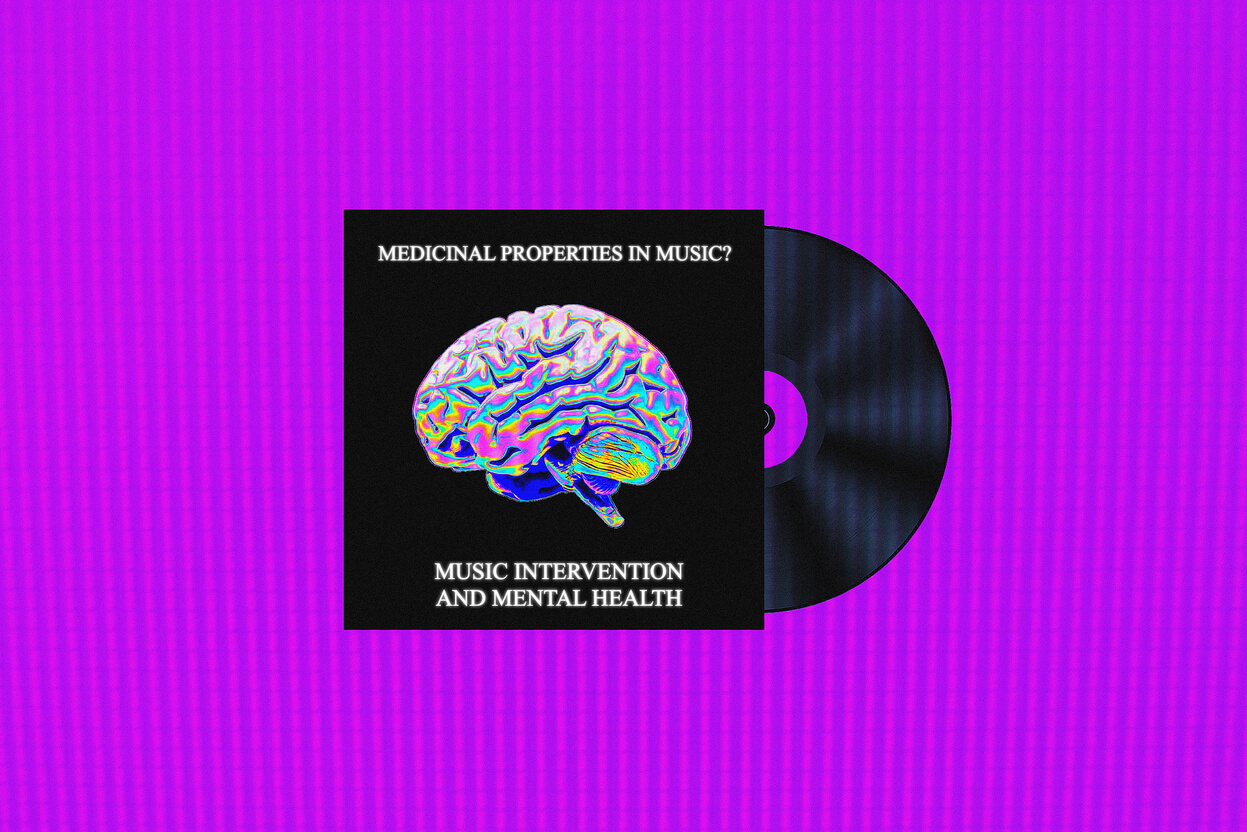 Music has been as simple as sounds in the background, helping people get through a busy cleaning day, and something so grand as an integral aspect of human communication. Despite the commodification of music in recent times, it seemingly has little to no effect on how we appreciate cherished albums, singles, and deep-cuts. Even as the looming music industry continues to profit off of artists, listeners from around the world continue to discover new songs and hold dynamic conversations with like-minded users.

Intensive research suggests that the emotions we release while listening to music are more powerful than one would initially believe. There is a wealth of research regarding music as medicine, helping patients cope with various mental health issues. Recent studies have concluded that music is an accessible addition to existing treatment, providing substantial aid.

At a glance, the conclusions would make sense. Music exists in the comfort of one’s home and various historical archives, equally celebrated in various forms. Due to the integral nature of humans, one would be correct in assuming that music would be influential in the health of an individual or a community.

Lavinia Rebecchini, based in London’s King’s College, conducted a study that elaborates on the premise that music can heal. From as young as newborns, it has been recorded that singing to them “reduces infant distress” and thus forges a stronger connection between parent and child. In her research, Rebecchini explores how music has remedies for everything from mental disorders to those who struggle to communicate verbally.

Studies included throughout the text point to examples of patients playing music as a form of therapy, like the 2007 experiment conducted by Christian Gold. It is introduced as a “quasi-experimental study” by the Norwegian researcher and his peers. Unlike many trials, the researchers opted out of relying on a random sample, selecting 136 children and adolescents, 70% of participants being boys. Seventy-five were placed in the intervention or experimental group, while 61 participants were assigned to the control group. Unfortunately, the results of the twenty-five-week-long experiment point to a lack of significant impact on the patients, claiming music therapy is “effective for some groups” and not others. While the results are understandable, I wonder if the lack of randomization influenced the trial’s conclusion.

Similarly, Dutch researchers led by Martina de Witte conducted an experiment testing music intervention and stress-related disorders. The researchers relied on a large sample population of 9,217 participants and 104 randomized controlled trials with coding and analyzing heart rates, blood pressure, and hormone levels. The experiment also controls for potential participants under 18 and those with dementia. Furthermore, the researchers accounted for the region of origin, dividing the sample trials into two categories depending on whether or not they were Western countries. While the categories exist to highlight the different sources and outlets for stress, the research only focuses on Western and Asiatic countries, thus limiting the global scope of the trial.

Consequently, the trial presents a significant reduction in psychological stress following music intervention. Regarding stress seen in Western and non-Western countries, the researchers have concluded that non-Western countries “yielded larger effects of psychological-stress outcomes.” However, ultimately, the conclusion highlights the weak correlation between stress relief and age, region of origin, or gender. While this information may seem mundane or readily understandable, the results emphasize how randomization in trials gives way to a plethora of specific conclusions that researchers and readers alike can pull from the experiment

As it pertains to the music itself, global researchers have provided a substantial amount of experiments and journals that seemingly prove a strong correlation between a more significant presence of music and a better grasp on stress and other mental disorders. Even the research in the Netherlands pointed to an overall incline in quality of life despite claims that only some participants benefited from the trial.

Knowing that music can help alleviate stress and help patients cope with mental illnesses, it would be interesting to explore to what extent music could improve lives collectively. Music may not be the ultimate solution, but it may lead us to one. The continuous research on music and mental health suggests that we will soon reach the day where the statistical evidence is too blatant to ignore; however, in the meantime, curate a playlist or two of some serotonin-boosting songs and escape in the void for a bit. Music may not solve every issue, but it has the potential to introduce an inviting, feel-good atmosphere or help you realize aspects about yourself that you never really explored. In a world where everything from mundane moments to life-altering decisions feels out of your control, the best thing to do is release the anguish from within you, and it does help to have a soundtrack in the midst of managing your mental state.