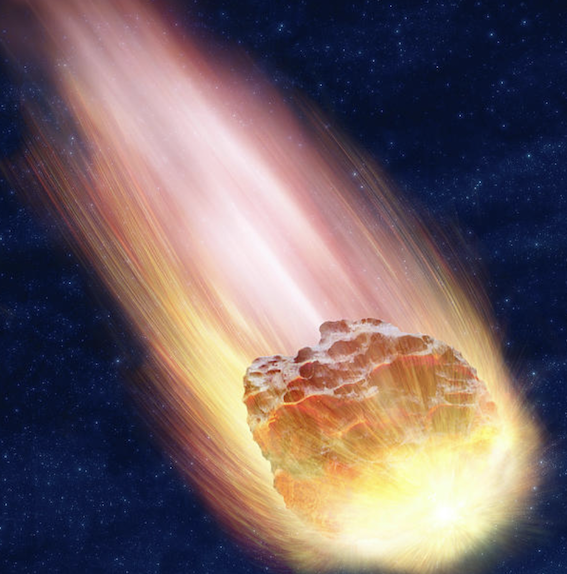 NASA’s new Planetary Defence plan was tested recently, with a small spaceship designed for defence with no passengers, similar to a satellite in size, headed towards a meteor to move it forcefully but safely out of the way of Earth.

Being tested in space for ten successful months, the DART programme or Double Asteroid Redirection Test, made impact with the selected target, a moonlet asteroid called   Dimorphos, which is a small asteroid orbiting another much larger one named Didymos.

The names of the Asteroids are fitting, too, with Didymos being the cunning Greek hero from Athens who tried to perform a sacrifice to the god Dionysus when a dog snatched the sacrificial animal from him. He created the Garden of Kynosarges in honour of the dog's cunning nature.

It is almost as if 65803 Didymos, NASA’s cataloguing number for the asteroid, is being cunning by orbiting near the earth, just like the Dog, in the Greek myth who stole the tribute, while Dimorphos is another variant of the name for Dionysus, who the sacrifice was for.

It is quite witty to call two asteroids the namesakes of a worshipper and a God, which seems to be NASA’s theme, especially obvious in the Artemis one Rocket, being named after the Goddess of Hunting and the Moon, who will one day pass by her brother, Apollo, the Sun, on orbit to the Moon, after fifty years, since anything has been back there whether Astronaughts or instruments.

While Dimorphos is only five hundred and thirty feet long, compared to the asteroid, Didymos, it orbits at two thousand five hundred and sixty feet in diameter - It is nothing like the situations in action or thriller movies such as Don’t Look Up (2021) or Greenland (2020) since neither pose any threat to earth. 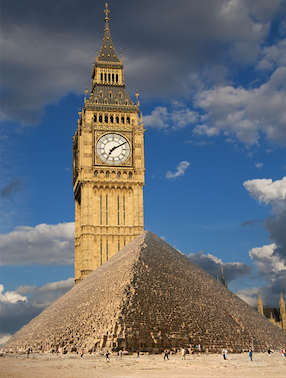 In terms of scale, Didymos is the size of the Great Pyramid of Giza, for the Pharoah Khufu of the fourth Egyptian dynasty, while Dimorphos is roughly the size of the Elizabeth Tower (Re-named after the late Queen Elizabeth, on the event of her Silver Jubilee) which is the famous clock tower, part of the Houses of Parliament and known for the big bell inside, called Big Ben, out one-and-seven-tenths times as tall.

The test, according to NASA’s Administrator, Bill Nelson, ‘-represents an unprecedented success for planetary defence, but it is also a mission of unity with a real benefit for all humanity. As NASA studies the cosmos and our home planet, we’re also working to protect that home, and this international collaboration turned science fiction into science fact, demonstrating one way to protect Earth.”

Sky News reported that the half-a-tonne-sized spacecraft hit Dimorphos on Monday, 26, 2022, which NASA’s Mission control at the Johns Hopkins Applied Physics Laboratory (APL) in Laurel, Maryland, will now monitor to see how the two asteroids’ orbit is affected.

According to their report, it was important that ‘NASA, and the international team of astronomers working with them, chose their target carefully. To prove success, they needed an asteroid they can carefully monitor following the collision. They also needed to make sure any impact wouldn't send a previously harmless piece of rock spiralling towards Earth.’

Thomas Zurbuchen, associate administrator for the Science Mission Directorate at NASA Headquarters in Washington, added that the ‘Planetary Defence (Programme)  is a globally unifying effort that affects everyone living on Earth; now we know we can aim a spacecraft with the precision needed to impact even a small body in space. Just a small change in its speed is all we need to make a significant difference in the path an asteroid travels.’

The small spacecraft used to make Dimorphos slightly change its course and is equipped with navigational software, which has algorithms to help called Small-body Maneuvering Autonomous Real-Time Navigation (or SMART Nav).

To make it so that it can be controlled, Didymos Reconnaissance and Asteroid Camera for Optical navigation (DRACO), along with a guidance, navigation and control system altogether, helped the spacecraft identify the two asteroids from each other.

Several pictures were taken before and after the impact, which will be released in the coming weeks.

For now, Italy’s Space Agency satellite, LICIACube (Light Italian Cube Satalite for Imaging of Asteroids), will take that data from the spacecraft and keep a record of the pieces of the asteroid that may split off of Dimorphos and also measure its trajectory.

NASA estimated that the Asteroids path would be altered by only a little, but all land telescopes, including the new James Webb telescope, will be capturing images, including receiving ones from LICACube, to assess how the long-term effect the DART program will have if we need it in the future for an urgent threat to plant Earth’s defence.

Perhaps one day, we will be able to prevent what happened in the first-ever extinction event to the many species of creatures, plants and the environment of the Cretaceous Period, when just like the stuff of legends and many movie plots, an Asteroid much larger than Dimorphos and Didymos wiped out the dinosaurs.

It might even help us find out why the event caused environmental changes, as global warming and freezing-level events did supposedly follow the years after most of the population of Dinosaurs died out, with many plants and creatures being preserved through many of the ice ages.

At NASA, their astronomers estimate that ‘-they have tracked the orbits of ninety-five per cent of asteroids large enough to destroy life on Earth and none is currently on a collision course. No known asteroid larger than a hundred and fourty metres across is likely to hit Earth in the next one hundred years. But they think they've only found about fourty percent of them.’

Professor Collin Snodgrass, who is part of the Global DART team based in Edinburgh, assures us we have nothing to worry about, though, as ‘An asteroid impact is the one kind of natural disaster that we could potentially see coming decades away.’

While fascinating, I doubt that any of us is likely to experience a silver-screen-worthy, extinction-level threat in our lifetimes.