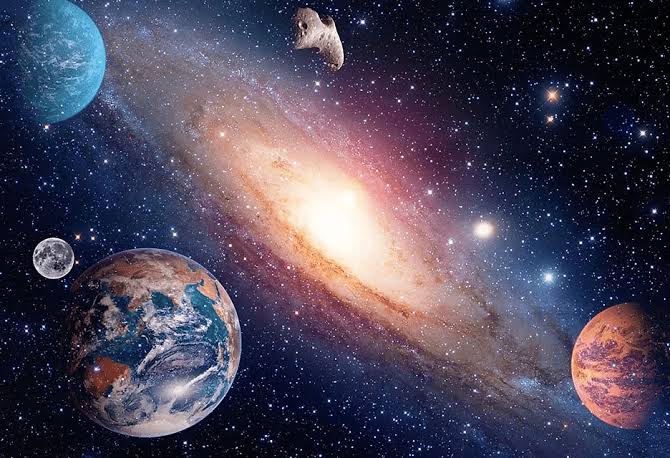 Have you ever wondered how many changes have occurred since the birth of our Universe and, how many are still to come?

I learned in school that there were nine planets in our solar system, but a recent report says that there are now only eight. Some scientists says, there are many galaxies in this universe other than the Milky Way, and maybe life is also present in some of them.

In this article, I will discuss some basics of Our Universe. Let us refresh our knowledge by going back to the Universe basics. Maybe we will get to know something new from the old information.

Basics of the Universe

Our Universe consists of planets, meteorites, stars, gases, galaxies, moons, comets, rings and many other things, with different characteristics exhibiting their power separate from one another. If we see the sky, so many stars are beyond counting by our naked eyes. There are billions and trillions of stars in the sky.

For the past many years, scientists have made many discoveries regarding planets, moons, and black holes. The recent discovery was thousands of worlds with their moons and gravitational waves for the first time in human history. They also produce images of giant black holes, the leading cause of gravitational waves.

It is believed that the formation of planets in our solar system was due to LHB (Late Heavy Bombardment) or Lunar Cataclysm, which means the time when many asteroids were colliding with four inner planets, also known as terrestrial planets- Mercury, Venus, Earth, and Mars.

Another likely believed cause of LHB is the slow movement of outer more giant planets, due to which the gravitational push and pull between the worlds in different directions got unstable and disturbed, making the debris and asteroids collide with the inner planets.

There are thousands of planets away from our solar system, and most of them have similar characteristics to our planets. But it is not confirmed that life exists outside our Solar system.

The tiny, unimaginably hot, and dense- within a few million seconds, there was a BANG!

Our Universe expanded at an uncontrollable speed known as Big Bang Theory. The first Hydrogen and Helium atom were formed when the Universe cooled slowly. The next billion years were the “dark ages,” the age of cosmic gases.

The particles moved in different directions in uniform states. Slowly and gradually, the formation of gravity also started.

Our solar system took billions of years to settle down around the sun. Before that, our Earth was just full of harmful gases. Do you know how many times these planets have hit each other and how much will be the impacts of these hits all over the universe?

A minor hit of planets will cause destruction, which we can’t even imagine in our present life. Life is stable now on our Earth. So, we expect and pray that disaster does not happen shortly.

Earth was a rocky planet revolving around the sun, even since our solar system was formed. It was extremely difficult for any living being to survive in that atmosphere. Slowly, our Earth started melting and cooling down. Due to its melting and cooling process, Earth formed its core, mantle, and crust. Some elements evaporated, and some remained as heavy particles, sinking to the bottom.

Even today, Earth is changing to shifting, sliding, and colliding, which even cause tremors like earthquakes, volcanic eruptions, and the rise of mountains. The speed of these changes is fingernail growth, yet it causes considerable destruction.

Even if our Earth’s got its crust, it was not favorable for living beings to live in. It has been challenging to make all human beings, animals, plants, and microbes live.

At the start, microbes had struggled for their life to live due to hydrogen present on our Earth. It took millions of years for these little living beings to take energy from the sunlight, due to which a new process took place for the first time on Earth known as Photosynthesis, which made way for Oxygen to release in the Earth’s atmosphere.

The release of Oxygen helped Earth’s atmosphere in cooling. Ice sheets began to form in most parts of Earth. With the help of Oxygen, there was a protective layer around the atmosphere of Earth.

Even though the existence of Oxygen was a protection for Earth, it took another million years for lives to exist on Earth.

My idea for writing this article was to refresh ourselves with the knowledge we had gained in our schools and colleges. Since everyone's childhood, whatever we have learned, we found out that our Universe is still changing and evolving. Let us hope; I have helped everyone to think about the little learning we gained during our childhood. With this article, you will also see that we have seen many changes in the recent past and many more changes in our future. Our Ancestors had seen the mass changes, we are at present experiencing present changes happening around us, and our co-using generations will see many more extensive changes to come on our Earth.

“Our Universe is very vast, and so are its features.”