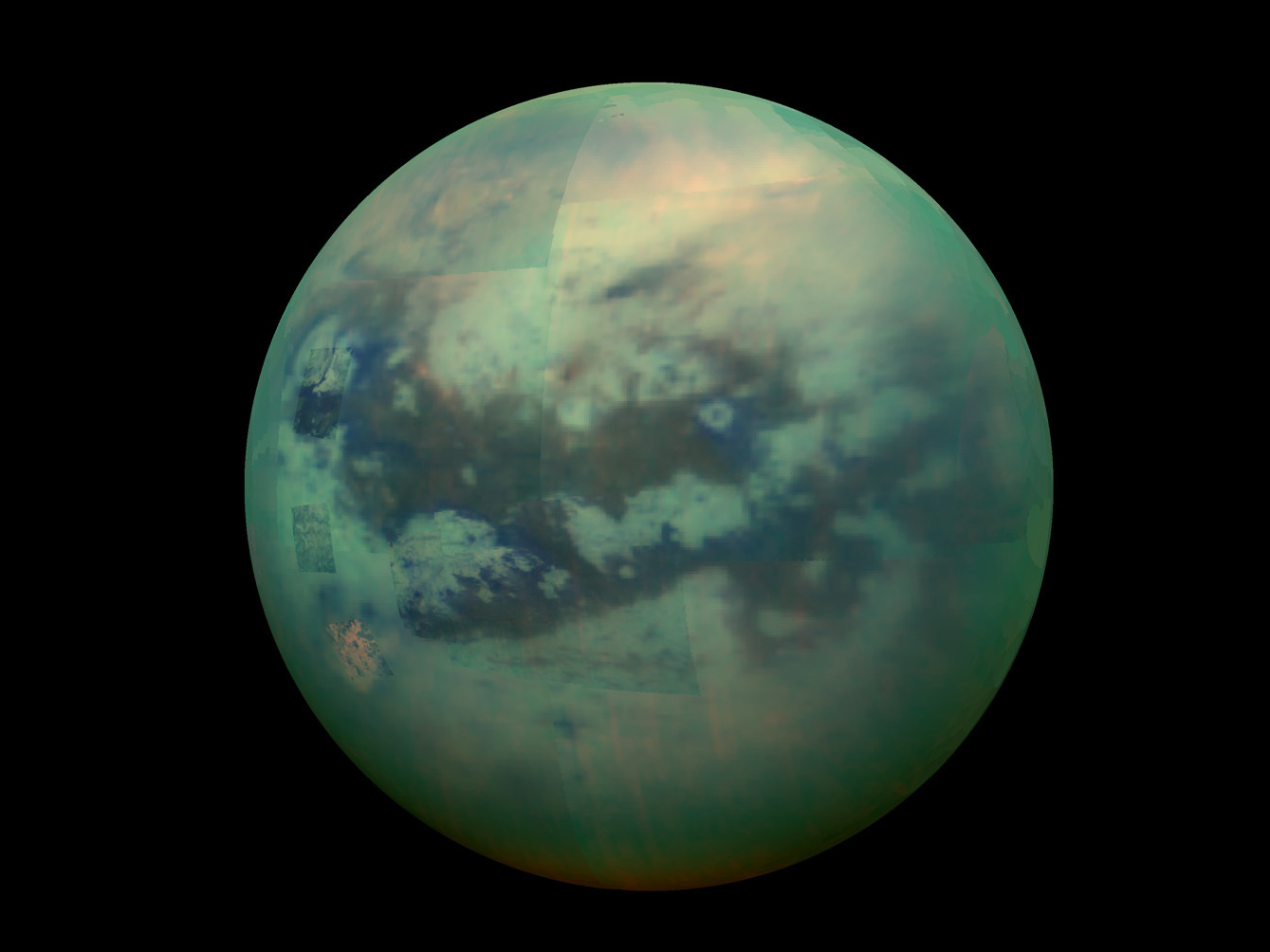 The Moon of Saturn Titan and Earth share some startling similarities. Rivers, lakes, oceans, and rainstorms exist, but they are made of liquid methane rather than water.
The dense atmosphere of the Earth allows for wind and liquid flow on the surface. Titan's does, too, even though it's freezing there. Though the liquids are mostly methane and ethane, they still flow, and ices in the sediments are thought to behave similarly to rock on Earth. As a result, the landscapes on Saturn's moon, Titan are strikingly similar to those on Earth.
The characteristics that connect Earth and Titan are made up of inorganic silicate grains like quartz, whereas the particles that make up Titan's terrains are made up of far more delicate organic hydrocarbons. Geologist Mathieu Lapôtre of Stanford University recently published research in Geophysical Research Letters that explains how Titan's landscapes could have formed, even if they were made of other materials.
"Sediments on Saturn's moon are thought to largely consist of mechanically weak organic grains, prone to rapid abrasion into dust." A team of academics led by Stanford University planetary geologist Mathieu Lapôtre explains this in a recent study.
The sand particles in Titan's dunes should become finer and finer over time caused by rapid abrasion, eventually grinding away to dust.
This fine dust would eventually disperse in the atmosphere, making it impossible to build cohesive structures like massive dunes, which require larger, coarser particles to combine.
particles to combine. However, the presence of massive dunes on Titan leads the researchers to believe that some unknown development mechanism capable of strengthening the grains and counteracting abrasion pressures is at work.
"As winds transport grains, the grains collide with each other and with the surface. These collisions tend to decrease grain size through time," says Lapôtre.
They discovered the answer by studying a specific sort of sediment found in shallow tropical waters on Earth called ooids. Ooids are small, spherical grains that can be found on Earth and have a composition comparable to Titan's.
Ooids are found in tropical waters, forming very tiny grains. These grains accrete material through chemical precipitation while also eroding in the water. As a result, their size remains constant.
Winds were more abundant around the moon's equator, which generated ideal conditions for the creation of dunes, according to the researchers. Lower winds, on the other hand, may have allowed coarser grains to form, and hence more solid sedimentary rock to form. Wind may then erode the tougher rock into finer sediments, much as it does on Earth.
Furthermore, because Titan is the only celestial body in our solar system with a seasonal liquid transport cycle other than Earth, Lapôtre's team suggested that the movement of liquid methane contributes to erosion and sediment development as well.