The Last Supermoon of the year is here, learn all about it 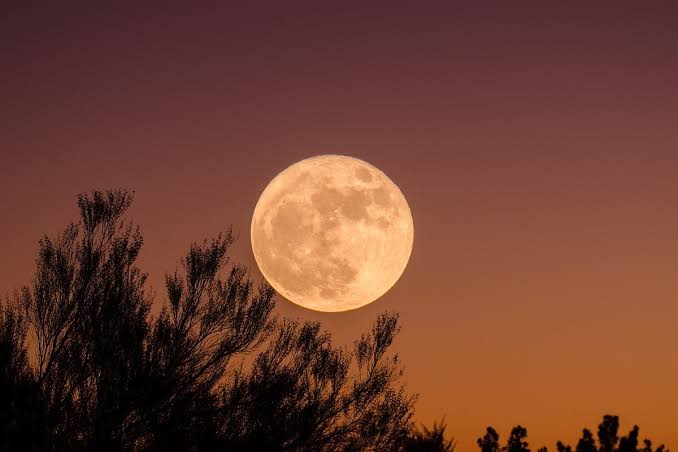 The fourth and final supermoon of the year is called The Sturgeon Moon and will be visible in the sky on Thursday, Aug. 11 until Sunday morning.

The astronomical event began on Thursday, Aug. 11, and will be visible until Sunday morning. The fourth supermoon of 2022, and the last of the year will reach its peak illumination at 9:36 p.m. ET. According to NASA, this moon is called The Sturgeon Moon.

August supermoon is a full moon 90% closer to the Earth in its Orbit. NASA reports that “supermoons appear 17% bigger and 30% brighter than when the moon is at its farthest point away from Earth.” In media, it's always interesting to understand what it means to be called a full moon or supermoon.

The Sturgeon Moon was named after a large fish by the Algonquin Native American Tribe, this period was considered the prime time to catch sturgeon in the Great lakes in the region according to The Old Farmer's Almanac. This is not the only name this moon has, other traditional characters from the Native American people are Flying Up Moon, Corn Moon, Harvest Moon, Rising Moon, Black Cherries Moon and Mountain Shadows Moon.

There was a double feature on August 11 to look for, the Perseid meteor shower lasts from July 14 to September 1, and this year's visible peak will happen at 11 p.m. ET on Friday according to EarthSky. Still, the expected supermoon stole the spotlight of the meteor.

Mike Hankey, operations manager for the American Meteor Society, explained why the meteor shower is more visible without a moon phase, "Bright moon phases are bad for meteor showers as they wash out the dimmer meteors."

The universe is enormous and filled with concepts that humans can partly understand but there is no doubt that our curiosity as a society will produce amazing discoveries. This supermoon will bring a comforting light to our night, if you can catch a glimpse of this gorgeous moon, social media users are encouraged to share it on social media with the hashtag #NASAMoonSnap.