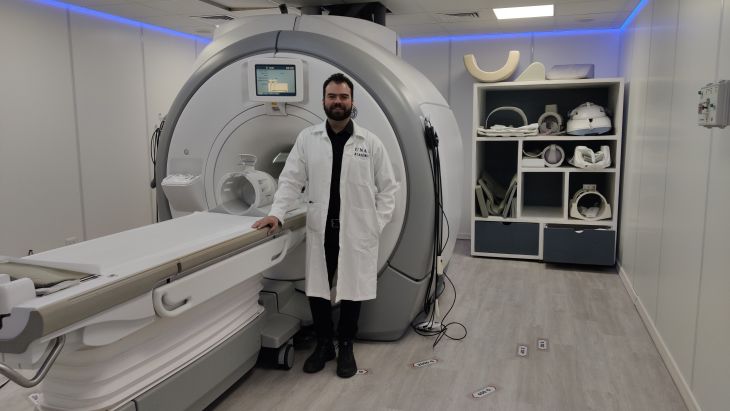 Eduardo Adrián Garza Villarreal is a neurobiology scientist from the recognized Autonomous University of Nuevo Leon, in Mexico, searching for the answer to helping with chronic illness in one of the most enigmatic arts- music.

Since 2007, Garza Villarreal has been studying what relation between music and pain exists, can music become an alternative for less medicine in chronic patients? Does music really hold the power to relieve pain? How can science be involved in a question that seems philosophical?

Garza Villarreal is currently an associate researcher at the Institute of Neurobiology of the UNAM Campus Querétaro and has put into practice what he learned from his doctorate in Neuroscience from the University of Aarhus in Denmark, his main line of research on the study of addictions to substances that he mixes with the ongoing investigation of music and its analgesic effects.

Garza Villarreal is about to proudly publish a study on a woman in the United States with chronic pain who has continuously overcome her addiction to opioids through music.

"If we can take away a little bit of pain with music and we can take away a significant amount of medication and also improve the person's quality of life, that is success for me, but we still need to understand this well,"  said Garza Villarreal in an interview with el pais.

His specialization in neuroscience and neurobiology helped him to understand how the brain works with the perception of pain, in 2014, an investigation with his team, made it possible to recruit 22 people with a chronic illness that causes pain and fatigue that affects the body called the fibromyalgia condition, evaluated how much time did it took them to stand up, walk in a straight line, turn around and sit, their perception of pain was measured on a scale of 1 to 10 and music would play after.

Due to the variety of songs from every genre the playlist had, the patients reported how their pain was reduced and the increased mobility they had after the experiment. By this point of the investigation,  it was demonstrated how music does reduce pain.

It is suggested that music can act as a distractor, generating pleasure, lowering blood pressure, and releasing dopamine or endogenous opioids (neurotransmitters that reduce pain), as seen in music therapy, treatments used in disorders including cardiac conditions, depression, autism, substance abuse, and Alzheimer’s disease. The debate wants to answer why and how these effects work.

Music is part of the identity of Latinoamerica, it's filled in every corner of the streets always reviving beautiful cities. Mankind has attributed healing, almost magical, properties to music since the ancient civilizations of Greece and Egypt.

Garza Villarreal is undoubtedly a source of pride for Mexico and the journey is filled with hope as he demonstrates the evolution of science and the creative ways to heal.