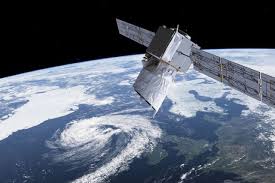 Airbus, a major player in the aerospace industry, will put the Forum satellite together at its Stevenage factory.

It will keep an eye on far-infrared emissions rising from the surface of our planet.

This specific kind of light causes the molecules of gases like carbon dioxide and water vapour to vibrate, which heats the atmosphere and is a crucial factor in climate change.

The European Space Agency's Earth monitoring mission is called Forum (Esa). It has a €160 million (£140 million) deal with Airbus for purchasing. In the presence of Minister of Science, Research, and Innovation George Freeman, the documents were signed on Monday night at the House of Commons.

He referred to Forum as yet another outstanding programme from the ESA that benefited from UK expertise in satellite production and research into climate change.

"Capturing Earth observation data and developing a whole series of applications from it - we're very good at all that stuff. So, I think we're poised for a very exciting time," he says.

Far-infrared Outgoing Radiation Understanding and Monitoring is the abbreviation for Forum.

The almost one-ton satellite is anticipated to launch in 2027 on a Vega rocket.

How the satellite works

If not for the atmosphere, the surface temperature of the Earth would be far below zero.

At the surface, the Sun's incoming shortwave light is absorbed before being reemitted at longer infrared wavelengths.

This energy would return directly to space if there were no greenhouse gases such as carbon dioxide, water vapour, or others in the atmosphere.

However, these molecules of the gases trap the radiation, warming the globe. And the far-infrared region of the light spectrum is where more than half of that absorption takes place.

A Fourier Transform Spectrometer will be used by Forum to map the emitted light energy as it travels across the world. The instrument will be provided by Bremen-based German firm OHB-System.

The performance of climate models that represent how the Earth system functions and how it is likely to respond as the concentration of heat-trapping gases in the atmosphere increases—a development that world governments are battling to halt—will be enhanced by analysis of Forum's data.