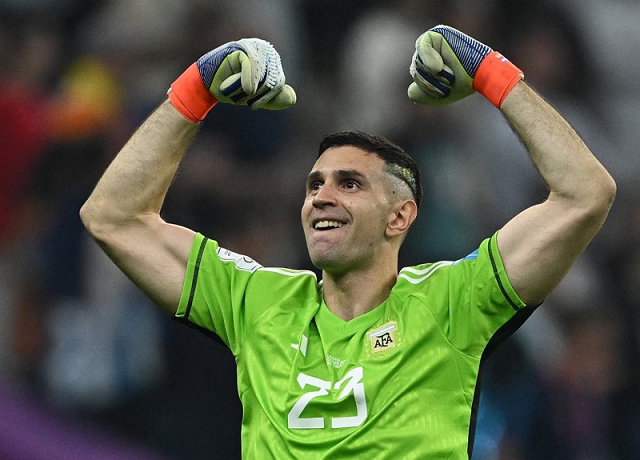 Today, Emiliano Martinez is a World Cup winner. He played incredibly well throughout the Qatar World Cup and received the Golden Glove for the best Goalkeeper, a feat achieved by the likes of Iker Casillas, Manuel Neuer, Gianluigi Buffon and Thibaut Courtois in the past. His 122nd-minute save was pivotal in bringing the silverware back into Argentina after 36 years. But his rise to fame as a World Cup-winning goalkeeper was not an easy journey, but a story of tears and a long battle with depression.

When Bert Leno got injured after a horrific tackle by Neal Maupay, little did people know that the substitute for Bert Leno would create a whole multiverse from thin air. Emiliano Martinez was called upon as a replacement; the rest was history. He performed incredibly well at the Emirates and bagged a Community Shield and an FA cup with Arsenal. Despite his stellar performances, When Leno returned from the injury, he lost his place in the team, but his limited time as Arsenal’s number-one goalie earned him a call to the Argentine squad.

The story of Emiliano Martinez is incredibly inspirational. He was born in the coastal city of Mar del Plata to a low-income family. At the age of 17, he decided to move to England, as he later recalled, was an emotional rollercoaster for the family. He wanted to leave when he saw his father struggling to pay the bills. In England, testing times awaited him. He started playing for Oxford United, a team in the 4th tier of English football. Even Though he was an Arsenal player, he constantly went on to loans with Sheffield Wednesday, Wolves, Reading and Getafe. In his interview with Ben Foster, he revealed that he suffered from depression during these loanee periods and decided to stop football as a profession at one stage.

When he rose to Arsenal’s number-one Goalkeeper as a replacement for the injured Leno, his remarkable performance led him to his first Argentina call-up. He moved to Aston Villa from Arsenal for better game time since the return of Leno took away his position in the starting eleven. In his first international tournament with Argentina, the Copa America, he bagged four clean sheets from 6 matches. He came clutch against Columbia in the semi-final as he unleashed his beast mode by saving three penalties in the shootout. When Lionel Messi and co ended Argentina’s 28-year-long trophy drought by beating archrivals at the Maracana stadium, Emiliano Martinez was selected as the Goalkeeper of the tournament. Since Copa America, Martinez cemented his position as Argentina’s number one, beating the likes of Franco Armani and Geronimo Rulli. During his 26 appearances for Argentina, he kept an incredible 17 clean sheets while conceding just 13 goals.

Emiliano Martinez has been described as a massive player and a massive character by famous football commentator Peter Drury. During Argentina’s celebrations after the final, he was captured mocking Kylian Mbappe, who, despite his heroic hatrick in the final, couldn’t put France over the line. ‘A minute of silence for Mbappe….who is dead”, said him, causing a huge row on the internet. He also made an obscene gesture after holding his Golden Glove to his groin area, which he justified by telling the French fans throughout the match booed him. During Argentina’s victory parade in Buenos Aires, the capital of Argentina, Martinez was spotted holding a baby doll with a crying Mbappe face. Football fans worldwide criticised him for his lack of professionalism and sportsmanship.

He is a kind of a player you would hate when he is your opponent but would love to have in your team, tweeted by a Twitter user defending Martinez’s antics. His heroics in the World Cup invited many rumours about his transfer from Aston Villa to a bigger club. It was reported that Bayern Munich and Manchester United are in the race to sign the World Cup Winner. Bayern Munich is currently looking for a proper Goal Keeper replacement for Manuel Neuer, his injury while skiing ruled him out for the rest of the season.