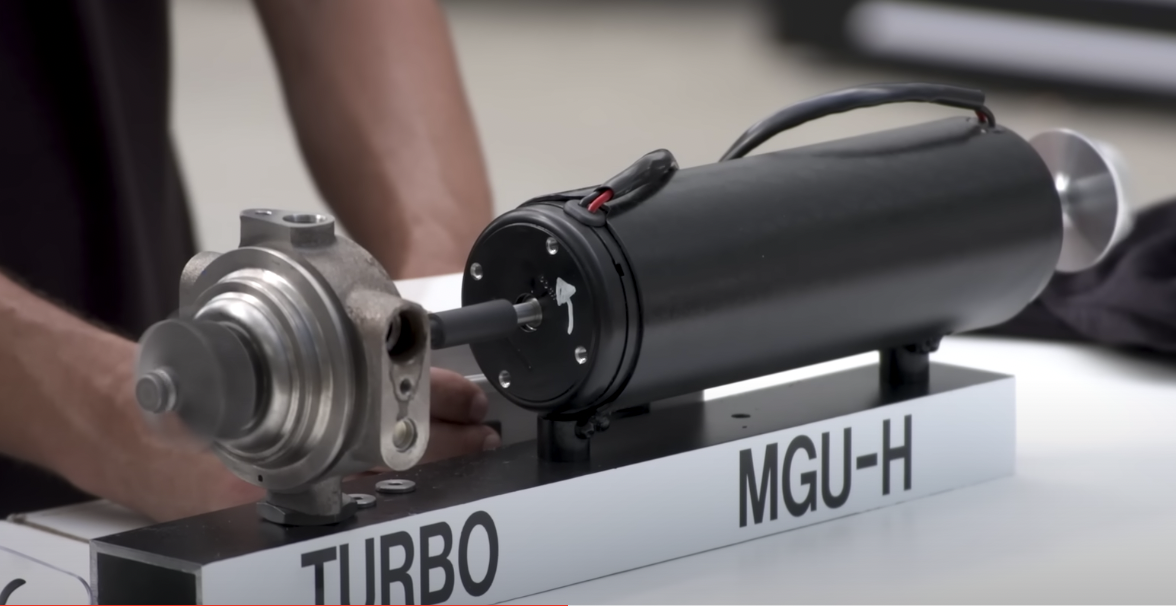 Formula 1’s hybrid era has seen a revolutionary change in using more sustainable fuels and on-track performance. For the 2026 season, Formula 1 cars will also use significantly less energy while reducing Co2 emissions.  According to Formula 1, the focus of the hybrid era in 2014 was on giving the sport “a much cleaner and greener image more relevant to developing road car technologies.” And 2026 will set out to ensure a cleaner and sustainable future, not only for motorsport but also for the world.

For the F1 2022 season, the 1.6-litre V6 engine has been innovated to convert fuel into energy more efficiently. Its energy recovery system (ERS) and battery power display the pinnacle of speed and technology working in perfect harmony, rewarding more influence to the driver's right foot at each press.

However, this season's most significant change is using a new fuel, E10.

E10 is a fully sustainable fuel condensed from a mixture of 90% fossil fuel and 10% ethanol – hence the name “E10”. Unlike petrol and diesel-powered cars, E10 has the same function as power cars, containing up to 10% renewable ethanol, helping reduce Co2 emissions and tackle climate change. This works with the new generation of F1 engines in helping to achieve F1’s aim to realise ‘Net Zero Carbon’ by 2030. Furthermore, E10 will be subject to change after the F1 2025 season, by which time engineers hope to have found ways to make it even more sustainable.

The F1 administration hopes the 2026 season will see teams produce their power units more sustainably and maintain track action and performance with net Co2 emissions. From the F1 2026 Engine Regulation video released, the sport is destined to stick with the 1.6-litre V6 power units; the 2026 power units will run on fully sustainable fuels, signifying that no fossil fuels will be used. Instead, the carbon will come from non-biological sources, amassable waste, or directly out of the atmosphere.

Another crucial element of F1’s aims for 2026 is the control of fuel flow which controls the flow of fuel moving through delivery pipes to the engine); it has been replaced by the maximum energy flow rate to focus more on electrical power to reduce emissions. The increased electrical power means the fuel needed for a Grand Prix will be reduced. The 2026 cars will hold up to 70-80 kilograms of fuel to reduce fuel usage and allow the vehicles to be more efficient in a Grand Prix.

The 1.6-litre V6 power unit will evolve as the current 850-horsepower engine will have a more robust electrical Motor Generator Unit Kinetics (MGU-K). MGU-K collects energy from braking and stores the energy back into the batteries so the driver can use the accumulated energy for overtaking opportunities. As the kinetic energy harnesses 120 kilowatts (kW) in 2022, the new electrical system will store 350 kilowatts (kW) of energy to collect more braking power more efficiently when drivers press the brake pedal. This means the car will produce over 1000 horsepower, increasing overtaking opportunities. 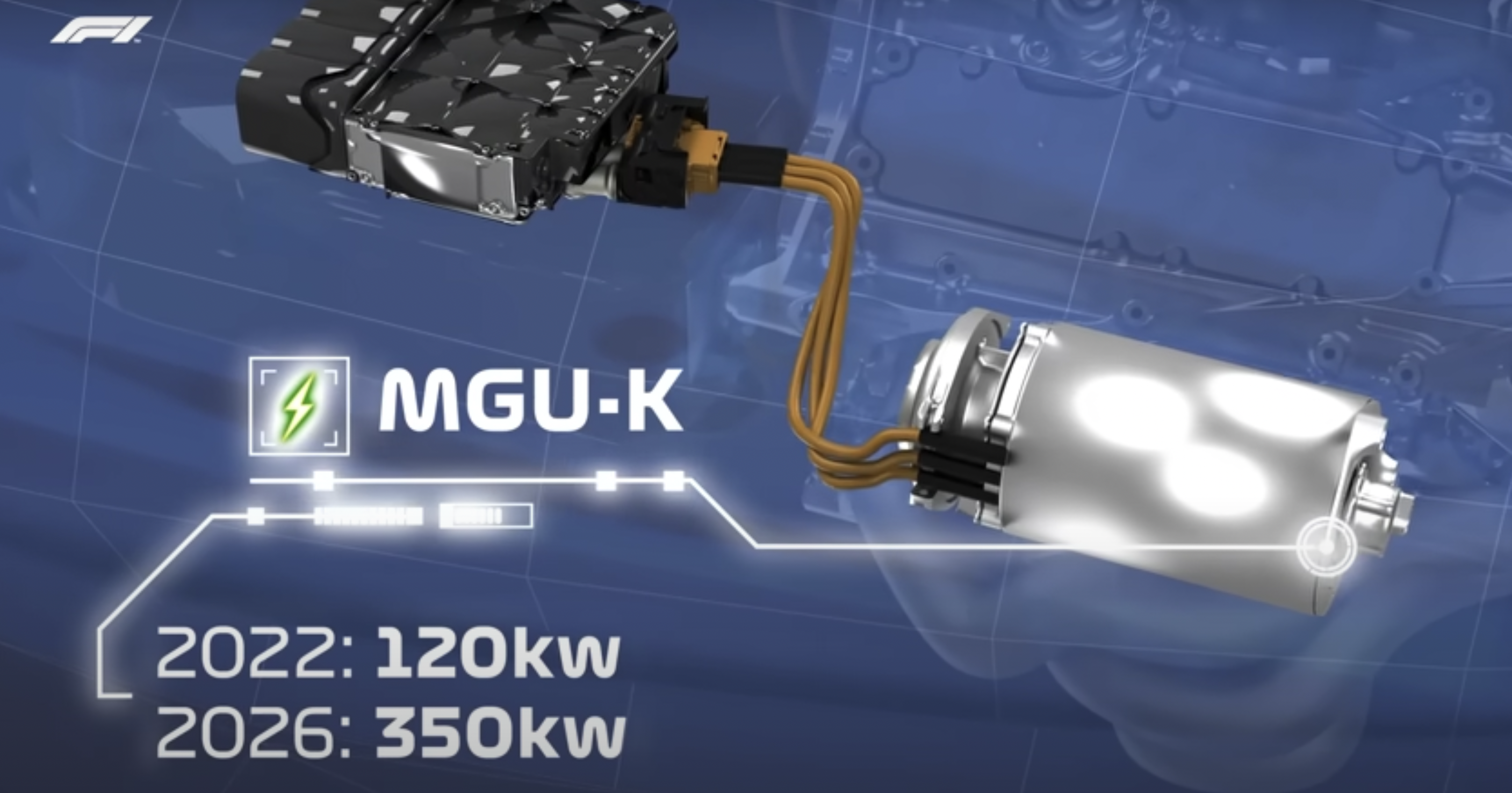 As safety regulations show more awareness, all electrical components within the car will be enclosed in the chassis as part of the safety cell. The safety cell is created to protect the driver in high G-Force crashes. So the MGU-K, battery and other controlled electronics will be stored within the safety cell to prevent significant damage and costs.

The Development Cost Cap will be monitored more thoroughly, as there is no deviation from the $140 million budget for the teams to adhere to. But the Motor Generator Unit Heat (MGU-H) is a device that cools down the battery, recovers energy from braking, and will be banned in 2026. This should encourage teams to be more intuitive and prevent duplicate designs. Personnel hours on the car's development will also be tightened to minimise the success rate of various components, as testing time and wind tunnel development are already under scrutiny amongst the teams. With the new engine regulations set for 2026, drivers will feel significant changes to their unique driving abilities and performance, such as dealing with turbo lag (delay of engine revs when the turbocharger is in operating range). It creates more stress for the driver to control the car at corner exits, as the driver's unique skills will be put to the test, and teams will be encouraged to use more effective strategies in the race as the use of electrical power will be more crucial to operate within the race.

Formula 1 is the pinnacle of motorsport. With its ambition to achieve Net Zero Carbon by the end of 2030, the prestigious company and organisation are already pioneering a more sustainable, eco-friendly future for motorsport by investing in more sustainable and recyclable resources. To provide a better future for not only motorsport but also the world with its mission to produce become Net Zero Carbon by 2030. And with these new engine regulations set for 2026, the future is looking brighter for the sport.