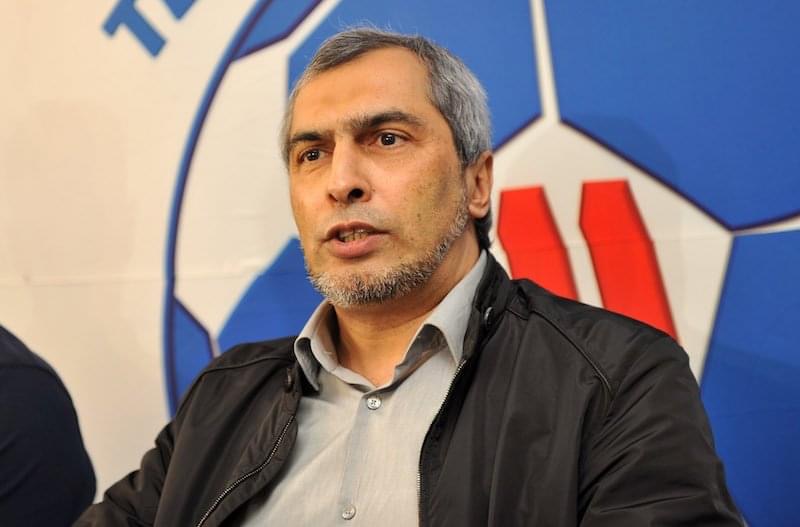 Maritzburg United chairman Farook Kadodia’s decision to part ways with the German-born coach Ernst Middendorpproves to be one of the most regrettable decisions he made at his club as the Team of Choice is having one of their worst starts of the season under the new coach.

The 63-year-old German tactician was appointed as Maritzburg United’s coach for a fourth spell in November 2020. Middendorp replaced the current Cape Town City coach Eric Tinkler after his poor results at the club. He ended up leading the Team of Choice in the 13th position at the end of the 2020/21 season.

According to multiple reports, Middendorp’s main issue was that players were sold consistently, which meant that he had to recruit new talent every season. Evidently, last season Maritzburg United lost one of their stars Bongokuhle Hlongwane to Major League Soccer club Minnesota in the United States of America midway through the season. But, the Team of Choice managed to collect enough points in the DStv premiership to avoid relegation and play-offs under Ernst Middendorp.

Middendorp’s experience in South African football washighly beneficial to Maritzburg United. Middendorp has coached Kaizer Chiefs in two spells, Golden Arrows, and Bloemfontein Celtics which is sold to Royal AM. At Chiefs, he won trophies during his first spell and finished second inthe league during his second spell in the 2019/20 season.

Again, coach Middendorp knows a lot of players who are at the club currently. Having worked with some of the last seasons before he left the club. Had Kadodia kept him for another season it is arguable that his club wouldn’t be where it is right now.However, Maritzburg United boss’s reason to sack Middendorp in an interview he made during pre-season was to avoid fighting for relegation every season. Kadodia stated that they invested a lot of money in previous years in the club development.

“We have invested a lot in football development overall but especially in the past two years. We supported the coach fully and the board felt that by investing so much money every year we cannot continuously fight relegation,” said Kadodia in June 2022.

Kadodia appointed a Malawian-born and formerBloemfontein Celtics coach John Maduka ahead of the 2022/23 season. Maduka helped the Celtics to reach the final of the Nedbank Cup in 2020, but lost to Mamelodi Sundowns.

Maduka has failed to do better than Middendorp so far. The 52-year-old left Royal AM for the Team of Choice at the end of the season after a successful season with the KwaZulu-Natal (KZN) side. However, his arrival at Pietermaritzburg outfit hasn’t been a good one.

Maritzburg United are currently the worst defensive team in the DStv premiership. The Team of Choice have conceded nineteens goals in the thirteen matches they played so far under Maduka this season. Furthermore, Maritzburg failed to win all the KZN derbies they played in the first round of the league campaign.

Even though games in hand are not games that are won. The Team of Choice is fighting relegation with teams that have one game to play. Should Swallows FC and Sekhukhune win their games in hand, The KZN outfit will have to dig deep to be out of the bottom side of the DStv premiership table.After a humiliating 5 – 0 defeat against DStv premiership champions Mamelodi Sundowns sources within the club insist that some players and the chairman are not satisfied with how Maduka is doing certain decisions. As a matter of fact, Maritzburg United scored only one goal in their last five matches.

With FIFA World Cup starting in a few weeks. Most leagues around the world including the South Africa soccer league will be taking a break. It’s a chance for Maritzburg United to re-think their decision on firing Middendorp during pre-season  and perhaps find another coach that can bring results to the club before it’s too late.

The last time Maritzburg United finished higher in the league was in the 2019/2020 season under coach Fadlu Davis. The Team of Choice finished in the seventh position under coachFadlu Davis after collecting 42 points. And, they progressed to the quarter-finals of the MTN8 the following season which they rarely play.

Besides re-appointing Middendorp who knows the culture of the club, the KwaZulu Natal-based team can consider experienced coaches like Cavin Johnson. Former Platinum Stars and Supersport United coach has won trophies with the so-called “small clubs” in previous years. Late in 2020, Johnson was appointed as Al Ahly [Egyptian club] assistant coach by the most successful coach in South Africa Pitso Mosimane.

Surely, he has learnt something from coach Pitso during the time they spent together at Al Ahly. Both South African coaches won a much-needed CAF Champions League and Egyptian league with Al Ahly first season they arrived. In addition, the experience Johnson gained in Africa can be valuable to the Team of Choice and hopefully save them from the relegation zone.

KwaZulu Natal province is one of the provinces that have many teams in the Premier Soccer League this season. To lose Maritzburg United to the lower division will be a setback for the province and it will eliminate chances of dominating the higher division of the PSL. However, changing a coach is not enough to make a team get good results. Farook Kadodia has to buy more experienced players in his team and exciting young stars.

Sadly, the Pietermaritzburg side secured the promotion to the PSL in the early 2000s, but they are yet to lift a silverware or compete in CAF club competitions. Teams like Baroka, Cape Town City and Marumo Gallants (formerly known as Tshakhuma Tsha Madzivhandila) have already lifted the trophy in the top division league. In 2019, the club lost 1 – 0 to Free State Stars in the Nedbank Cup final on 19 May 2018 at Cape Town Stadium.

The following year they missed out on the Telkom Knockout title following a heart-breaking defeat by Mamelodi Sundowns in the final. The Brazilians won 2 – 1 in extra time, killing their opponent’s hopes of winning a major title – since its formation in 1979.

A return for Middendorp can possibly help the team to winning ways. The Team of Choice next match will be against TS Galaxy after the World Cup break in December 31, 2022 at Harry Gwala stadium.