7-time Formula 1 world champion Lewis Hamilton is set to come together with Hollywood movie star Brad Pitt in the production of a movie featuring F1 racing, which will be released on Apple TV+.

It is confirmed that the British racing driver will produce the movie alongside Pitt’s production company, Plan B Entertainment, and Top Gun: Maverick directors Joseph Kosinski and Jerry Bruckheimer. Meanwhile, 58-year-old Pitt will star as the project’s leading actor.

In addition to co-producing the movie, Hamilton has also agreed to act as a consultant for the Hollywood A-lister. This means Hamilton will be teaching Pitt about the evolving world of motorsport, and the realities and challenges of F1 racing, which can involve exceeding driving speeds of over 200 miles per hour.

While Hamilton is expected to stay out of acting in the movie itself, his crucial role in its production marks the project as his first significant venture into Hollywood. Before this, Hamilton had been offered a pilot role in Top Gun: Maverick. However, the British driver turned down the part at the time because of his intense fight for the championship against Red Bull’s protégé, Max Verstappen. Their producers are now working on the F1 movie with Hamilton during the latter stages of the F1 2021 season.

During an interview with Vanity Fair, Hamilton expressed his passion for the original Top Gun movie from 1986 and displayed an evident enthusiasm for playing a part in the sequel. “When I heard the second one was coming out, I was like, ‘oh my god, I have to ask him [Tom Cruise], I don’t care what role it is, I’ll even sweep something, be a cleaner in the back’.” 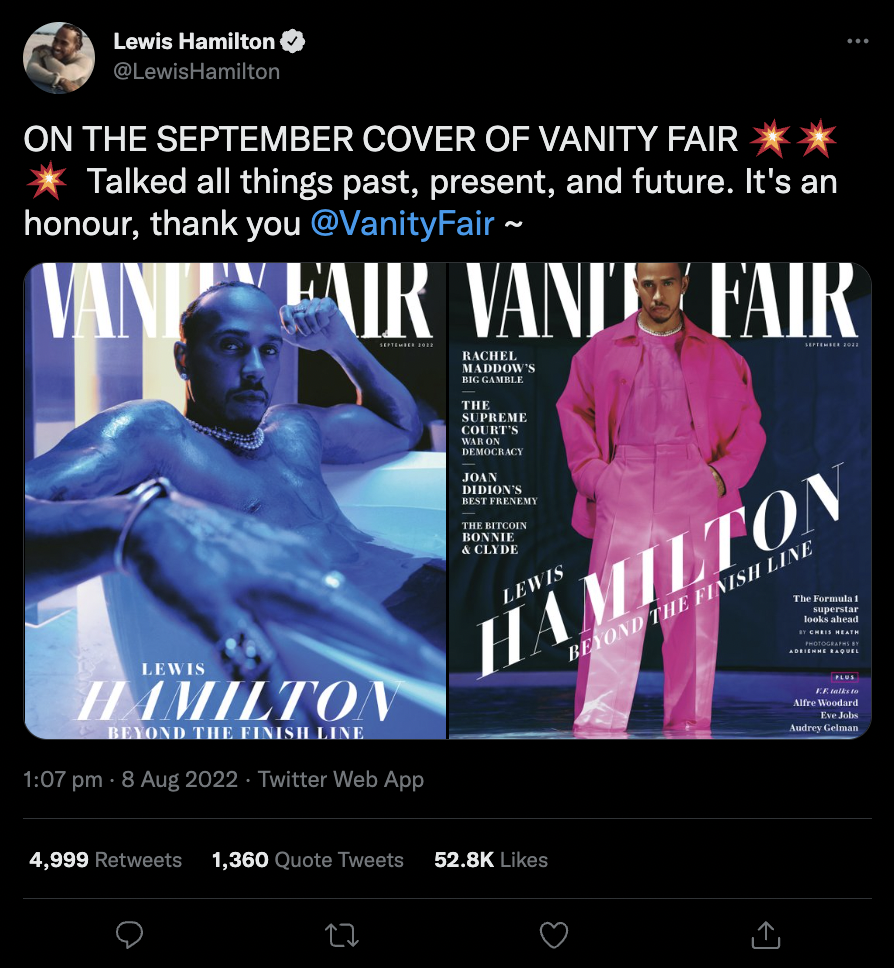 Hamilton’s love for Top Gun further manifested in his growing relationship with the series’ star actor, Tom Cruise. The two met on the Edge of Tomorrow (2014) set, and their friendship budded over time. Apart from his link to Cruise, the Mercedes driver was already making a few dips into Hollywood through making a cameo in Zoolander 2 and contributing voice lines in Disney’s racing movies, Cars 2 and Cars 3. 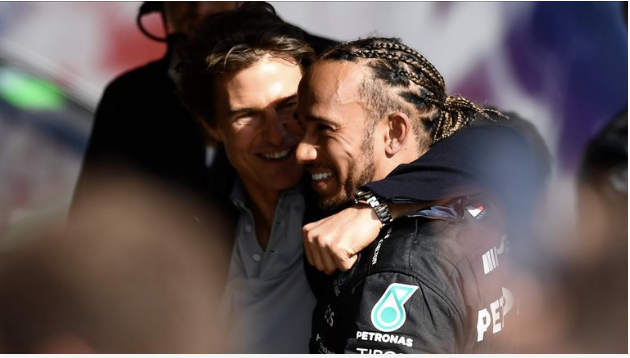 Unfortunately for Hamilton, however, the offer to act in the Top Gun sequel clashed with one of his most intense F1 seasons. Prioritising his driving career over his fledgling involvement in Hollywood, Hamilton turned down the acting role but told Vanity Fair that it was “the most upsetting call that I think I’ve ever had.”

Furthermore, with more opportunities presented to the 7-time world champion, Lewis acknowledged that he is “still on the mission” to Vanity Fair when pressed about his future within the sport and regarding his retirement plans.

Despite his legendary racing record, Hamilton has displayed relatively poor performance during the current F1 season, ranking sixth out of twenty-one drivers so far. At the same time, his teammate Geroge Russell has consistently finished above the top 5 in the first half of the season. This has served to stir up the controversy surrounding himself and Mercedes with poor performances from Saudi Arabia, only scoring one point, Emilia Romagna scoring no points and Monaco only 4 points.

Despite the setbacks, Hamilton still feels energetic and positively challenged by his sports position. Hamilton told Sky Sports F1 that he is excited about the second half of the season while coming off the back of a double podium from the Hungarian Grand Prix.

With Hamilton’s contract expiring at the end of 2023, will we see the British driver establish a career in Hollywood, or will he continue to feel the need for speed with the likes of Mercedes? It is also possible Hamilton may decide to join another team. What is clear, though, is that the future remains boundless and full of opportunity for the 37-year-old driver.