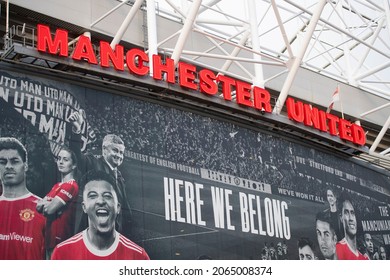 Manchester United has secured its place in the top four teams, potentially due to the mentality of the first team players.

Marcus Rashford was said to have overslept during the pre-match meeting that was held this morning. Erik Ten Hag had benched him for the first half of the game, in which Manchester United faced off with Wolverhampton.

Manchester United is currently looking to preserve and nurture Amad Diallo. The Ivorian footballer may be of assistance to Manchester United in the future. United, seeing this talent, does not want to let him slip through its hands. He is available at the club, and the Glazers do not have to spend any money in order to onboard him to United.

Erik Ten Hag has been accused of making up a "total fabrication" about Manchester United defender Harry Maguire, following the conclusion of the world cup. Maguire finds himself in a difficult position.

Harry Maguire has been benched over Luke Shaw, with Lisandro Martinez still not available in the first team line-up. Erik Ten Hag's strategy was to bench Harry Maguire and play Luke Shaw at Left-Centre Back. The position change for Luke Shaw from Right Back looks promising.

According to Simon Philliphs, Swedish Winger Anthony Elanga has "become a bit fed up" with Erik Ten Hag's squad at Old Trafford, amid links of a loan move to Everton.

Elanga, who has rarely been placed into the squad since the start of the season, feels that his talent as forward is set to be benched at Manchester United, as he does not see himself being included in Erik Ten Hag's plans for the reconstruction of the club.