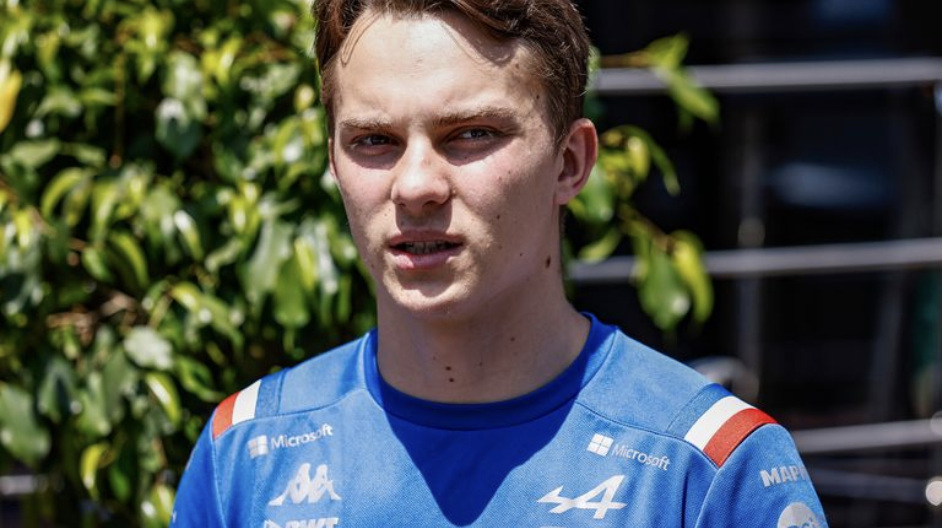 Last Friday, McLaren announced on Instagram that Alpine’s ex-reserve driver Oscar Piastri had signed a multi-year contract with them to drive alongside Lando Norris. This leaves an empty spot at Alpine, for which the team is seemingly hoping to bring on current Red Bull driver Pierre Gasly. 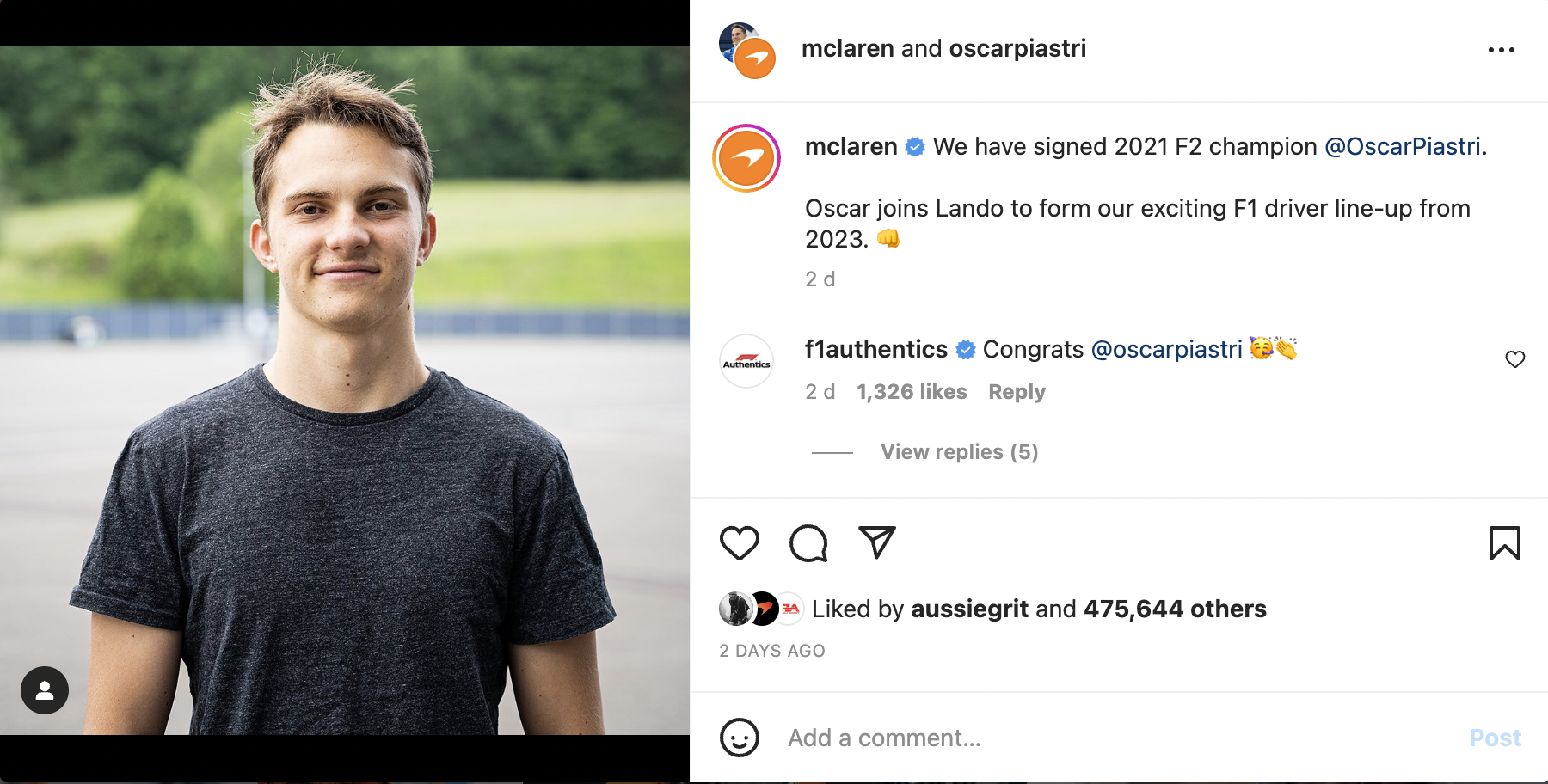 Back in May, Alpine had been convinced that they would eventually take on Piastri as an active driver, but at the time the French team did not have a valid contract to prohibit Piastri from signing with another team. At the same time, Piastri had consistently displayed his intimate ties with Alpine’s rival team McLaren. McLaren’s team principal Andreas Seidl told Sky Sports F1, “The way I got to know him so far, we've got to know him, we're convinced about his talent and about his potential." As both Seidl commented on the Formula 1 First Practice show live, that both McLaren and Piastri have mutual benefits that can support a strong relationship for the future.

Apart from Piastri’s close relationship with McLaren, Alpine’s failure to keep Piastri also stems partly from their overconfidence in the belief that the Australian would stay with them until his contract ended. Indeed, the two sides never discussed Piastri’s future within F1. Now, the French team’s silence regarding the loss of their star driver speaks volumes about how unexpected his decision was to them.

It is true that Alpine has always been adamant about keeping Piastri on their side, regardless of the driver’s own feelings. During last week’s Belgian Grand Prix, the tension between Alpine and McLaren increased as Alpine protested to the Contract Recognition Board that they had the right to keep Piastri on the team via the contract they had signed in May.

The FIA founded the Contract Recognition Board (CRB) to deal with the registration of driver contracts within F1. The board consists of four members, all qualified lawyers with experience in contract law. With regard to the current Piastri-Alpine-McLaren case, the CRB heard from representatives of all three parties involved and analysed all the proposed contract submissions.

Lead F1 commentator Lawrence Barretto broke down the CRB’s ruling on the contract negotiations, which came out on 2nd September. He explained that the conflict arose from two points: firstly, McLaren was confident they had a valid contract to sign Piastri, and did so back in July after the British Grand Prix. However, Alpine’s team principal Otmar Szafnauer said during the press conference for the Belgium Grand Prix that “we are confident that Oscar signed with us back in November.”

The CRB analysed both agreements and unanimously ruled in favour of McLaren and Piastri, stating that the only valid contract was that belonging to the Woking team. This ruling will allow the young 2020 Formula 2 World Champion to drive for McLaren for 2023 and 2024.

Such a shocking turn of events for Alpine has left them with an empty seat in the 2023 Formula 1 season. Apart from Piastri, another prominent driver for Alpine, current two-time world champion Fernando Alonso, will leave the company for Aston Martin Racing next year.

Much as Piastri’s departure may have shocked Alpine and their supporters, the empty spot must present an even more pressing question to them: who will they find as a replacement to drive alongside Esteban Ocon for the 2023 F1 season?

So far, it is expected that the professional gunning for a drive with Alpine will be former Red Bull driver Pierre Gasly. 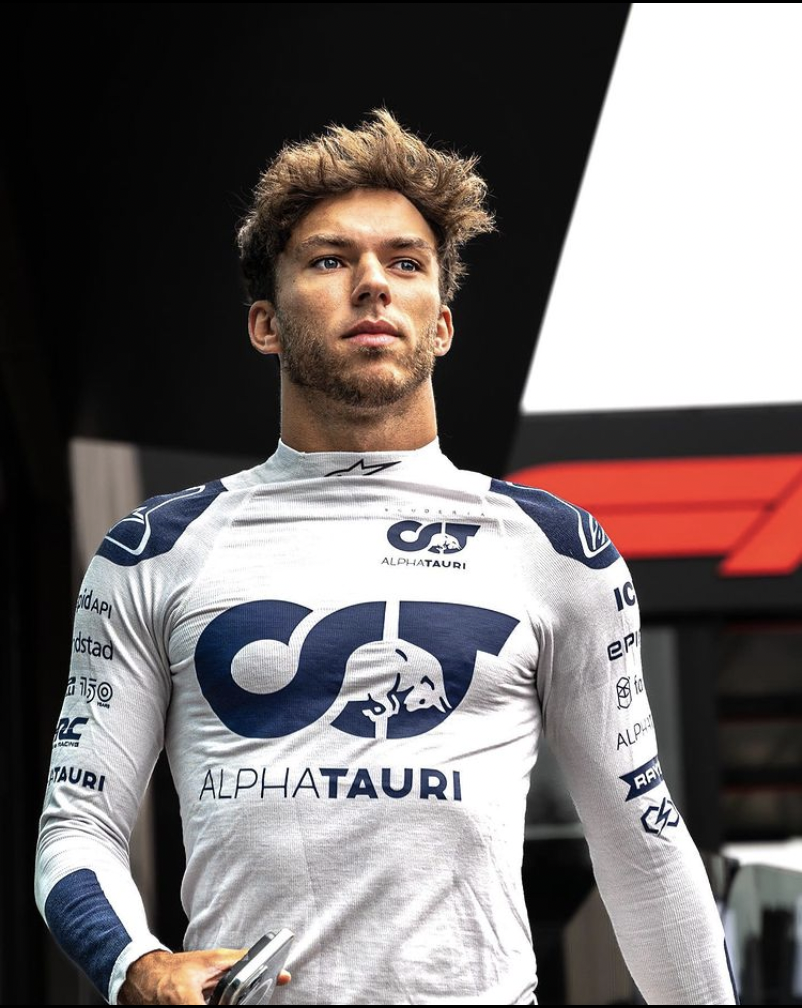 F1 presenter Craig Slater announced that Alpine has been making enquiries regarding the French driver. Although Pierre is signed with Red Bull’s sister team, Alpha Tauri, until the end of 2023, Alpine is determined to pay a fee to allow Gasly to leave.

However, Pierre Gasly has been part of the Red Bull academy since 2017, and if Gasly is to move to Alpine, he would have to leave the Red Bull family which he obviously has strong ties with. Yet Christian Horner, team principal and head of the young drivers’ programme for Red Bull, has not completely ruled out the idea of releasing Gasly for the 2023 season.

Though there is no official confirmation between Alpine and Gasly as of now, Slater suggests that it would be beneficial for Alpine to have an all-French line-up next year. As Gasly and Ocon are both race winners, Slater believes they would make a great pair for the Enstone-based team. Unfortunately, Gasly and Ocon have a broken relationship that began when they both started karting together. Since then, there has been little love between the two.

Furthermore, even Ocon and Alpine are not seeing eye to eye at the moment as Ocon has expressed the desire to bring on current Haas driver Mick Schumacher as his teammate next year. Therefore, Alpine has not ruled out the Haas driver. Nor have they ruled out Daniel Ricciardo, who is also a primary contender for Alpine next year.

With all this being said, however, it seems that Alpine’s primary focus remains on grand Prix winner Pierre Gasly, since talks are already under way to get him out of Alpha Tauri. Should Alpine be successful in acquiring Gasly and thus an all-French team for 2023, however, will this make them more competitive within the furiously fast-paced world of F1?