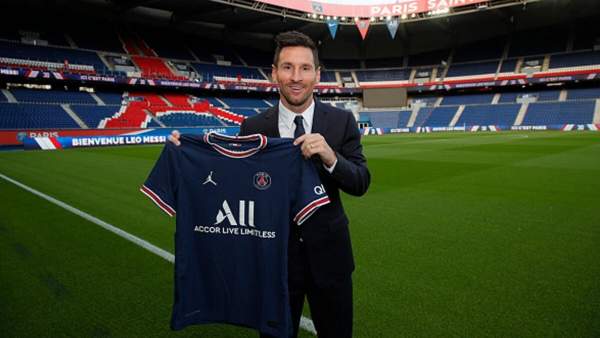 In most shocking sporting news of the Year, one of the greatest footballers of all times Lionel Messi had to part ways with his sporting club FC Barcelona. Earlier in 2020, Messi had expressed his wish to leave the club only to change his decision later on the pretext that things had changed in the club the last year.

He was set to sign his contract on the 5th of August after becoming a free agent earlier this year. A Fresh Set of Negotiations had begun and the deal was getting delayed to financial issues at the Club. Both parties had reached an agreement and the new deal was set to be signed on the due date. It was later revealed that due to financial and structural obstacles put forward by the La Liga Regulations, Messi couldn’t continue at the Club.

While the football fraternity and fans were expecting a new contract announcement, this news came as a hurtful message to the entire footballing community. The 34 Year Old Argentine had also agreed to cut down his fees by 50 Per cent in a new contract only for the Spanish football governing body Laliga to not allow this due to the Financial Rules in place.

Within days after he was without a contract, the camp at Paris Saint Germain’s Football club began negotiations with him and his agent Jorge who is also his father. The agreement was finalised with Messi signing with PSG till 2023 with an option for an extra third year.

On the 8th of August, Messi had bid farewell to the club in an official press conference. Nasser al-Khelaifi, the President of the French Giants, PSG president couldn’t be more delighted and remarked that it was an absolute honor to welcome Messi and his family to Paris and the club. Along with this signing. Messi becomes the 5th Signing of Paris Saint-Germain for this summer.

He joins the likes of Georginio Wijnaldum from Liverpool, Achraf Hakimi from Inter Milan, Sergio Ramos of Real Madrid, and Gianluigi Donnarumma of AC Milan. Messi will now join star dribbler Neymar and Striker Kylian Mbappe to complete what is being said the most Formidable Attack in European football this season.

Messi will also join Paris Saint Germain reuniting with his old rival from El Classico Sergio Ramos. With Sergio Ramos departing Real Madrid early this summer, both the giants of Spanish Football have lost their captains in a single transfer season. This transfer season by PSG is also said to be among the best transfer season done by any football club in History.

The Director of the Sports Law Institute, Toni Roca has warned the club of a potential breach of the Financial Fair Play regulations imposed by UEFA. He exclaimed that they have only two ways to sustain their star-studded project led by Lionel Messi, Neymar, and Kylian Mbappé, both of which should comply with the fact that no team can spend more than it earns in a fiscal year.

The fans were eager to hear from Messi on his new journey at PSG. Messi remarked that he was excited to start a new chapter of his career at PSG. He voiced his admiration for the club and went on to say that his football ambitions are matched by the Club’s Project. He also praised the talent of the squad and the coaching staff. He said he is determined to help build something special and step out for the 1st time on the pitch at Parc Des Princes, The Home Ground of PSG.

Messi was finally unveiled as a PSG player on the 11th of August. He is said to wear the Number 30 Shirt, which he wore earlier during his days at Barcelona before finally inheriting the Number 10 Shirt.

The Fans gave him tremendous applause and welcomed the 6 Time Ballon D-Or winner to the club. Messi also spoke about the dressing room and the likes of Angel Di Maria and Parades having played with them in the Argentina National Team.

On being asked about the Environment here and Barcelona, he exclaimed that football is the same everywhere and that it would be strange for him to visit Barcelona with a different shirt having spent 21 years there. He expressed his biggest desire is to win the Champions League with The Club.

It has also been rumored that Messi would be presented in front of the Historic Eiffel Tower in the same manner as they unveiled Zlatan Ibrahimovic in 2013 and Neymar in 2017. The Ligue 1 Season has already begun and PSG won their opening Match.

Finally, Messi had expressed his desire to be a part of the Squad which will play Strasbourg on Saturday in the League Season. With 37 Individual Titles to his name and numerous rewards for Barcelona, The Signing of Lionel Messi to PSG has become a reality that would write its name in history books as one of the most exceptional free transfers of all time.