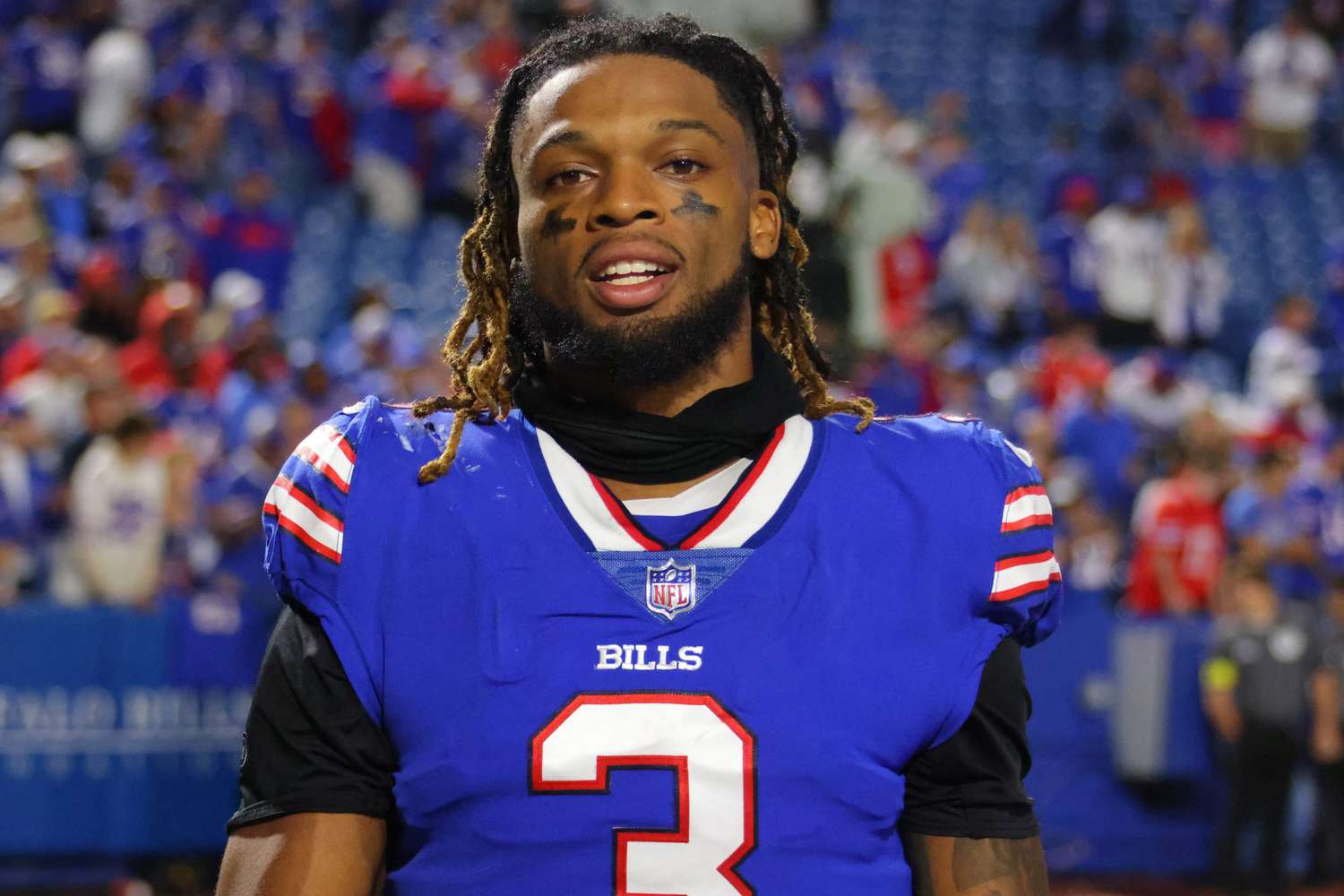 Damar Hamlin of the Buffalo Bills suffered from cardiac arrest during Monday night’s game with the Cincinnati Bengals and is found to be in critical condition according to a statement issued by the Bills on Tuesday morning.

During the game's opening quarter, Hamlin tackled the Bengal’s Wide Receiver, Tee Higgins, after the Bengals had a wideout reception midfield. Higgins hit Hamlin in the chest, causing Hamlin to fall to the ground, taking Higgins down with him, and collapsing immediately after he stood. Medical attention was delivered instantly.

“Hamlin received immediate medical attention on the field by a team of independent medical staff and local paramedics,” NFL Commissioner Roger Goodell said in an article. “He was transported to a local hospital in critical condition. Our thoughts are with Damar and the Buffalo Bills. We will provide more information as it becomes available.”

Afterward, Hamlin was transferred to the UC Medical Center in Cincinnati, where he was sedated. Jordon Rooney, a family representative, revealed to ABC’s “Good Morning America” that Hamlin’s family remains in good spirits and prefers to keep details on Hamlin’s condition private. 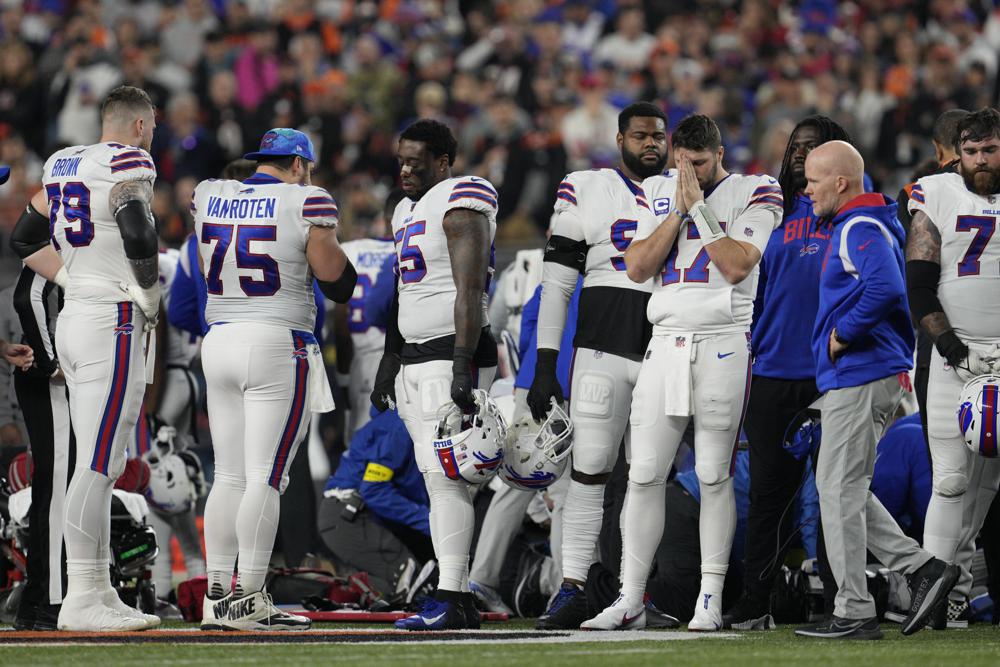 Buffalo Bills Players are shown to surround Hamlin and respond to the scene as Medical Professionals are treating him. Photo Courtesy of the Associated Press (AP).

Hamlin’s teammates surrounded him as he was given CPR for over 10 minutes, given oxygen, and placed on a stretcher to be transported to an ambulance. The players comforted each other, and some turned away from the scene in distress. The play was suspended for over an hour as players were directed to the locker rooms. In a conversation with game officials, Bengals Coach Zac Taylor and Bills Counterpart Sean McDermott decided with the league to postpone the game.

“I’ve never seen anything like it since I was playing,” said NFL Executive Troy Vincent in a conference call on Tuesday Morning. “Immediately, my player hat went on, like, how do you resume playing after seeing a traumatic event in front of you?”

Therefore, the Bills flew back to Buffalo early Tuesday, where they were met with support from local fans at Buffalo Niagara International Airport. The team members and well-renowned football players expressed their concern for Hamlin’s well-being on social media. 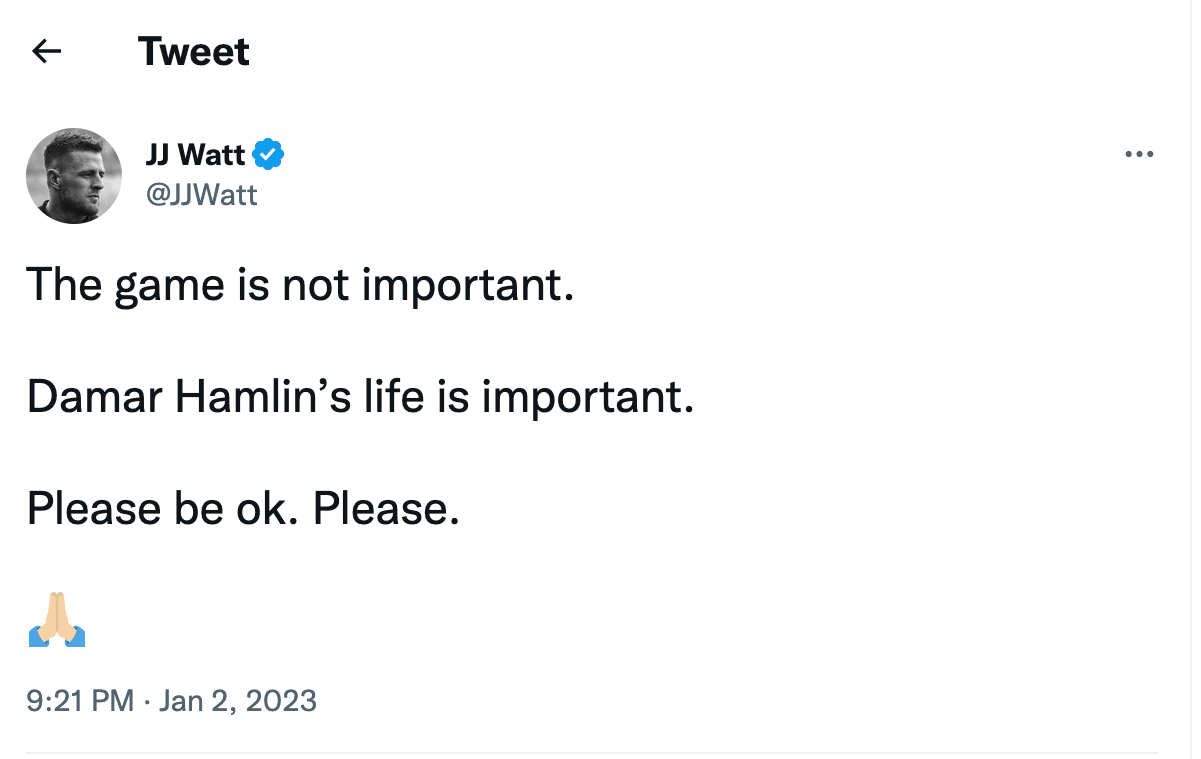 Hamlin was known to play college football for the Pittsburgh Panthers for five years, appearing in 48 games. By his senior year, Hamlin became team captain, was a second-team All-ACC performer, and was picked to play the Superbowl. Furthermore, he was drafted by the Bills during the sixth round in 2021, played 14 rookie games, and became a starter this year after making the Bills' 53-man roster as a rookie.

“Damar's done a great job," Bills GM Brandon Beane said. "He's a very instinctive player. He's a great kid, he wants it, he's working hard and giving himself every chance to put himself in the mix despite being a sixth-round pick."

Hamlin is starting for the Bills this season in place of injured safety, Micah Hyde, who has been on injured reserve since suffering a neck injury in Week 2. Hamlin entered Monday tied for the second-most tackles on the team (91), and he has one forced fumble and 1.5 sacks this year, making 13 starts according to ESPN.

Hamlin’s cardiac arrest has shocked the NFL world, and it has caused the NFL Referees Association (NFLRA) to respond to the postponement of the game. “Like the players and coaches, our officials fully supported the suspension of this game as all attention needed to be focused on Damar’s health,” they said in a statement.

Football players and fans have continued to respond to the cardiac arrest event online. It is unknown when the Bills will play against the Bengals, but it is unlikely that it will occur until Hamlin is healed. Prayers are extended to Hamlin and his family, wishing for a speedy recovery.