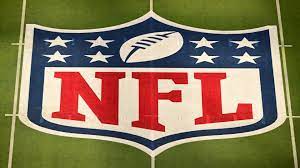 Raiders head coach Josh McDaniels entered week 4 on the hot seat. His second kick of the can as bench boss in the NFL has started abysmally, losing his first three games. Raiders’ hype was at an all-time high after signing All-Pro wide receiver Davante Adams and veteran edge rusher Chandler Jones in the offseason, but the slow start to the season has made fans doubt whether Vegas can compete in arguably the toughest division in football.  The Denver Broncos made a splash of their own this past offseason, trading for future Hall of Fame quarterback Russell Wilson. The same hype beast that was attributed to the Raiders before the season could also be applied to the Broncos, who were said to be, “A quarterback away from competing for a Super Bowl.” It hasn’t looked that way so far this season, particularly in the redzone, where they rank last in the NFL, converting only 30 percent of their redzone trips for points. As the battle of the underachievers kicked off, the Raiders were stalled in the redzone and had to settle for a field goal. The Broncos subsequently marched down the field and Russell Wilson threw a rare redzone touchdown to Courtland Sutton. Vegas would respond with a heavy rush attack, culminating with a 10-yard Josh Jacobs touchdown. Denver couldn’t replicate that success on the ground, Melvin Gordon fumbled a rush attempt on the next drive, which was picked up by cornerback Amik Robertson and returned for a Raiders touchdown. When the players jogged to the locker room at halftime, the was score 19-16 for Las Vegas, and the Raiders would retain the lead for the rest of the game. To add insult to injury, the Broncos star running back Javonte Williams suffered a season ending ACL tear in the third quarter. With the Colts coming to Mile High Stadium for Thursday Night Football, the Broncos only have four days to get their backfield in order, and have already signed Latavius Murray from the New Orleans Saints practice squad. We’ll see if the big man can improve their dismal redzone offence. The Raiders hold the other standalone primetime game of the week, taking of the Kansas City Chiefs in Arrowhead on Monday Night Football.

Mac Jones suffered an ankle injury in last week’s loss to the Baltimore Ravens, so the Patriots were forced to start journeyman backup quarterback Brian Hoyer. Start, then go down with a first quarter head injury. Next man up, and that man was 2022 4th round pick Bailey Zappe.

Terrible pun aside, Patriots fans shouldn’t discount the rookie from Western Kentucky University. His senior year he put up ungodly numbers, slinging for 5697 yards and 62 touchdowns in just 14 games. In his first NFL action, although the production didn’t translate, 99 yards passing with a touchdown, he showed his ability to manage a game. Aided by a crisp run game and a Bill Belichick defense, the rookie managed to take back-to-back MVP Aaron Rodgers to overtime. The defences on both sides played incredibly in the first half, with only 17 total points being scored. Rodgers opened the third quarter with a touchdown pass to tight end Robert Tonyan and Zappe responded with a 30-yard strike to DeVante Parker. Patriots running back Damien Harris would score on a 6-yard rush to start the fourth quarter, which Rodgers countered 5 minutes later with a 13-yard touchdown to Romeo Doubs. Extra time was needed, but experience won out. Rodgers marched down the field at the end of the 10-minute overtime period, setting up Mason Crosby for a 31-yard game winning field goal. The Patriots fall to 1-3 for the first time since 2001, a year they finished 11-5 and won the Super Bowl. Don’t expect that from this team, but it may give their fans something to cling to as they try to convince themselves the dynasty isn’t over. The Patriots host the Detroit Lions at Foxborough in week 5, while the Packers will remain at Lambeau to take on the New York Giants.

Kyler Murray has had his ups and downs this season. His comeback overtime win against the Las Vegas Raiders in week 2 was a vast contrast to the mediocre performances he had in both week 1 against the Kansas City Chiefs and week 3 against the Los Angeles Rams. The Cardinals rely on Kyler, their offence goes as he goes, and Kyler usually goes when he can focus on football and not a 2XP weekend on Call of Duty. I am referring to the redacted clause in his contract that required 4 hours of film study per week, with only one screen active at the time of study. It seems like Kyler did his homework this week, he had 233 all-purpose yards and 3 total touchdowns against a competent Panthers defence. Baker Mayfield’s day was far less efficient. Mayfield threw for 197 yards and a touchdown, but also threw 2 interceptions, the second of which by linebacker Dennis Garbeck resulted in a Kyler Murray rushing touchdown in the third quarter. The Panthers couldn’t close the gap for the rest of the game and fall to 1-3 on the season. If Panthers fans are looking for a silver lining in the loss, star running back Christian McCaffery looked like his old self, tallying 108 all-purpose yards and a touchdown in the game.  McCaffery will hopefully keep that momentum going in week 5 at home against a stout San Francisco defence. The Cardinals are also hosting a challenging opponent, as the undefeated Philadelphia Eagles look to move to 5-0 in Arizona.

“Sometimes before we can usher in the new, the old must be put to rest.”

Is the old guard stepping aside? Is the NFL anointing a new King? Tom Brady may be abdicating his throne, and Patrick Mahomes may have the strongest claim to succeed him. The Super Bowl champion and 2018 MVP made a statement Sunday night, blowing out Tom Brady and the Buccaneers in prime time. The Tampa woes started with a fumble on the opening kickoff return, that was recovered by Chiefs linebacker Elijah Lee on the Buccs 22-yard line. Mahomes wasted no time, throwing a touchdown to tight end Travis Kelce to open the scoring. The Buccaneers would settle for a field goal on their next drive and the Chiefs piled on with two Clyde Edwards-Helaire touchdowns on consecutive drives. Mahomes stretched the lead to as much as 38-17 and the three-score deficit was too much for even Tom Brady to surmount. Travis Kelce and Clyde Edwards-Helaire both put up 92 yards on the night and Mike Evans had a game high 103 yards for the Buccs. The Chiefs move to 3-1 following the win, taking the lead in the AFC West after a disappointing loss last week to the Indianapolis Colts. Kansas City will play next on Monday Night Football against the Las Vegas Raiders. The Buccaneers look to right the ship next week at home against the Falcons.

The defending Super Bowl champion Los Angeles Rams went into San Francisco with renewed confidence. Before Monday, Matthew Stafford had led the team to two straight victories after losing the season opener to the Buffalo Bills in a rout. The 49ers on the other hand were working on filling the void of injured starting quarterback Trey Lance, plugging in veteran Jimmy Garoppolo. The pro bowler had struggled through two starts, but got a significant boost from wide receiver Deebo Samuel, to the tune of 115 yards, including a 57-yard touchdown run at the end of the second quarter. Stafford struggled with the aggressive blitz packages sent his way by 49ers defensive coordinator Demeco Ryans, and was sacked 7 times in the game. Despite the constant pressure, Stafford found his favourite target Cooper Kupp 14 times for 122 yards, but failed to break through with a touchdown. Emerging superstar safety Talanoa Hufanga made his mark on the game as well, putting it out of reach in the fourth quarter with a 52-yard pick 6. The 49ers would go on to win the game, making their record 2-2, good for a rare 4-way tie for first place in the NFC West. The Niners carry that momentum to Carolina to take on the Panthers in week 5, while the Rams go back home to So-Fi Stadium to play the Dallas Cowboys.