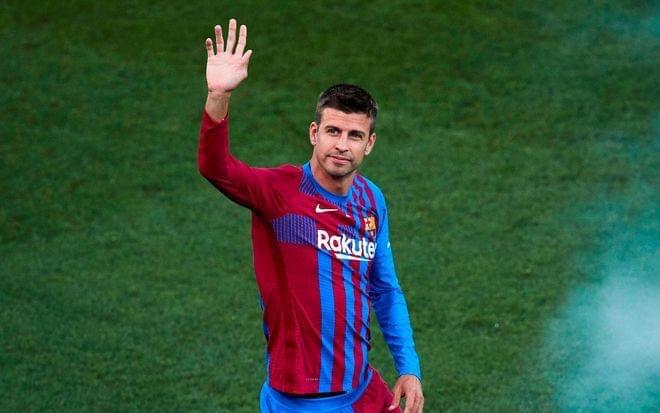 Gerard Pique will be playing his last professional match when Barcelona face Almeria at Nou Camp this evening. The experienced centre-back will not join another club butannounced he will be retiring from professional football after spending 13 years at Barcelona.

Pique, who joined Barcelona in 2009 and won the World Cup with his national team in 2010 when Spain beat theNetherlands 1 – 0 at Soccer City stadium, in South Africa. He played the whole World Cup final alongside his former teammate Carles Puyol who retired in 2014. A few years later, the former Manchester United player continued to win major trophies with his national team when they won the 2012 Euros against Italy before he ended his international career after the 2018 World Cup that was hosted in Russia.

The defender started his professional career at Manchester United where he won the English League Cup in 2006. Two years later, he won Premier League and Champions League [2009] with the Red Devils under Sir Alex Ferguson. But he only made 23 appearances during his spell in England and returned to Barcelona the newly-appointed Pep Guardiola at the time.

The former Man United defender revealed the news in a video message posted on his social media.

He continued: “And now that [this] kid’s dreams have come true, I want to tell you that I’ve decided that now is the time to bring this journey to its end.”

“This Saturday’s game will be my last at Camp Nou. I will become a regular fan. I will support the team. I will pass onmy love for Barcelona,” says Pique who collected 102 caps for his national team.

Pique has struggled with game time this season under Xavihaving made only five starts for Barcelona. The player won more than thirty trophies in his football career both at the club level and national team.