Trouble in Dallas? Well, nothing new there 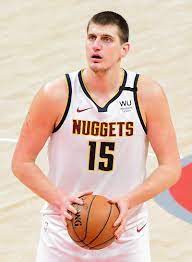 The Dallas Cowboys fell to the San Francisco 49ers 19-12 on Sunday in the NFC Divisional round of the playoffs. Thus, Cowboy fans are waking up this week with the same reaction they have had for 27 years straight: their team will not be competing in the Super Bowl or the NFC Championship game.

With an offense that struggled, putting up 12 points was simply not enough for Dallas on Sunday when it faced a red-hot 49ers team with rookie quarterback Brock Purdy. The Cowboys achieved what they have been achieving since 1995: elimination from the NFL Playoffs.

The franchise that can be referred to as "America’s Team" is looking nothing of the sort as of late. This streak has caused much strain and questioning throughout the media, directed at head coach Mike McCarthy and quarterback Dak Prescott. Where does the fault lie?

Coming off a 12-5 regular season record, finishing second in their division, one that topped the NFL this year, and a playoff win in the Wild Card round against Tom Brady and the Tampa Bay Buccaneers, all systems pointed towards a different outcome for the 2022–23 season. Failure to advance was simply not an option.

Since the loss, Cowboy fans have expressed their displeasure with the team on social media ever since the clock hit triple zeros on Sunday. While the word "rebuild" is being thrown around, seemingly year after year after year, no one can seem to figure out how to get the Cowboys past the divisional round of the playoffs.

Following eight Super Bowl appearances with five victories within them years ago, the relevance and swagger Dallas used to have are getting further and further in the rearview mirror. A 5-7 record in the playoffs since 1995 has left fans not only saddened by the direction in which their team has gone but rather furious.

As it is the same way with every other team eliminated from playoff contention or the playoffs themselves, the focus is switched to the draft this April. With much uncertainty about how to get Dallas back on track, this draft seems to be a little different than years past. The future of the careers of front office employees may be slim if Dallas gains no ground one year from now.

Well, until this time next year!