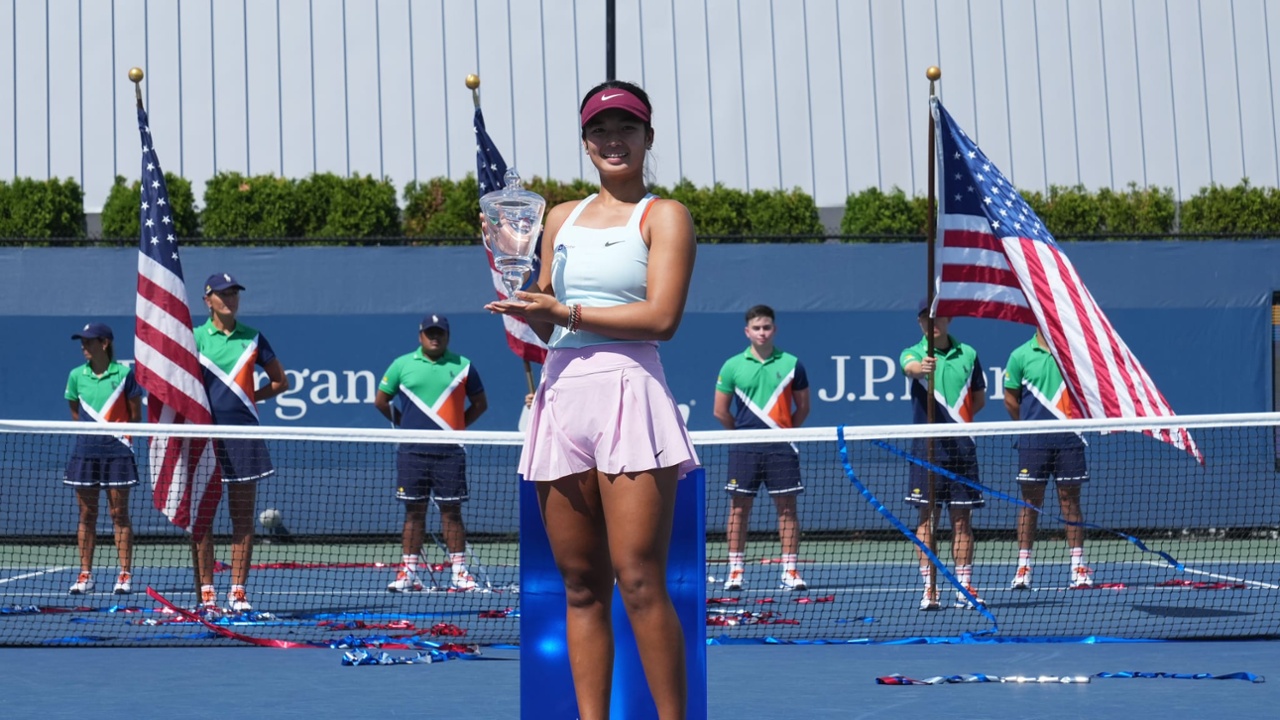 Photo Courtesy of US Open

Alexandra Eala, 17, became the first Filipina to win a Grand Slam singles championship at the US Open, and with her victory, the Philippines received a lot of support. With her victory in New York, Eala showcased her talent as a Filipina athlete, drawing attention to the country's sporting prowess.

According to US Open, Eala honoured Philippine tennis and her nation during her statement after the match. Due to the US Open's prominence in tennis and sports in general, they have the outreach capabilities to promote not only Eala but also the Philippines as a productive nation of athletes.

Following Sirena Williams' retirement this year, Eala also stands for the next wave of tennis players. Although she may have a lot to live up to in her sport, the Philippines is right there by her side to voice their support.

Hidilyn Diaz won a gold medal in weightlifting at the Tokyo 2020 Summer Olympics in 2021, becoming the first Filipino woman to do so. This victory also brought international notice to the Philippines. Eala received similar public support from Manny Pacquiao, a former Filipino professional boxer like Diaz did. According to ABS-CBN, Pacquiao published a social media post featuring Eala as a potent representation of Filipino aspiration.

For the Philippines, Eala's victory is more significant than just a tennis title; it also serves as a reminder of the numerous difficulties the country has faced. As a third-world nation, the Philippines acquired the reputation of being a destitute nation plagued by, among other things, natural catastrophes, labour disputes, and homelessness. As a result, whenever Filipinos are featured in the news, there is often a lot of excitement in the Philippines about the achievements of these people or communities in favour of their nation.

The Spanish-American War and the Philippine Insurrection laid the groundwork for the Philippines' ability to overcome challenges in order to achieve independence and national status, despite the challenges inherent in its historical heritage. Today, the only distinction is that Filipinos compete for attention in a variety of fields, including business, sports, the arts, and education, proving to the rest of the world that they are anything but the underdogs of poverty.

The Philippines may, however, ultimately be included as a common element in international news as the country's development in the media, particularly in sports and entertainment, continues to expand. Maybe the Philippines can start being seen as a competitive player in the modern world, as opposed to people being startled that Filipinos are entering the stage.

Release of "Start-Up" Kdrama's first adaption in the Philippines