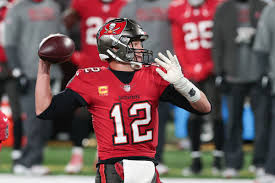 Despite a robust four missed extra points, creating a new NFL single-game record, Dak Prescott and the Dallas Cowboys held on to beat the Tampa Bay Buccaneers 31-14 in what is speculated to be possibly Tom Brady’s last game of his career.

The 45-year-old quarterback was drafted back in the 2000 NFL draft with pick number 199 overall by the New England Patriots, a spot that did not scream potential. However, following that draft, Brady went on to win six Super Bowls with the Patriots as well as one with the Buccaneers after joining the team in the 2020 offseason.

Aside from the accolades and the accomplishments, the seven-time Super Bowl-winning quarterback sits in the middle of assumptions and guesses about what will be made of his future. Was Monday night’s loss to the Cowboys the last time he would lace up the cleats at the NFL level?

"I love this organization; it's a great place to be," Brady said in a postgame interview following Monday night’s game. "I'm very grateful for the respect, and I hope I gave the same thing back to you," he said.

While the sports world can only imagine that this may have been a goodbye, nothing is definite as Brady finished out his contract with the Buccaneers this season. In the past offseason, between the 2021 and 2022 seasons, Brady had retired, only to follow up and say that he was still planning to return for the following season. This came on a one-year contract worth $15,000,000 that the organization restructured to free up salary cap space.

Regardless of the speculation that this may be the end of Brady’s playing career, the future Hall of Famer is not leaving the NFL as a whole. Brady will join the Fox NFL broadcast crew on a 10-year, $375 million contract slated to start when he retires from playing the sport.

While this contract does not give any insight as to when Brady will be officially finished with his playing career, the only question that remains for the upcoming 2023 NFL season is not whether the league will see Brady again, but rather where they will see him: on the field or in the broadcast booth.

I Watched The Giants vs Vikings And I Was Shocked