“We see this as only the beginning”: the Lionesses and inspiring girls' football in schools 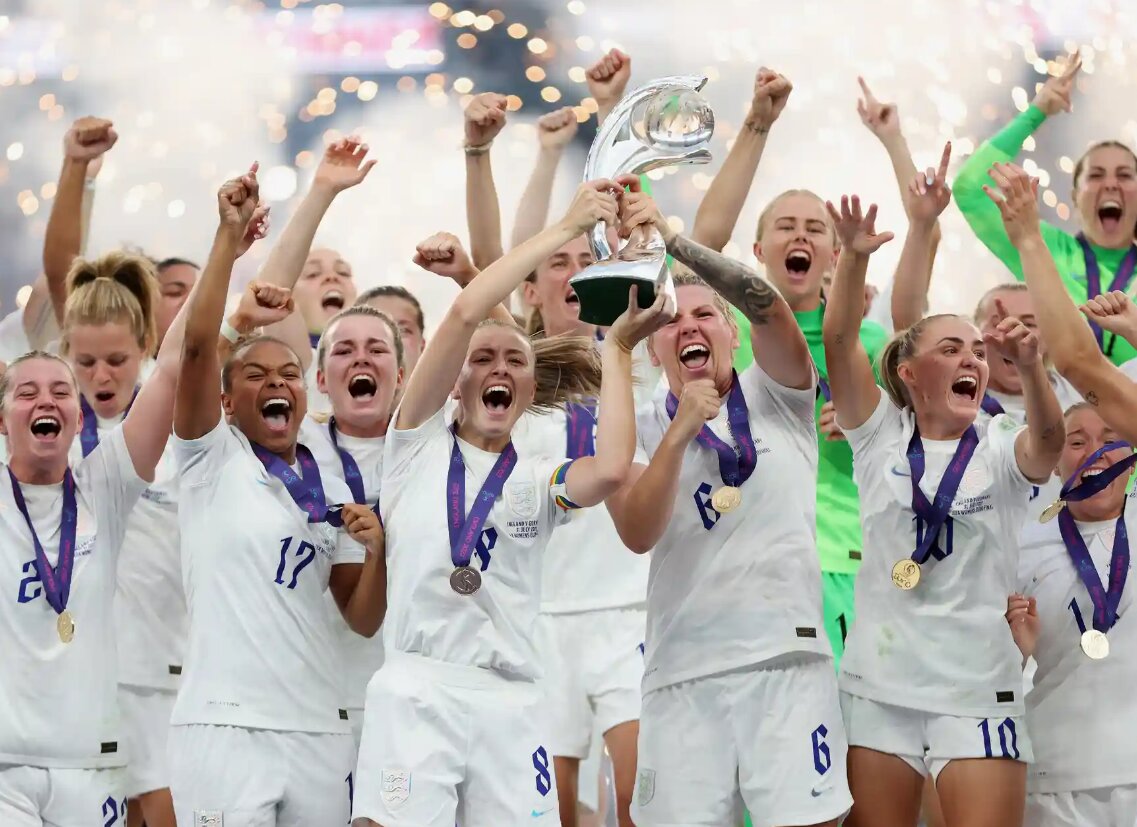 History was made on 31 July 2022 when the Women’s Euro team beat Germany 2-1 in front of a record crowd at Wembley. This was the first major international tournament victory for England since the Men’s World Cup in 1966. In just under two weeks since the ground-breaking event, interest in women’s football has reached previously unmatched levels. The final became the most watched program of the year so far with a peak of 17.4 million viewers and the most watched women’s football match on TV. Similarly, the almost 87,200 attendees in the stadium were a record for a Euro’s final, men or women.

Once the initial celebrations had subsided, the Lionesses jointly published an open letter to the Prime Minister candidates Rishi Sunak and Liz Truss, calling for equality for girls to play football in schools, marking this moment as ‘an opportunity to make a huge difference.' They shared a startling statistic that only 63% of girls can play football in PE lessons.

There appears to be an ongoing yet outdated idea that girls should only do netball or gymnastics. After further research, only 40% of schools offer regular after-school football clubs. To break it down further, while 72% of primary schools make football available for girls, this drops drastically to just 40% at the secondary school level. This issue was highlighted by Ian Wright MBE, former English professional footballer, even ahead of the game-changing win when he argued: ‘If girls are not allowed to play football in their PE, just like the boys can, what are we doing?’ He continued: ‘If there's no legacy to this - like with the Olympics - then what are we doing, as this is as proud as I've ever felt of any England side.’ In their open letter, the Lionesses also called for more investment and support for female PE teachers, who act as key role models in those early years of a girl’s life if they wish to enter the world of sport professionally. These teachers were interviewed in the lead up to the Euro’s final to find out more about our players.

History has shown that women’s football has constantly been subjected to misogyny. In December 1921, the Football Association (FA) recognised ‘complaints’ made against the sport and ‘felt impelled to express the strong option that’ it was ‘quite unsuitable for women and ‘should not be encouraged’ This was particularly outrageous considering that female matches had been viral during the First World War and successfully raised vast amounts of money for the war effort. This ban remained in place for 50 years until 1971- a fact that was widely unknown until the light was shed on the subject by the Lionesses in the last couple of weeks.

Since then, however, the FA has changed its stance and began campaigning more actively for girls’ football. In 2020 they launched a strategy aimed at improving the future of female football with hopes of this being achieved by 2024. This plan includes improving inclusivity, providing all primary school-aged girls with access to football both inside and outside of schools with a chance for all to get involved; either at a competitive level or just for fun, and to ease the future route into professional football or other sporting careers if that was a desired vocation.

What is at the root of the problem? A significant part is the lack of investment. Most teams are dependent on financial support from clubs as well as ticket sales. Unfortunately, the latter was low even pre-Covid. There is a huge discrepancy here, too; an adult ticket for a Premier League match is the best part of £70, whereas a women’s game can cost as little as £9. Illustrating what good funding can achieve, while commentating during the final, former England player and sports presenter Alex Scott declared that it was hard not to get emotional ‘because the amount of investment which has gone into the women’s game is for a moment like this.’ The 2022 Euro tournament was the first time that sponsorship was offered in its entity, rather than coming as a package deal with the men’s, as was previously the case. There is also the issue of the influence of predominantly male boards and men’s teams subsidizing the women’s game. Women’s football is currently considered an extension of the male game. The president of the Union of European Football Association (UEFA) also declared on the day of the final that ‘maybe some people - sponsors, broadcasters and everyone else - should start thinking that it's worth investing in women's football.’ Hopefully, the Lionesses’ success and increased limelight will mean that sponsorship will become more of a certainty for future matches.

To put into perspective how much fewer women’s football is valued compared to men’s, the total prize money for the 24 teams in the Men’s Euro was around €331 million, and the 16 women’s teams were awarded only €16 million. Harry Kane, the men’s England captain, earns in a week the same amount of money Lionesses captain Leah Williamson makes in a year. For Jill Scott, one of the Lionesses’ midfielders, football is not her only income. She owns a coffee shop in Manchester and a BBC podcast - Jill Scott’s Coffee Club. There is much to be done to close the gap and equalize the income the players receive.

This inequality and lack of visibility at a professional level then filter down to where most women first discover the sport… school. It is, therefore, surprising that so little thought is given to PE lessons and clubs. On discussing the legacy of the Euro’s 2022, Leah Williamson argued that it was already shaped before the final, ‘the young girls and the women who can look up and aspire to be us… We've changed the game, hopefully in this country and across the world. There has undoubtedly been an increase in aspiration. Southend Manor FC is launching new teams for girls and women following a surge of interest. The club secretary said they had had a lack of interest for the last 18 months but were gaining more and more attention following the win. ‘The Lionesses have… caught the imagination of the country; they did so well, and we have had a bounce in the community for it,’ he said.

As celebrations rang throughout Wembley stadium, presenter Gabby Logan declared: ‘The Lionesses have brought football home. Now it’s down to the rest of us to ensure it stays here. Do you think it’s all over? It’s only just begun.' Hopefully, the Women’s Euro’s 2022 win will be the spark for change.