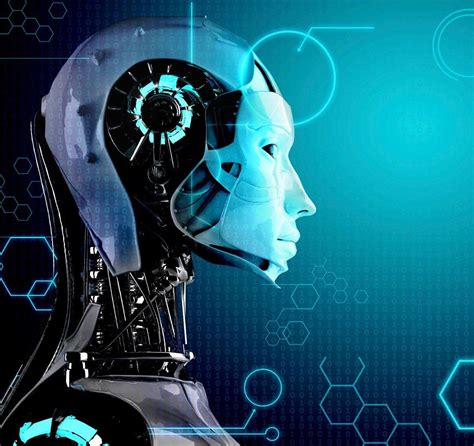 Artificial intelligence (AI) is becoming more and more present and advanced in different areas of life and society. From facial recognition software in iPhones to self-driving electric cars, AI is now increasingly common in the things we use every single day. While these advances in technology are impressive and helpful, they need to be treated like everything else we use and consume: with moderation.

Elon Musk, one of the world’s leading figures in artificial intelligence and technology, owns the electric car company Tesla, as well as a private space exploration company called SpaceX. If anyone was going to support the advancement of AI it would be him, and yet, even Musk has expressed concerns regarding the continuous strengthening and commercialization of AI. According to The Guardian, when questioned about artificial intelligence in an interview at the AeroAstro Centennial Symposium held at the Massachusetts Institution of Technology (MIT), Musk declared that “with artificial intelligence we are summoning the demon,” and “if I had to guess at what our biggest existential threat is, it’s probably that.” Neither of these comments from the leading figure in artificial intelligence is very promising for the future of this prominent area of technology. But these remarks are not the only warnings Musk has given.

This technology guru has uttered countless predictions about the future of AI and the various threats that could arise from it. Musk benefits the most financially from this advancement in technology, which makes his expressed concerns even more alarming to AI and consumer communities. Though most people probably assume that Musk is only after monetary gain, he claims that he “invests in companies working on artificial intelligence just to be able to keep an eye on the technology,” according to CNET, a technology company. Musk seems to want to be just as prepared as the rest of us for any possible threat presented by this advancement of technology. And who better to be our inside man than one of the foremost experts in technology?

Consumers and citizens of America have been skeptical of Musk’s trustworthiness for years, and one can understand why. Musk is one of the richest men in the world, which grants him a lot of power and has been said to be socially awkward and uncomfortable. These things scare people and make Musk seem untrustworthy, but he might not be as scary as he seems.

One of the most obvious signs pointing us towards trusting Musk is his comments against artificial intelligence, which is the very area of technology that he makes most of his money from. What gain does Musk have in warning us against the thing that provides him with a livelihood? Another reason some have declared to make him more trustworthy is that Elon Musk is a father to eight children. Though most people do not know that he has this many children, and most of them are from different women, there is still something to be said for a father of eight. Why would Musk want to create or support something that could destroy the future of the world for his own children? Musk is also currently in a battle for the ownership of Twitter, claiming that once he controls the social media app known for its censorship and limitations on opinions regarding political and social issues, he will reinstate free speech on the app and allow users to openly express their thoughts on topics that have been controlled for the past few years. These reasons are just a few things to consider as you form your opinions of the well-known CEO of Tesla and SpaceX.

Artificial intelligence (AI) could be posing a great threat to the future of technology and of humanity as a whole, and the leading figure in AI continues to warn experts and consumers about the dangers of this technology. Elon Musk has made some very harrowing predictions about what could happen if we don’t control the advancement of AI and its role in our lives. Regardless of whether he is declared trustworthy or not, it seems in our best interest as a country and society to start paying attention both to what Musk is saying and to the possibilities, both good and bad, of artificial intelligence in the future.

Elon Musk vs. Twitter: A Recap Of The Rollercoaster Of The Year