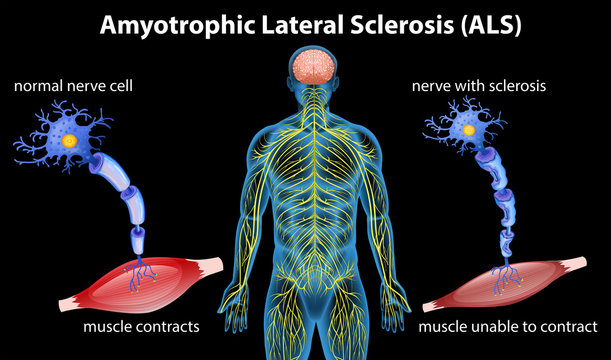 In Germany, there was a recent successful study in which a fully-paralyzed man was able to communicate with just his thoughts. The paralyzed man has chosen to remain anonymous, for privacy purposes, so he will be referred to herein as “the German man.”

What we do know about him is that he lives in Germany, has a wife and four-year-old son he desperately wanted to communicate with, and has amyotrophic lateral sclerosis. Amyotrophic lateral sclerosis, otherwise known as ALS, or Lou Gehrig’s disease, affects neurons in the brain and spinal cord. People who have ALS progressively lose the ability to move and eventually end up in a “locked-in” state, where they have zero ability to move and no way to communicate.

While the German man has now progressed to the locked-in stage, he began the study in question when he still had control of his eyes and was able to use eye-tracking technology to communicate with researchers when the study began. Neuroscientists Niels Birbaumer and Ujwal Chaudhary are the researchers and co-authors of this study. The scientists implanted two chips in the German man’s brain, and both chips contained sixty-four microelectrodes. The microelectrodes pick up the signal of brain activity.

Birbaumer and Chaudhary decided to try a technique called “auditory neurofeedback.” This means that when the scientists received real-time activity of what was going on in the German man’s brain because of the chips, that activity was translated into sound. The German man was then able to modulate the sound by changing his thoughts. The German man is able to raise or lower the pitch by simply thinking of different things. At first, the German man only communicated through yes and no, but moved onto a spelling section where he is able to say yes or no to certain letters and thereby formulate actual words.

At first, the German man was spelling words at one letter per minute, but soon picked up the pace. His first message was a thank you to Niels Birbaumer.

This study is the first time a completely paralyzed person has been able to regain the ability to communicate at length. “Our study has proven that a person with locked-in syndrome is not a soulless body, but a body with will and desire”, Chaudhary told Stat News. Hopefully, this study only represents the beginning of paralyzed individuals being able to use their thoughts to speak.