Can the Digital Rupee Replace Crypto in India? 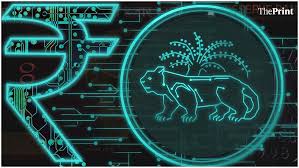 The Union Budget 2022 along with recognising cryptocurrency introduced the Digital Rupee which will be in circulation by 2023. Many people opine that it would be able to replace the crypto trend with a more responsible system. It is being argued that it will make allocation, taxation and internal collaboration easier for the government and simultaneously increase digital usage of money. What's the difference between the two and the pros-cons of the same?

While cryptocurrency is both a payment mechanism and an asset class, the sovereign backed digital rupee is just the former. The similarity between the two is only in the fact that they are digital. One can compare it to the Aatma of Indian mythology; it can't be torn, burnt, drenched or destroyed making its life infinite. The essence of Crypto is decentralisation, it cannot be regulated by intermediaries like banks or any other financial institutions of a particular nationality. As the world is becoming smaller the option of moving into different countries is not uncommon. So in some Asian and many African countries where there is unstable governance, crypto acts as a safety net as you can always have money which is acceptable anywhere. But the digital rupee is not only sovereign backed but also sovereign controlled, it is

Even when the question of anonymity remains unanswered, transactions conducted would certainly be traceable and recordable. The country is still reeling from the Pegasus controversy and the digital rupee will add fuel to fire by giving more unprecedented control to the government. Nandan Nilekani, the father of our biometric system, also expressed concern over this issue. Also with crypto, you have the potential to make money just by buying when bullish and selling when bearish, although with a high rate of 30% tax. The digital rupee is just regular money used online through Paytm or BharatPe but more secure in the rare case these collapse since it would be powered by the RBI.

What would it mean for Small Businesses?

BharatPe was in the news recently as its MD Ashneer Grover quit following an internal argument with the board. BharatPe and many other nascent companies are based on the fintech system. The government would see all transactions done through the digital rupee but these payment apps might miss them. The fintech industry in that way will lose access to valuable data that it is currently mining with artificial intelligence to make cheap loans available to those who do not possess adequate collateral or business registrations. This will make a dent in the fintech based entrepreneurial trend in India. The digital rupee is a threat to local banks too as the availability of these currencies will make it easier for depositors to withdraw their money whenever there is stress. There is also no talk about placing a limit on E-wallet so weak banks may struggle to retain their low cost but popular deposits. As the Deputy Governor pointed out, banks would be motivated to hold larger liquidity which would result in lower returns for commercial banks. It is being assumed that the digital rupee would make cross-border transactions easy, which is good because we are the world's number one recipient of foreign remittances. But a global network of banks based on online payment systems could have easily solved the problem without any risk.

India has been hasty in this, we could have waited to see the effect of CBDC on other countries like Japan which is considering it in 2026. We are far from losing the use of banknotes in India, they will always remain a flex. About 15% of our total money supply is in notes while in Sweden it is as low as 1% but they are in no hurry for implementing CBDC, then why are we? Crypto is being accused of aiding money laundering but that can be checked by strict KYC norms. Cryptocurrency can also act as a hedge against inflation as Bitcoin has a protocol designed to keep coins scarce regardless of monetary policy. The digital rupee thus has a long way to go in balancing itself against current odds before being a challenge to cryptocurrency.