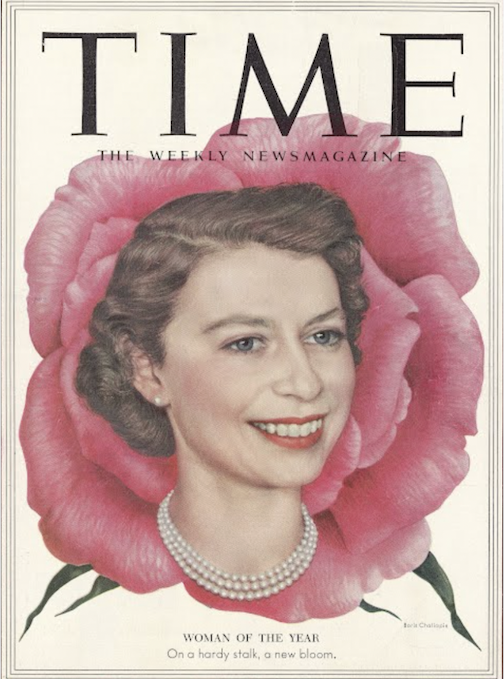 Throughout the late Queen’s reign, she oversaw some incredible advances in post-war Britain.

From television to nuclear power stations, car manufacture, the Queen’s first Instagram post, and Zoom calling her Horse breeders to monitor births, many things she saw have changed the way we live, powering our homes, getting us to work, helping us work from great distances, inform others, and entertain us.

In 1957, the sale of television sets skyrockets once it hit the papers. The Queen’s usual radio speech was also to be televised, unlike her father’s twenty-five years before, only available broadcasted on radio.

Even her coronation in 1953 was broadcasted for the first time, showing the grandeur and great occasion to the average modernising family, who owned or rented a television set to view it with. In that very same broadcasted speech over television, she then spoke of the “speed at which things change around us”. Little did people at the time imagine that that very Monarch who promised herself to her nation and Commonwealth that she would see seventy years of advancement towards the modern age.

In an interview with Sky, she would reflect that in 2017, “Six decades on, the presenter of that broadcast has ‘evolved’ somewhat; It is not the new inventions which are the difficulty, The trouble is caused by unthinking people who carelessly throw away ageless ideals as if they were old and outworn machinery. At this critical moment in our history we will certainly lose the trust and respect of the world if we just abandon those fundamental principles which guided the men and women who built the greatness of this country and Commonwealth.”

Precursors to the modern Zoom call were truncated calls, or Trunk calls, where you could make a longer call on a house phone without the need to connect to an operator to connect the call for you.

The Queen made one to Lord Provost when he was three hundred miles away in Edinburgh in 1958, from the Bristol Telephone Exchange, with it costing about four pence in today’s money.

Even closer to her Instagram post years later, The Royal Family’s website, then called www.royal.gov.uk, instead of royal.uk was unveiled at a school in Kingsbury High School, which in its own way shows how far we have come from 1997’s internet exploration, due to the shortening of the address, now faster to access in it’s short and easy to type the address, as well as easy to remember. 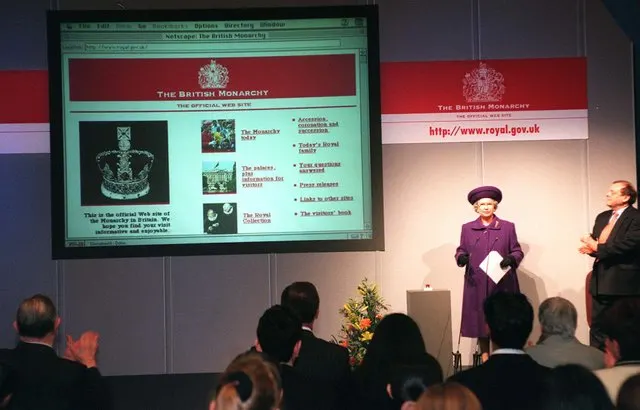 The world wide web and our connection with the Royal family in many of the ways we now take for granted, with the first Christmas broadcast also being broadcast not only on television and the radio as it was initially, when King George the IV, her father, was alive, but now online, via Youtube. The Royal family first posted it online in 1997, the same year the Royal website was launched.

Even more technological advances were made in 2009 when the Queen visited Google. The late Queen sent emails to twenty-three young bloggers who had documented their feelings and daily lives about living in the Commonwealth when it was celebrating sixty years of its establishment.

The Queen; who still preferred the use of letters and cards; despite having a blackberry phone for the benefit of answering calls and emails on the go, quite unlike the trunk call and telegrams she sent before, and certainly more advanced than the electronic message she sent at an army base in 1976 when on a visit, would have more of a presence within our digital based personal lives than her family before her.

Despite this, she was recognised by millions but rarely known personally to anyone outside her family and social circle.

Even Royal biographer Matthew Dennison once remarked that “What we actually know about the Queen is remarkably little, We know that she enjoys racing. We know that she likes corgis. We know that she prefers blankets and sheets to duvets. But beyond that, we know almost nothing about her.” in an interview by Reuters.

Although balancing the line between the privacy of her family and being very much in the spotlight, she was careful not to have technology like televised programs, starting from her speeches to the family-style documentary film made in around 1969, called Royal Family, showing a whole year and a few months of the royal family’s daily life, to increase popularity and ensure that they were almost, in specific ways, like everyone else in a turbulent time of political and social time.

It was broadcast on the twenty-first of June, 1969, which actually bought turbulence of wavering support back to supporting the royal family wholeheartedly. Thirty-seven million people watched it at the time of its airing.

However, the Queen then ordered the two-hour film to be taken off the air shortly after, realising that perhaps, being too visible, normal and seen in private and their public job capacity was dangerous, almost as much as being radically different.

However, between ninety seconds to two minutes of the Documentary was used to reflect on as part of a technological display at the British Museum in 2011 to commemorate the Diamond Jubilee. Funnily enough, it was uploaded online to Youtube by someone and seen by over four hundred thousand people who viewed it by 2017 alone.

According to a Documentary snippet on Youtube by the Smithsonian about the Documentary Royal Family and its controversiality, the unseen hours and hours of footage have been locked away since then.

However, the dynamic of the public, technological advances and the modern Royal family have changed in the last twenty years as quickly as the fashions of the late Queen, the roles of a traditional family like the Windsors and the many attitudes of the public towards them have.

There is still the ageless type of pomp and pageantry, but nothing could be more different now than it was then.

She put this perfectly in 1999, “I do not think that we should be over-anxious. We can make sense of the future - if we understand the lessons of the past. The future is not only about new gadgets, modern technology or the latest fashion, important as these may be. At the centre of our lives - today and tomorrow - must be the message of caring for others….”