How the invention of technology changed the newsroom 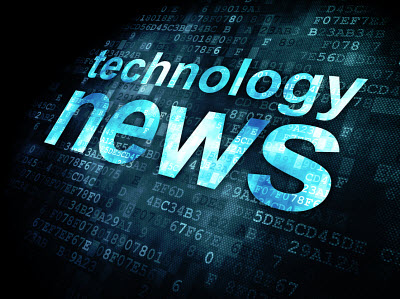 Broadcasting is simply a way of communicating or transmitting a signal, message, or content to numerous recipients simultaneously over a communication network. In this case, it's through televisions. In 1939, the National Broadcasting Company (NBC) became the first company to bring television to the world. On February 1, 1940, their first official network television was broadcast in the United States. It started with having a total of 36 television stations and ended up having nearly 400 stations. This was a record-breaking implementation.

In that newsroom, the cameraman, the behind-the-scenes workers, and hosts find different ways to communicate with each other when taping a show. Before technology was placed into this world, all three of these people had to either physically move their bodies to communicate with others or say what they had to say to each other before or after the taping. Now workers in the newsroom simply just use microphones that are either connected to the headphones or attached to their clothing. This allows all messages to be transmitted quickly, quietly, and directly to where you want them. It allows for better coordination between the people on the set.. Without the need to walk through the studio, the messages can be communicated thoroughly. The urge for long-distance communication paved the way for this invention. This change has been made for the better of every newsroom in today's society.

Microphones, in particular, changed the world by transforming a sound into a signal that can be intensified, taped, relayed, and heard anywhere and at any time. The process includes an electrical signal passed to an amplifier where the sound is increased or just passed to a recorder to record it. As there was a transition in how communication became easier, the microphone styles started to change as well. Cardioid Dynamic Microphones were the basics of the types of microphones were used back in the day. Now people are using Miniature Cardioid Microphones. Newsroom workers would choose the Cardioid Dynamic Microphone over the Miniature because it doesn't pick up a lot of unnecessary noise.

Most newsrooms, including Berks Community Television Station, use DPA microphones. They use every one of their microphones. DPA provides mics for cars, TV entertainment, sports events, news broadcast, and mobile journalism. They give newsrooms the option to choose because they know that broadcast is a wide segment and the microphone is dependent on specific needs. Their products range from lavalier mics, mobile audio and surround solution speakers, headset mics, boom mics, and other similar applications.

The lavalier mics for broadcast consist of the 6060 Series Subminiature Microphone, which is one of the best DPA mics for large audio power. 4060 Series Miniature Omnidirectional Microphone tailors around applications that are based on reactivity, intensity, and placement needs. The 4160 Series Slim Omnidirectional Microphone is great for film assignments or any other situations where you need a completely hidden microphone. 4660 Series Heavy Duty Omnidirectional Microphone withstands the toughest of conditions, and the 4080 Miniature Cardioid Microphone is designed for broadcast, conference, and other live performances both in the studio and in the field to pick up broad and off-axis noise patterns. The small sizes of these microphones make up for the clarity, consistency, and durability of the sounds.

Boom mics for broadcast are designed for long-distance communication in large areas where multiple microphones are there already, such as sports events and in-studio interviews. 4017 Shotgun Microphone and 4018 Supercardioid Microphone are the only two.

The 5100 Mobile 5.1 Surround Mic is versatile and can be changed to capture the sounds from all parts of the scenery. This part of DPA surrounds solutions for broadcast.

All of these microphones are expensive but are worth the money because their use is endless. The new microphones and older microphones were both great inventions brought to the newsroom.

Newsrooms have leveraged new technology to communicate to audiences. Their audiences include customers, investors, employees, employment seekers, and suppliers.

For example, around 1945,  ABC started as a radio network. As this was the entry into television, it was undergoing reconstruction. It was hard for ABC to avoid falling behind on the new medium of television. April 19, 1948, was ABC’s first appearance on tv with WPVI-TV in Philadelphia. It was their first affiliation. Once ABC merged with UPT, relationships with Hollywood’s film production studios were created. During the 1960s, ABC gradually transitioned to color.

Now, you see a variety of leveraging technology,which ABC TV uses to communicate with their audiences. ABC TV has its own Live Stream- a live transmission of an event over the Internet; which also meant that a free-to-download ABC app was included.  The app is available on all Apple products, Androids, Kindle tablets, Amazon Fire TV, and Rokus. While on the computer, one just has to have a high-speed internet connection, Adobe Flash Player installed, or an enabled Javascript.

In terms of filming news and events, instead of the old latter cameras, television networks now use 3-CCD Z-HD5000 camcorders in the studio and out in the field, while using digital SLR (single lens reflex) cameras to record full-motion. An ABC affiliate in Weslaco, Texas, uses XA10 HD camcorders for shooting in the dark. The most popular news networks have evolved into the technology that they use now.