Impact of Gaming on Society 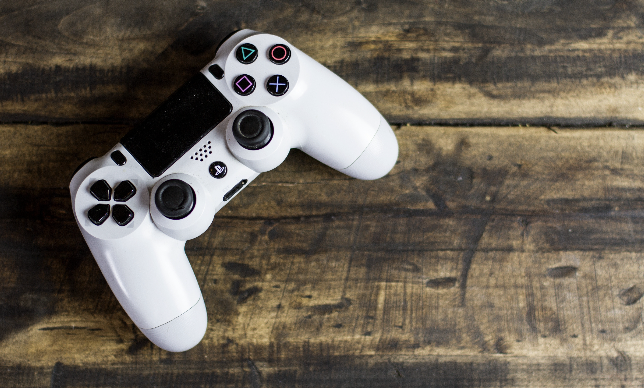 From the first generation of dots and dials to today’s generation of immersive and heightened sensory experiences, global culture has emerged around gaming, allowing players from all around the world to interact on an equal platform. With countless decades-old rivalries among console developers finding intuitive ways to create the best console, what doesn’t shy away from the spotlight is the extreme use playing games can have. And how they have influenced our lives and the communities that we reside in.

Gaming has been, and will always be, a source of interaction and immersion away from the real world. The first gaming console ever released was the Magnavox Odyssey in 1972, designed for household use. At the time, the Magnavox Odyssey was a revolutionary step in home entertainment. Now, fifty years later, the technologically advanced PlayStation 5 and Xbox Series X dominate the current (ninth) generation of gaming consoles. The added benefit of the ninth generation is illustrated by TechRadar, as both consoles have the capacity of 4K resolution gaming, 120 frames per second (the measurement speed of the number of frames appearing within a second), supports ray tracing (lighting visuals to enhance the level of realism) and entices faster loading times when entering a game.

The variety of consoles available nowadays is a clear indicator of the increasing popularity of the gaming industry and thus how gaming has become an everyday home leisure activity for many. One aspect that normalised gaming in our day-to-day lives was the Covid-19 pandemic.

According to an article by Sage Journals, during the Covid-19 pandemic, people would interact in different ways as general interaction was restricted. One of those ways was interacting through online multiplayer games. Those games provided the need to remain in contact and a stress reliever to escape the effects of lockdown. Whether that means playing against your friends in a 100-player survival game like Fortnite or a looter shooter like Destiny 2, even today, there is always something that meets the expectations of everyone.

However, while gaming has created a source of interaction between friends and family, there are also negative impacts to gaming as well. Though it is a good source of escapism after a day of work or school, it can also drastically change your lifestyle.

An article from Harvard Health Publishing highlights the effects of excessive gaming and demonstrates that players can create psychological problems. Some of the critical points of gaming addiction are that it can even degrade more intimate relationships with close friends and loved ones, develop an excessive preoccupation with gaming and even cause a loss of interest in activities outside the gaming world, even socialising.

Other health effects that Harvard Health has discovered is that excessive use of gaming includes the person’s preoccupation to the point where said person will even struggle to step away from the screen; with that effect in mind, it can induce withdrawal symptoms from the open world as their tolerance becomes weakened to the point where the person will even struggle to leave their home. Furthermore, gaming can also be used as a sense of escapism, not just for positives but also negatively, as it can be used to relieve stress, anxiety, guilt and other negative mood states that have been induced within the household or even on the outside world.

Socialising over digital gaming has become much more important since the birth of gaming. This is because in the 1970s, when the first generation of gaming consoles was released, the internet had not been invented, so online communication was impossible. In comparison, as we now live in the digital age, where technology has become much more advanced, the BBC illustrates that Gen Z gamers have perfected the art of building friendships and communities around video games.

Reddit, Discord, Steam and Twitch are all highlighted as online platforms that have all popular social networks for gamers to interact in the gaming community by MakeUseOf, providing ways for gamers to converge in small and big groups without travelling.

On a global scale, gaming presides as the most interactive and immersive form of communication with other people worldwide while also providing a euphoric escape from the real world. As gaming can induce a feeling of euphoria, it can also have an effect unless it can be controlled. WebMD lists solutions to prevent gaming addiction. The best answer they encourage is to reduce/limit the playing time, keep phones or gadgets out of sight and incorporate other activities such as exercise to lower any possible health risks.

As it is unsure whether a specific type of game can lead to an extensive problem, it is essential to keep gaming time mediated to ensure any physical/mental or even social issues will not be affected.