Microsoft to suspend LinkedIn in China, citing a 'difficult' environment 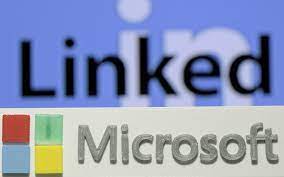 It has been nearly seven years since LinkedIn was launched in China by Microsoft Corporation (MSFT.O), and this marks the end of an era as Chinese authorities tighten their grip on the internet sector this Thursday. When it came to American social networks in China, LinkedIn was the last one standing due to the country's tight restrictions on Internet usage. A decade of restrictions on social media giants like Twitter and Facebook, as well as Google's decision to close its doors in 2010, has left the country without access to these platforms.

China is LinkedIn's third-largest market, according to Statista. The Microsoft CEO, Satya Nadella, revealed in July that LinkedIn generated about $10 billion in income each year. In 2016, Microsoft paid $26.2 billion to acquire LinkedIn.

LinkedIn was shut down by Microsoft because of a "far more difficult operational environment and higher regulatory requirements in China. Microsoft is creating a new job search site in China instead of utilising LinkedIn's social media features. According to LinkedIn's March notification, China's internet censorship authority had set the company a 30-day deadline to enhance the quality of its content. Chinese authorities have targeted a number of local IT giants for alleged monopolistic actions and aggressive data collection. According to government sources, the administration wants platforms to promote socialist values even more vigorously.

In China, the career-oriented social network will be replaced by an application that focuses on job applications but does not include networking components, according to Mohak Shroff, senior vice president of engineering at the US-based corporation. According to a blog post he published on Thursday, the business climate and compliance standards in China have gotten much worse. The Chinese government also wants platforms to do a better job of promoting socialist values. An overall government policy is to tighten the reins on the world's second largest economy, with a concentration on private education, real estate and casino gambling. LinkedIn established a bare-bones offering in China in 2014 to comply with the country's stricter internet regulations. The new InJobs website will not include a social feed or allow users to share articles or postings with others and would concentrate entirely on employment.

According to LinkedIn, when it comes to the more social aspects of sharing and staying updated, it hasn't had the same level of success as helping Chinese users discover jobs and economic opportunities in the United States. While other social media sites like Twitter and Facebook (FB) have been blocked in China, this is an example of how a Western social media app could operate in the country's tightly regulated internet.

A year after admitting it would have to censor some of the content users uploaded to its website to meet Chinese restrictions, the platform expanded into the country. In March, LinkedIn stopped accepting new sign-ups in China, citing local regulations as justification. Two months later, the country's top internet regulator ordered it to make the changes after receiving a complaint about 105 apps. According to Axios, the Chinese government considers "prohibited content" to be very sensitive, and as a result, LinkedIn has banned many US journalists' and academics' accounts from its Chinese platform.

The only major international search engine accessible from within China's Great Firewall, which censors search results on sensitive subjects, is Microsoft's Bing, which is owned by the company. Due to hacking attacks and government censorship, it was compelled to depart the country. In spite of the fact that Amazon's website is accessible in China, Alibaba and JD.com are the dominant players there.