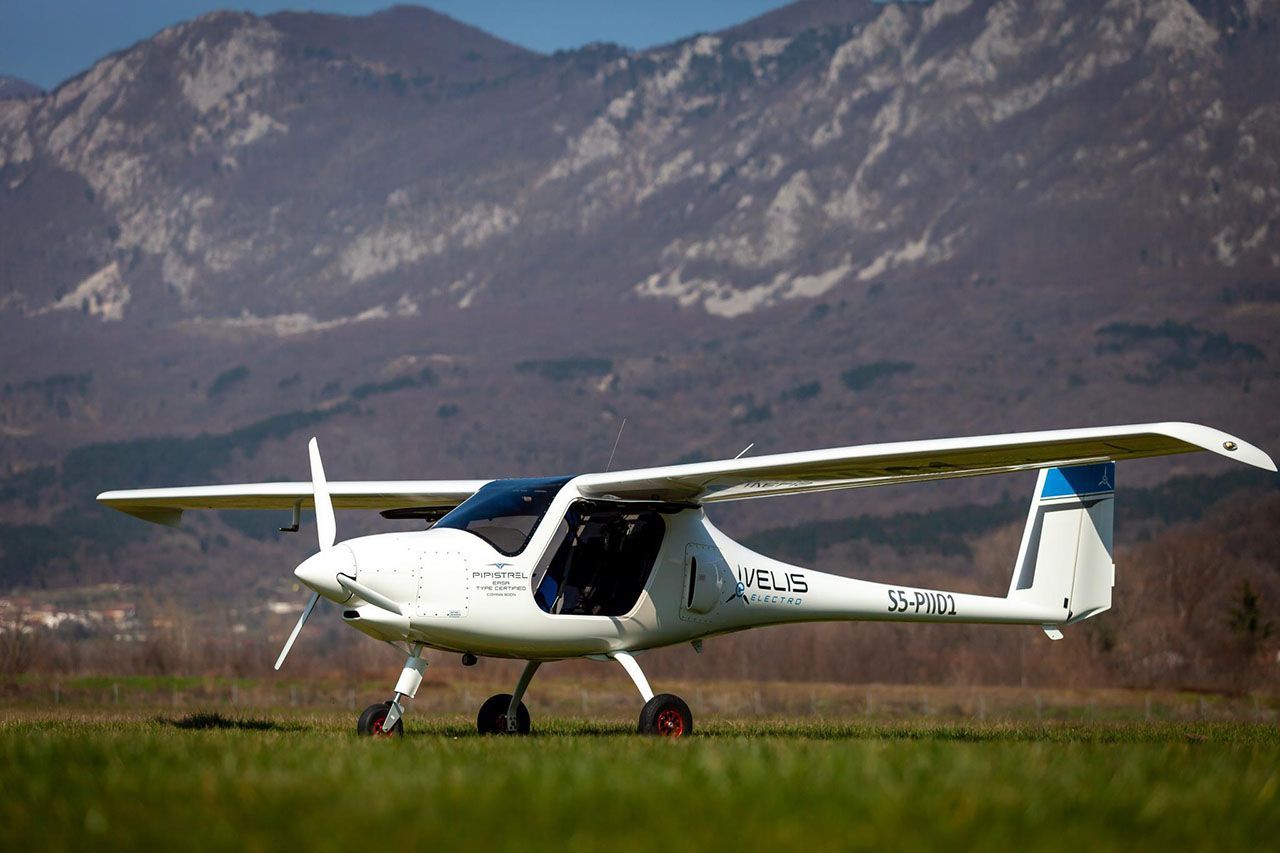 Two years back, Newzealand achieved a milestone in its effort to lead the way towards a carbon-free aviation future when its first electric aircraft traveled 80 kilometers across the ocean.

The two-seat Pipistrel Alpha Electro, built in Slovenia for flight training and pleasure flights, flew from Blenheim on the South Island to Wellington on the North Island. The 45-minute flight across the Cook Strait consumed only $2 in electricity. After achieving the milestone, Electric Air founder and pilot Gary Freedman, said: “We still had 40% left in the battery. We could have almost flown back again.” The Pipistrel New Zealand is testing has a 30-minute reserve on a single charge and can stay in the air for an hour. That is sufficient for a quick pleasure flight.

The flight was one of the aviation industry's crowning achievements. This brings us one step closer to realizing the green aviation dream.

For the last few years, our planet has experienced significant changes in the climate. Different regions are experiencing climate change events. Droughts, floods, earthquakes, and heatwave catastrophes impact the Earth in the most dreadful manner. Environmental activists and World leader has been working to overcome these issue. Many summits and conferences have raised the issue of carbon footprints on Earth.

At this time, the aviation industry has faced a tremendous backlash from climate activists for contributing to the greenhouse gas emissions causing climate change. According to the Environmental Protection Agency, aircraft are responsible for 10% of greenhouse gas emissions from transportation. (Transportation emissions account for 29% of total emissions). To overcome the matter of carbon emissions, aviation society worked to reduce aviation’s carbon footprint. The sector set the goal to become carbon-neutral by this year and to reduce its emissions (responsible for about 2-3% of global carbon emissions) by half by 2050. According to a recent survey of travelers, 46% said they would be willing to pay more for carbon-neutral flights if more action was taken to reduce emissions.

To achieve the goal of a carbon-free flying experience, aviation introduced electric aircraft. This cutting-edge aviation technology has the potential to be the aircraft's most significant contribution to lowering carbon footprints. But the question here is whether electric aircraft can be a long-term solution.

Things are looking better at the lower end of the market. However, in the long run, this could pose a problem for the aircraft. A technologically advanced aircraft can be advantageous in a variety of ways.

Electric aircraft have motors that are 95% more efficient than conventional airplanes' engines, which have an efficiency range of 18% to 23%. As a result, they produce a negligible amount of electricity, which could be a significant step in reducing the greenhouse effect.

Electric aircraft are safer than regular aircraft. Since planes produce less heat than combustion engines do, they don't need as much air to cool them, which can slow the motor down due to drag. Therefore, they have a lower chance of mechanical failure and a lower risk of explosion or fire in the event of a collision. All this has a minor effect on the speed of the electric airplane, which turns out to be a significant advantage.

Because of their higher efficiency, electric planes are much quieter and can thus be placed close to residential areas. Electric aircraft can take off and land quickly because they don't need to gradually accelerate to liftoff speeds, allowing airports to be built closer to destinations of interest.

As electric aircraft can be an innovative step made by aviation towards a clean and eco-friendly aviation service with better advantages, the problem arises with the batteries used by these aircraft. The electric batteries used are lighter than the regular batteries, but they are still too heavy to be a viable energy source for long-haul flights. These were among an electric airplane's most prominent drawbacks. Moreover, they may be toxic, prone to rupture, short-circuit, catch fire, and be costly.

Ways to overcome the problem with electric planes:

Employing some novel techniques can avoid the drawbacks of electric planes. Super-lightweight carbon fiber construction techniques can be used to reduce the weight of airplanes. For the long-endurance mission, a small jet-fuel-powered auxiliary power unit can be utilized. Instead of using an all-electric battery-powered aircraft, which would be more expensive and heavier, this solution offers improved efficiency and lower costs. Moreover, lighter batteries such as lithium-ion batteries can be a possible solution.

However, Electric Planes are now in the air:

The recent boom in the technological sector revolutionized the aviation industry. New technology has produced batteries that are smaller and more powerful than their predecessors.

This resulted in the production of viable electric aircraft technology. Many promising companies started the development of electric planes. Among many, Wright Electric is developing a 100-person all-electric airplane that will be available for purchase within the next six years.

Lately, the world's first fully certified passenger-carrying commercial all-electric aircraft is now in operation and providing scheduled flights with an estimated cost of about $100. The Velis Electro, the only licensed electric plane in the world and the EU and UK, is taking off as a more environmentally friendly choice for aspiring pilots.

The Velis Electro is a two-seat light aircraft made in Slovenia by Pipistrel designed for flight schools. The single-engine aircraft has a maximum speed of 98 knots and a ceiling of up to 12,000 feet (113 mph). It has two batteries with a two-hour maximum recharge time, and each charge provides about 50 minutes of flight time (plus reserve).

Tine Tomažič, chief technology officer at Pipistrel Slovenia, tells CNN Business, “You can literally take this airplane home and use it from day one for whatever you were using other non-electric powered airplanes for before.” He added that there is no carbon emission from the plane as well as it is much quieter, around 60 decibels. Therefore, it can be used near residential areas by pilots without annoying the nearby residents.

Thus, the technological evolution in the aerospace industry will demonstrate the aviation sector's progress toward carbon-free flying. Hence, these innovations can change the future of our planet.

In the end, now it can be said that “The future of mobility is literally taking off!”