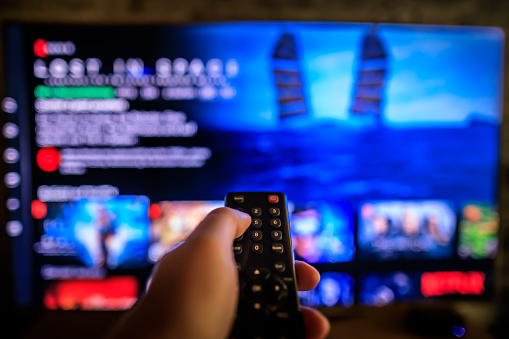 Netflix, a popular streaming service, has announced changes to its subscription plans, which include putting an end to password sharing with members outside of the same household beginning in 2023.

This decision was made because Netflix lost nearly a million subscribers between April and July due to people quitting the service. The stock dropped by 30% as Netflix reported a decline in total subscriptions from 221.8 million to 221.6 million in the first quarter of this year.  It is estimated that password sharing is a contributor to the cause, which in countries such as the United Kingdom, it is considered illegal.

“There is a range of provisions in criminal and civil law which may be applicable in the case of password sharing where the intent is to allow a user to access copyright-protected works without payment,” The Intellectual Property Office (IPO) in an article. “These provisions may include breach of contractual terms, fraud, or secondary copyright infringement, depending on the circumstances. Where these provisions are provided in civil law, it would be up to the service provider to take action through the courts if required.”

Netflix has worked to monetize password sharing in a plan that has been enacted in Latin countries such as Peru, Costa Rica, and Chile, where Netflix requires users that are suspected not to be the primary account owner to enter a verification code that is sent to the prior owner that is only valid for 15 minutes according to. An additional monthly fee would be charged to be no longer prompted to enter the code.

Netflix has also attempted to resolve password sharing by having add-on payments rather than removing it entirely. Netflix has tested this in Latin Countries by charging $3 extra for users to share their passwords. According to an article, the $3 fee “works out to be roughly equivalent to one-quarter the price of a Standard plan, on average.”

Netflix has also promoted profile transferring, where password sharers can bring their watch lists and recommendations to their subscriptions. With the additional charge that would be made for primary users to share their password, it is intentionally made to encourage growth in subscriptions.

“Executives have discussed charging account sharers in the U.S. a sum that is only slightly below the cost of its $6.99 ad-supported plan, according to people familiar with the situation,” the Wall Street Journal said. “That could encourage password borrowers to sign up for their subscription — and have full control over the account — rather than asking the account owner to pay a sharing fee.”

Netflix has experienced complications in its password-sharing crackdown, especially as it has struggled to prevent itself from falsely flagging some accounts. Yet it has been confirmed that Netflix will be implementing changes to password sharing to end it for good in the US.

It is unknown when the date will be, but it is advised for password sharers to make their subscriptions, or primary account owners will have to pay a more fantastic price.