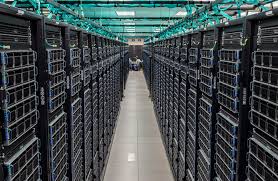 Over the years, supercomputers have supported various practical commercial solutions.

Supercomputers have assisted in locating oil fields, automobile development, and mapping the human genome. Because of increased efficiency, high performance computing has witnessed a ride in popularity with specialised researchers.

The modern iteration of what was formerly known as supercomputing is called high-performance computing (HPC). A tool for science and engineering, HPC makes advantage of cutting-edge hardware, software, and algorithmic developments.

Today, businesses of all sizes use HPC to speed up time to market and maintain a competitive advantage. According to MarketsandMarkets, the HPC market is anticipated to increase from USD 36.0 billion in 2022 to USD 49.9 billion by 2027, at a CAGR (compound annual growth rate) of 6.7 percent.

Supercomputers have undoubtedly improved in terms of power and speed. This remarkable performance boost was accompanied by a significant increase in power usage.

Supercomputers and HPC workloads typically use enormous quantities of electricity, produce a lot of heat that shortens component lifespans, and incur millions of dollars in cooling costs. An average supercomputer uses 1 to 10 megawatts of power, which is equivalent to the electricity requirements of roughly 10,000 houses (a 2019 estimate).

The largest issue facing next-generation supercomputers is rising energy usage, according to some sources.

According to Dr. Venkat Mattela, Founder & CEO of Ceremorphic, a semiconductor player in the field of Energy Efficient AI Supercomputing, “The amount of energy needed in data centres to support current and future computing needs for high performance and machine learning is rising. At the same time, because sophisticated nodes have such a large number of processing units, reliable and secure computing has become a challenge”.

For example, AMD (an American multinational semiconductor company) plans to boost energy efficiency across all of its high-performance computation (HPC) platforms by 30 times by 2025.

Players will still have a difficult time achieving this lofty objective, though. The Exascale computing community is engaged in a multifaceted discussion about energy-efficient computing.

“Significant modifications to a supercomputing system are both disruptive and costly since it is an ecosystem. All components of the ecosystem, as well as their linkages, must be considered while building future generations of supercomputers,” says Mattela.

In his opinion, supercomputer demand will be driven in this and subsequent decades by AI/ML(machine learning) . New machine learning models' emergence and big models' performance requirements will increase the need for HPC.

Leadership Through Artificial Intelligence: The Rise Of A New Normal