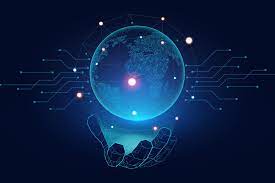 It is undeniable that an incredible “technological boom” characterizes the 21st century. This advent, also made possible (and faster) by globalization, shapes traditional methods of facing and dealing with conflicts. Indeed, all the actors are equally involved: international bodies use technological and IT improvement to collect data and carry out structural prevention activities. Criminal or terrorist groups organize themselves faster through social media, and government agencies use digital platforms to monitor the behavior of suspicious citizens.

In the contemporary world, it is objective to assert that a considerable technological advantage proposed by any faction turns out to be decisive in shifting the balance in its favor. Therefore, the focus will be on understanding how technology influences, and could influence, the course and the resolution of conflicts in a highly volatile context such as the one we are involved in.

A well-established operating model deals with conflict prevention and using data to intervene in unstable regions. As Michael Lund asserts, the aim is to mitigate tensions before they can turn into an escalation of violence. The watchwords are, therefore, anticipating and limiting. The development of highly efficient software and the constant data collection makes it possible to identify the early signs of a potential conflict, allowing prompt action. In this regard, it is logical to link with the activities developed by counterterrorism and intelligence. Using digital signals on the leading social and remote platforms, the correlation between events, threats and abnormal values is constantly monitored to anticipate suspicious activities.

What emerges from these initial considerations is a technological prevention framework. Despite the benefits these IT enhancements bring, some negative aspects need to be highlighted. Firstly, mentioning the right to privacy is inevitable. As we all know, various controversies have arisen regarding personal data for investigation purposes. The very famous case of Cambridge Analytical fits perfectly into the context. Through information extracted from social media, the company influenced Presidential Elections in the United States of America and in many other countries. It is implied how this sort of “new political means” are worrying and destabilizing for any kind of democracy.

Furthermore, social media are propaganda ground by all factions. It is easier to reach a high participation rate through them, and it is faster to get decision-making positions. Like terrorist cells recruit people loyal to a cause, at the same time, political factions use blocking or censorship tactics to look after their own interests; without forgetting the incredible impact of “fake news” on public opinion.

For these reasons, in unstable contexts, technology can be a double-edged sword. Of course, it is urgent to agree on a guide for the responsible use of data, emphasising transparency. As for social media, the problem is more severe than expected. The role proposed by the manipulators of public opinion represents an insurmountable obstacle to global democratic growth. Those with the right resources influence the course of events by coordinating protest actions and sharing thoughts on unfair biases. International bodies should strive to create regulations in these areas, both for the processing of personal data and to monitor the enormous potential played by the new communication channels.

Another point to address is related to sharing and access to new technologies. The main question should be how to integrate technological progress into backward contexts. The only possible solution is to stop the top-down method to promote horizontal development at all levels of society. Acquiring greater participation in preventive diplomacy tools should be the prerogative. Including the entire population in peacebuilding mechanisms is too important to ignore. New technologies must be supported by a progressive strengthening of local communities affected by conflicts. This project requires significant investments: people with few skills in the technological field should receive education and training to fully exploit their full potential and reach a suitable level of know-how.

Creating common ground and strengthening conflict prevention institutions and mechanisms appear to be winning moves concerning avoiding an escalation of violence. These facts are supported by the concept that cultural and ideological reasons that technology cannot consider in most conflicts of the 21st century. Therefore, the knowledge of the historical dynamics of a country must be a fundamental prerequisite for the intended use of strictly technological methods.

Moving to technology applied to armaments, history teaches us that competitive advantage in this field is a determinant for the course of the conflict. The choice of combat tactics is strictly inherent to military investments. Dragging the competition to more rudimentary levels is the only hope for not succumbing to more advanced technologies for less prepared factions. On the other hand, several sections could count on extremely precise and modern raids, war drones, and missiles. Although arms treaties remain a matter to be regulated and standardized, arms trafficking and their lethality remain crucial problems in the Middle East region. The damage caused by years of continuous bombing is irreversible. It puts a strain on citizens and the contribution of NGOs that find themselves operating in contexts of destruction and scarcity.

In dealing with the financial and economic aspects of conflicts, the international scenario operates in a volatile context. Technology shapes the economic status of any actor. The persistent threat posed by “cyber-attacks” makes the situation even more worrying.

Starting from the beginning, the definition of “economic war” took hold during the Cold War, one of the first cases of how we intend it today. Factors such as embargoes, boycotts, industrial espionage, dumping, and tariffs are all tools used to financially weaken the enemy. At the same time, this new form of conflict has characterized the last 20 years of recent history. Its potential is expressed by the enormous exchange of information and data brought by globalization. The removal of barriers and the progressive proximity made possible by online tools characterize the financial and economic framework, which has been affected by sharp IT progress. Despite this, it is more vulnerable to cyber threats.

Conflicts arise and also evolve for economic reasons. The constant competition between Arab countries for oil production is a clear example of what was just described. The presence of an expansive network of “horizontal inequalities” can be a triggering reason. This represents the common thread between “Economic conflict” and “conflict”: the risk is much higher when economic grievances are more deeply rooted. At the same time, as Keen argues, the “greed” factor linked to the activities of appropriation of a country’s natural resources can be an essential factor for the advent of a civil conflict in the future. This phenomenon was very present during the 20th century during the colonial era. If, in recent decades, this trend has diminished its impact, it is still a cause to be considered carefully.

So, to conclude, technology is present in many aspects when it comes to conflicts. The gap between world powers and small powers is enormous. In each section discussed in this article, the keyword is one: regulation. Primarily when we deal with the arms race, technology can become devastating. Institutions should intervene seriously on this issue.

Negative Effects of Cyber-bullying on Children

How Amazon Became a Threat to Democracy?