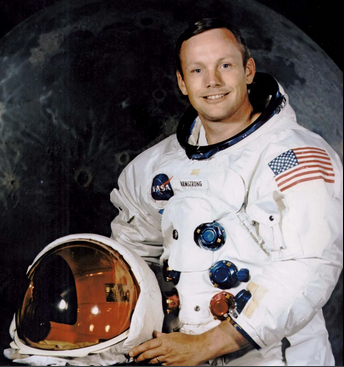 Over a decade, there have been such conspiracies over the '1960s' launch to the Moon.

Born in the 1930s, Armstrong grew up in Wapakoneta, Ohio and became a test pilot and professor. Armstrong also saw action in the 'Korean War in the early 50s; later, he earned a bachelor's degree at Purdue University.

Over the coming years, Neil joined the NASA Astronaut corps, where he would participate with Buzz Aldrin in launching the NASA for the moon program.

They spent 21 hours and 36 minutes on the Moon's surface, meaning they were the first to stand on it. It was a significant part of history, giving us a breakthrough in major technology enhancements.

It meant that anything was possible, but was it? All over the world, were shocked and enthralled by the news that Armstrong & Aldrin had reached the Moon.

Eventually, it would create a rift between believers and nonbelievers; some say, "We have all this technology now; why on earth can't we get to the moon now."

As far as some of it goes, maybe the truth lies in the photographs that seem to hold much of the fact; according to a source, "We have countless images, videos, lunar samples and scientific data to prove it. But more than that, human exploration has left its mark on the Moon's surface.

The lunar surface was mapped in 2009 with three or four orders of magnitude more resolution than had ever been achieved before, says Prof Ojha. "Every single Apollo landing site was photographed. Awe-inspiring."

Adding a new generation of lies and hoaxes to the conspiracies, which have either been covered up or remained a mystery to us all, Maybe they did land on the Moon, but as well as humans' minds go. Could it have been an excellent camera job? It's known before that aliens' autopsies were a significant fraud.

Today's technology is in an excellent state of evolution in getting to the Moon. Meaning that if the 1960s launch did happen? Why can't we get there now?


I will leave you there to go figure.