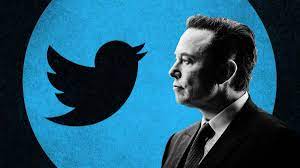 Soon, Twitter users can pay to access the blue and white tick. Elon Musk, the CEO of Twitter and the company's lone board member, acknowledged last week that blue tick will cost money. Users that require the blue tick must make a monthly $8 payment. The $8 subscription details have not been confirmed by the company.

To begin with, iOS users in a few countries can subscribe to Twitter verification. These markets include the UK, Australia, New Zealand, the US, and Canada. When a Twitter user enquired about the arrival of the verified subscription in India, Musk replied, "Hopefully, less than a month." The price for the blue tick in India hasn't yet been disclosed.

In the aftermath of the significant layoffs, the microblogging network is advertising a new upgrade that provides information about the Twitter verification subscription. At first, the update will only be available to iOS users. The Bluetick membership will be offered for $7.99 a month, according to the updated details.

Along with the blue tick, the subscription will also include several additional benefits. It will provide half the advertisements and "Far better ones. We're going to reward you with half the advertisements and make them twice as relevant since you're helping Twitter fight the bots” the update said. Longer videos will also be allowed to be posted on the site by Blue users.

Additionally, the membership will provide high-quality material preferential ranking. Your content will be given priority in searches, comments, and replies. This makes fraud, spam, and bots more visible, the news update said.

The company is working on a variety of new features for forthcoming updates, according to Twitter CEO Musk. Twitter will soon make it possible to attach long-form text to tweets, which would put an end to the ridiculousness of notepad snapshots. Additionally, he stated that "creative monetization for all sorts of material" is also on the way and that more information would be made public in two weeks.