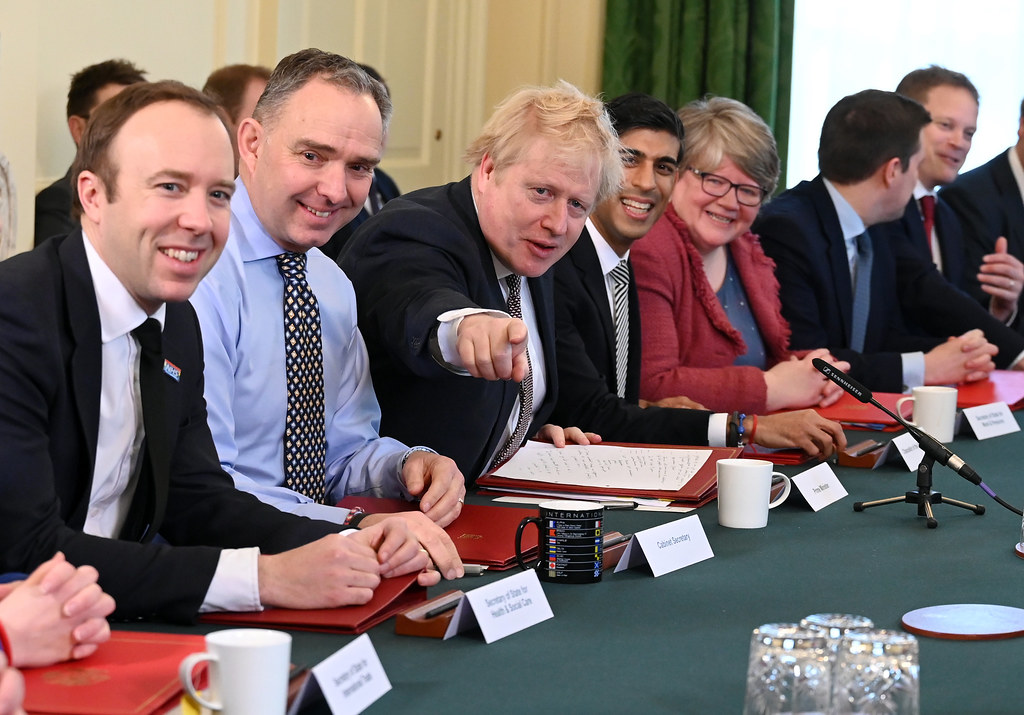 Boris Johnson announced on July 7, 2022, London time that he would be stepping down as the Prime Minister of the UK and the head of the Conservative Party. But he is expected to remain in place in a caretaker role until a new leader is announced in the autumn.

A day before, Johnson told a parliament committee that he would not resign despite the tremendous pressure from opposition parties and his cabinet. “I am not going to step down and the last thing this country needs, frankly, is an election,” said Johnson.

Within two days, over 50 officials at different levels resigned from his cabinet to force Johnson to step down. The most important two of them are the Chancellor of Exchequer Rishi Sunak and the Secretary of State for Health and Social Care Sajid Javid. A noteworthy point is Sajid Javid is promoted and appointed by Johnson himself.

According to BBC, Sunak and Javid accused Johnson of turning a blind eye to a sex scandal involving his parliamentary ally, Conservative Deputy Christopher Pincher. Their accusation seems to be the fuse of this wave of resignation.

The Fuse of the Cabinet Crsis

Pincher resigned as Deputy Chief Whip of the Conservative Party last week after being accused of sexually harassing two male customers at a London club and even touching one of them in the privates. He said in the resignation letter that he was too drunk at that time, making himself “embarrassing” and other people “disgruntling.”

The British government later told the media that Pincher had admitted to gross misconduct, but would remain to be a parliament member and would not face other sanctions.

What irritates other Conservative Party members is that despite Pincher having been inflicted with similar accusations between 2019 and 2020, Johnson still appointed him to be the Deputy Chief Whip of the Conservative Party. The story then evolved to be a suspect to Johnson. Does Boris Johnson already know the personality of Christopher Pincher? Does Johnson hold the same standard to evaluate other party members?

Johnson told the media last week in his office that he knew nothing about the negative parts of Christopher Pincher’s historical records. But a few days later, with fresh allegations that arose, Johnson changed his tone and said he did not “immediately recall the conversation in late 2019 about this incident.” He added: “The position is that the prime minister acted with probity at all times.”

On the night of July 4, an independent political journalist revealed that Johnson had already known Pincher’s negative records before Pincher was appointed to be the Deputy Chief Whip of the Conservative Party. The journalist released several scripts of the private conversations between Johnson and related party members and governmental officials.

The former foreign office chief Simon McDonald joined the war against Johnson last night and told the media that Pincher had been formally investigated in 2019 and Johnson knew it. He wrote in an open letter that “the original No 10 line is not true and the modification is still not accurate. Johnson was briefed in person about the initiation and outcome of the investigation.”

After the letter, Johnson admitted he knew about the investigation case but he just “forgot” it. Later, Johnson told the media in person that appointing Pincher is “a great mistake.

Sunak and Javid sent their resignation letters to Downing 10 yesterday. Sunak said in his letter that “the public rightly expects the government to be conducted properly, competently and seriously.” Javid said: “the problem is from the higher level” and “it is clear to me that the situation will not change under your leadership.”

Some suspect that Johnson may still get a chance to do something. However, a poll from YouGov shows that over 69% of British citizens and over half of the Conservative Party thought Johnson should resign. Hence, having earlier re-election is also risky for Johnson