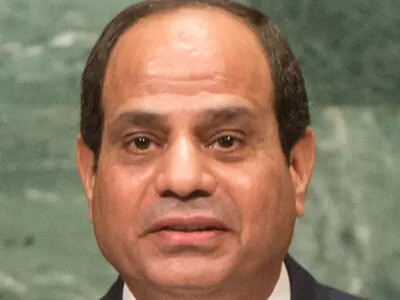 As Egypt hosts the Conference of the Parties of the United Nations Framework Convention on Climate Change (UNFCCC) (Cop27) this year, the nation’s president, Abdel Fattah Al-Sisi, shows a solid commitment to confront the emerging climate crisis. However, Al-Sisi’s pledge is overshadowed by the persistent abuse of human rights under his rule.

The circumstances of Abdel Fattah Al-Sisi’s rise to power in 2011 began in Tunisia. In December of the previous year, 2010, Mohammad Bouazizi’s vegetable stand was seized by the Tunisian government under the premise that Bouazizi did not obtain a government-issued permit to sell. After the seizure, Bouazizi went to the provincial government building to discuss the matter in hopes of a resolution to which he was ignored.  The harsh response from the Tunisian government led to Bouazizi’s self-immolation. Bouazizi’s protest and death sparked a series of outbursts and inspired a revolution. Eventually, the president at the time, Zine El Abidine Ben Ali, abdicated and fled Tunisia. Soon after, the nation’s first democratic parliamentary elections commenced in October 2011.

The victorious political shifts that stemmed from the protest in Tunisia inspired consequent demonstrations in Libya, Syria, Yemen, Bahrain, and Egypt. (This period is colloquially known as the Arab Spring.)

Encouraged by the calls for democratic reform and transition, in January 2011, Egypt began nationwide protests demanding the resignation of President Hosni Mubarak. Mubarak took power as part of the National Democratic Party (NDP) after the assassination of Muhammad Anwar El-Sadat in 1981. Mubarak spent the first few years of his presidency correcting some of the errors of Sadat’s presidency, such as releasing his political prisoners. Mubarak additionally prosecuted those that plotted Sadat’s assassination. However, his decades-long ruling took a turn in 1995 when he passed a law that would allow for the imprisonment of journalists and other party leaders who publish incriminating news about Egypt’s officials. Mubarak’s commitment to this ruling continued well into the 21st century. The continual pattern of oppression, dissent, and suppression of political expression, coupled with the events transpiring in Tunisia, led to the coup-d’état that removed Mubarak from power in early 2011.

Egypt subsequently had its first democratic election in 2012, electing Mohamed Morsi as its leader. Morsi was a member of the Muslim Brotherhood, an Islamist organization founded in Egypt in 1928 and, therefore, generally represented the organization during his tenure. The organization had gained notoriety from its violent demonstrations, but it officially rejected violence in the 1970s. Regardless, this violent past of the Muslim Brotherhood has followed the organization and Morsi’s short-lived, year-long presidency. According to his opposition, Morsi’s inability to mend Egypt’s economic and political strife deemed him unfit to rule. As a result, a slew of protests engulfed Egypt once more. On July 3rd, 2013, Abdel Fattah Al-Sisi, a representative of the Supreme Council of the Armed Forces (SCAF), declared that the insufficiencies of Morsi’s rule had now necessitated military intervention. The military followed to take hold of the government, and Morsi was immediately imprisoned. In the months following, violent clashes between Morsi enthusiasts, challengers, and the Egyptian military became frequent. Despite Al-Sisi’s claim to have no interest in politics (in 2014) Al-Sisi ran for president and was elected with 97% of the vote.

Quickly following his appointment as president, three journalists suspected of publishing false reports in collaboration with the Muslim Brotherhood were sentenced to prison. As time progressed, protestors, human rights activists, and others who spoke out against faults under Al-Sisi’s governance were also arrested. In 2019, Amnesty International reported on Al-Sisi’s mass arrests; from the middle of September to early October 2019, Al-Sisi arrested over 2,300 people on suspicions of dissent. Official numbers of those sentenced on account of these allegations have not yet been finalized, but some estimates in 2019 have the figures close to 65,000 political prisoners. Notably, one of them is Alaa Abd El Fattah.

Alaa Abd El Fattah, a British-Egyptian software developer and activist, began his involvement in Egyptian politics during the 2011 uprisings against Hosni Mubarak. However, under Al-Sisi rule, in 2015, El-Fattah was sentenced to five years in prison on account of “violating protest laws” during the coup against Mohamed Morsi. After serving four years, on March 2019, El-Fattah was discharged on probation. However, it wasn’t long until he was detained and sentenced to another five years for disinformation. After his family and the British government failed to release him from prison, El-Fattah began his hunger strike on April 2nd, 2022. On November 1st, 2022, he intensified his hunger strike by refusing all liquids.  His timing, at least for Al-Sisi, couldn’t have been worse.

The annual Conference of Parties to the United Nations Framework Convention on Climate Change (Cop7 was held this year in Sharm El Sheikh, Egypt, from November 6th to November 18th. During the conference, Heads of State representing countries internationally, alongside climate activists and many others, convened. The convention’s primary purpose is to discuss the development since the last convention and to further confer on mitigating the effects of the climate crisis. President Al-Sisi commented that the threat of the climate crisis can only be diminished through “concerted action and effective implementation.” With attention on Egypt, Alaa Abd El Fattah’s fast has garnered international attention and sympathy. Here, the paradox for Al-Sisi emerges.

Abdel Fattah Al-Sisi’s commitment to preventing the loss of life at the hands of climate change is convoluted by his human rights violations. Al-Sisi policies, in the past and now, continue to threaten life, particularly for those who speak out against the government. As all eyes  are on Egypt following the Cop27 and Egypt’s domestic affairs will be under close watch. The developing stories about the hindrance of free speech and journalistic endeavors have sullied Al-Sisi’s image. How Al-Sisi responds will be heavily critiqued by the international community. International attention may force Al-Sisi and his government to adjust their approaches to political criticism. However, the precedent of the Arab Spring contributes to Al-Sisi’s fear of uncensored speech.