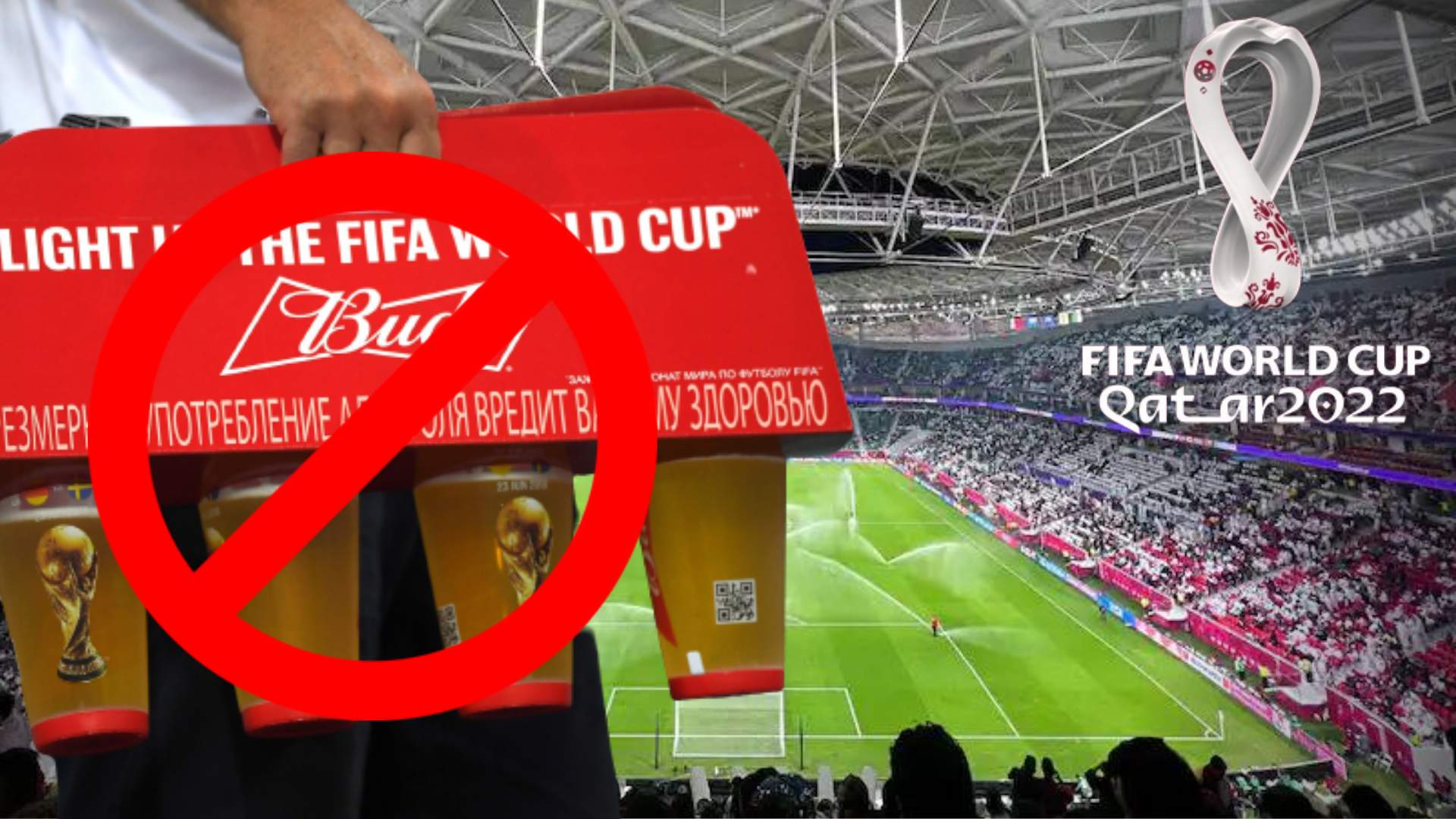 The FIFA World Cup was about to begin when Qatar released a statement that the football stadiums were banning alcoholic beverages. Some time ago, Khalid Salman was reported to have said in an interview that homosexuality is "damage in the brain," which made many LGBT+ people fear hostility in Qatar. While western countries and cultures have legalized same-sex marriages, Qatar still holds onto Islamic values and demands respect for the culture.

While the statement by Salman caused protests in Switzerland, The officials of FIFA stated that the LGBT+ and Queer community must not fear a lack of security or hostility. But recently, Qatar again came into the headlines when the news came out that alcoholic drinks such as beer or other liquor that causes intoxication will not be allowed in the stadiums. It won't be sold at the stadiums as well.

According to Al-Jazeera, the ban on beers received mixed reviews. While some people are happy with the ban, some retaliated. The policy was changed two days before the start of the tournament. The fans who enjoyed alcohol during the game were disappointed with this late decision when they had already bought the tickets. The Football Supporters Association (FSA) also criticized the ban on alcoholic drinks and the timing of the decision.

The spokesperson of FSA stated that people enjoy beer during the game, and this last-minute decision to reverse the sale of beer in the eight stadiums where the matches were to be played shows the lack of communication between the organizations.

While this raises concerns about other promises made by Qatar twelve years ago when it was selected as the country for the next FIFA World Cup, many people are worried whether they will stick to their promises of accommodation, cultural issues, and transport. Alcoholic drinks will still be available to people outside the stadiums, in restaurants with the license to serve alcohol.

The people's concerns are valid because, in western culture, having a beer while watching a game is a norm. This is what fans usually do while watching a game. Since Qatar is hosting the Word Cup of 2022, an estimated 300 million US dollars has been spent on the stadiums, making it an expensive World Cup in history.

FIFA World Cup is important to Qatar as it marks its first time in history to be hosting a big tournament. It will be a new way for Qatar to mark its presence and show its prestige in football stadiums worldwide, giving it the fame it deserves. Qatar has been trying to build hotels and stadiums for twelve years to accommodate the players and people.

Budweiser has been a long-time FIFA sponsor, and the official beer drink during the tournament would have to be moved to a more discreet location away from the stadiums. While this complicates the relationships between FIFA and Budweiser, which pays 75 million every four years to be the sponsored and official beer at the tournaments, it raises the question as to why FIFA authorities couldn't make Qatar change their policies for the World Cup when in 2014 FIFA made Brazil change the laws on the availability of alcohol in the stadiums.

The FIFA World Cup starts on 20th November 2022 and ends on 18th December 2022. A month-long tournament will allow Qatar to build an image as a sports hub worldwide despite the backlash it has received over the LGBT+ remarks.