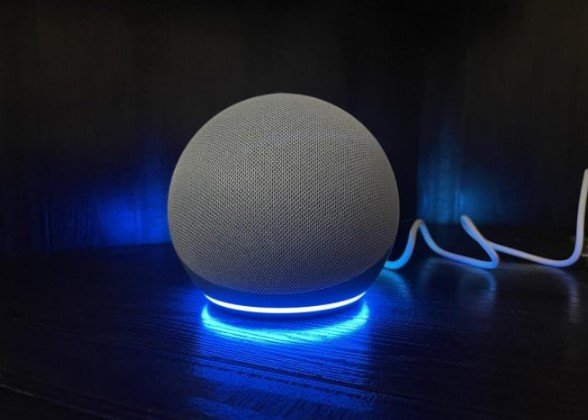 It is no secret that the rapid advancement of technology has led to the creation of new products that have never been seen before. The majority of these new creations and models are built for the purpose of making our daily lives easier through convenience.

One major example of these devices is Amazon’s voice assistant Alexa. Alexa is a virtual assistant technology that’s main purpose is to make your life easier and simpler by providing help. All you need to do is ask Alexa a question and she immediately follows orders. Examples of tasks that she can undertake is telling you about the weather, reading the time, playing a song, call anyone from your contacts and more.

A revolutionary feature that is soon being implemented to Amazon’s Alexa is that the device can now replicate the voices of one’s relatives, even dead ones. This was recently announced by Amazon developers during the Re:Mars conference in Las Vegas in 2022. However, they have yet to mention an exact date for the enforcement of this new feature. Instead of only sounding blank and automated, the virtual assistant may now be able to sound like the owner’s family members and loved ones.

During the event, it was reported that Amazon demonstrated an example of this new feature where the machine read a nighttime story to a child in the voice of his grandmother. This incredible feature shocked everyone attending the event. What was even more interesting was that Alexa managed to sound so humane compared to what is usually expected from the robotic device. Rather than sounding unnatural and blocky, the device was able to mimic the relative’s voice to sound innate and authentic.

Now as many have asked, why would Amazon add this feature to Alexa? What is the reasoning behind this new feature? According to Amazon’s Senior Vice President Rohit Prasad, the addition of this new feature to Alexa will help to build a sense of empathy and familiarity between the device and owner. Instead of having a machine that sounds automated and robotic to fulfill all the daily tasks, users may now hear the voice of a loved one leads to the building of warmth.

This has inevitably raised concerns regarding the extremity to how this feature may be used or abused. In addition, this seemingly sci-fi and dystopian feature leads to a question of thinking about how rapidly technology is developing. A decade ago  this idea would not even be considered as possible, however we are now in the stage of life of where it could be in the near future.